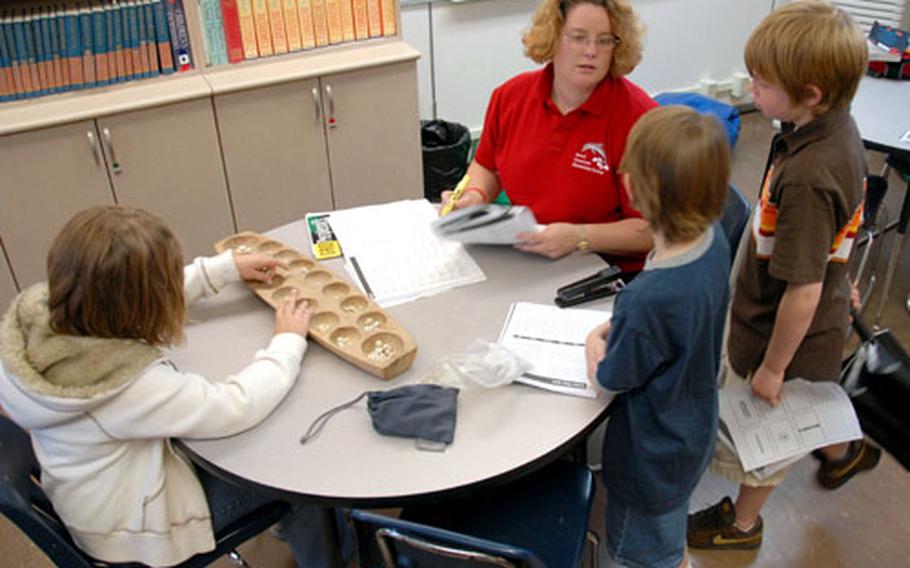 SEOUL &#8212; Aimee Guignon has more in common with her students than the fact that she&#8217;s a student herself.

Born in Germany, the 35-year-old often changed schools as she moved around the world with her family &#8212; to Egypt, Indonesia, Saudi Arabia and to several cities within the United States.

So when new students join or leave Seoul American Elementary School, Guignon points to her own background when she tells them not to worry &#8212; they&#8217;ll be OK because they&#8217;re going to learn about a new place and make new friends.

&#8220;I can tell them and show them from my own experience,&#8221; said Guignon, a gifted-education resource teacher at SAES, a doctoral student and the recently announced Department of Defense Dependents Schools-Korea District Teacher of the Year. &#8220;I want to share it with them and be able to say, &#8216;Hey, it works.&#8217;&#8221;

Peter Grenier, assistant district superintendent, said Guignon&#8217;s experiences and her ability to share them with students contributed to her winning the award.

&#8220;She&#8217;s very organized, she has vision, she has high expectations for student performance, and she&#8217;s able to communicate that to her students and to the parents of the students she serves,&#8221; he said.

Guignon, whose father worked for Mobil Oil Corp. after he left the military, attended private foreign schools and worked at a private school in McLean, Va., before moving to Seoul American 10 years ago.

Now, when somebody asks her where her hometown is, she usually says Seoul.

Guignon works with 75 students a day and describes her classroom as &#8220;chaos.&#8221; Students work on individual projects, often tailored to their own interests, designed to enhance what they learn in their normal classrooms.

Her goal is helping students find something they&#8217;re passionate about.

When Guignon leaves school, she goes home, makes lesson plans and then does her own homework. She is taking online classes through Walden University to earn a doctorate in school psychology.

Guignon said she has a hard time explaining to her students why she&#8217;s still in school.