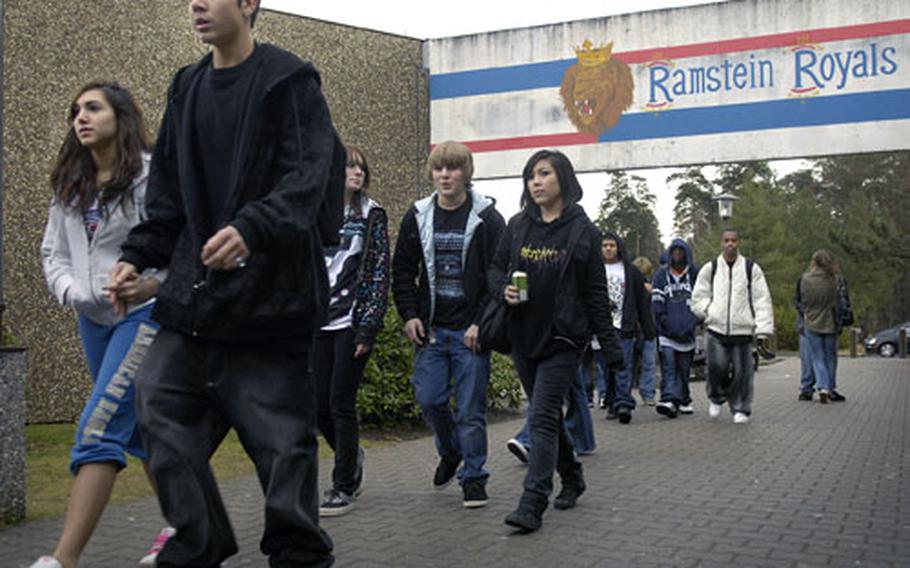 KAISERSLAUTERN, Germany &#8212; DODDS-Europe principals have been ordered to shore up their record keeping after it was found the school system does not have an accurate account of unexcused absences.

School clerks will go through thousands of attendance records in hopes of correcting what is believed to be hundreds of data entry errors, said Maggie Menzies, spokeswoman for Department of Defense Dependents Schools-Europe.

In an internal memo sent to school administrators Friday, director Diana Ohman wrote that it is &#8220;vital&#8221; to input the correct absentee data into the school&#8217;s Web-based system. Unexcused absences that are later excused must be recorded daily in a &#8220;timely manner,&#8221; she added.

The message comes four days after DODDS-Europe released 2&#189; years of attendance statistics that school officials now say are wrong and probably do not give an accurate picture of truancy.

Administration officials said that until the audit is complete, they have no accurate figures on the number of excused and unexcused absences for schools across the region. Nor do administrators have an accurate figure for the number of children who are habitually truant &#8212; those who consistently skip school and face suspension.

Stars and Stripes requested attendance figures last week after the Army garrison commander in Grafenw&#246;hr expressed concern about the rise in truancy at schools in his area. Last month, Col. Brian Boyle wrote about the problem in a command message and appealed to parents for help.

Despite his concerns and the lack of accurate statistics, top school administrators insist that truancy is not a major problem. They said they base their appraisal on mostly anecdotal evidence from principals, who are responsible for tracking attendance at their individual schools.

Harvey Gerry, the Education Division&#8217;s chief, and Sue Gurley, DODDS-Europe chief of staff, said last week that the school system has not taken a close look at absenteeism because nobody had sounded the alarm about the issue until recently.

Schools in the U.S. are required by federal law to track absenteeism and make them available to the public. But military schools overseas are not included in the No Child Left Behind Act of 2001, which bases federal funding for schools on such things as attendance rates.

Both Mannheim High Principal Sharon O&#8217;Donnell and Wiesbaden High Principal Eric Goldman questioned the percentage of unexcused absences at their schools when asked about the figures.

After school officials looked closer at the data for various schools, they discovered that numerous errors had been made, Menzies said. In most cases, clerks failed to change unexcused absences to excused absences upon receipt of a parent note.

While schools will need to review absences over the past school year, Menzies said they have no deadline to complete the task. Although school officials believe the audit will show there are fewer unexcused absences than initially reported, Menzies acknowledged that it would be difficult to obtain accurate truancy rates for past years because of the time involved.

Truancy has become a major problem with some school districts in the United States, and superintendents have carried out various programs to lower their rates and keep better track of the situation. Some schools employ truancy officers to help crack down on students cutting class.

That&#8217;s not the case at DODDS. But some changes have made it more difficult for students to play hooky.

Each principal has his or her own policy on preventing truancy, Menzies said. For example, one principal forced students who missed class to make up the lost days by coming in over Christmas break.

Two years ago, the school system tightened the rules on absences. Also, a new Web-based program is being tested that allows parents to track attendance online.

Matt Syarto, the chief of staff for the Kaiserslautern school district, said only teachers who volunteer are taking part in the pilot program. So far, he said both teachers and parents have raved about it.