DODDS responds to complaints about bullying 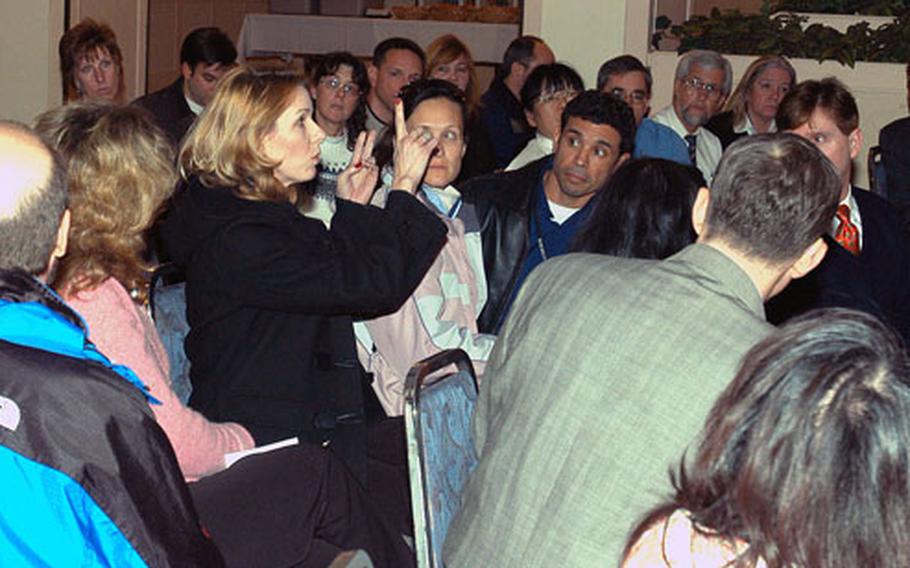 Members of the U.S. Embassy community in Seoul question DODDS personnel about problems with bullying in the schools during a Thursday night meeting. (Jimmy Norris / S&S)

Members of the U.S. Embassy community in Seoul question DODDS personnel about problems with bullying in the schools during a Thursday night meeting. (Jimmy Norris / S&S) 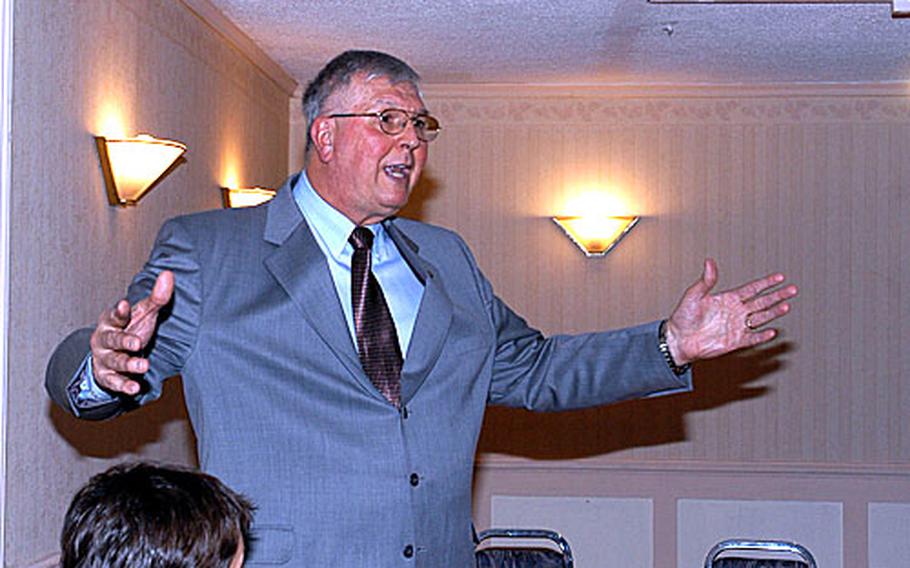 Many of the parents recommended more supervision on the playground and other areas within the schools. Few parents had negative comments about the middle and high schools but some specifically cited Seoul American Elementary School for disciplinary and classroom problems.

One couple said they pulled their kids from the school last year, while a few others said they wished they had.

&#8220;If parents would have gone earlier to school advisory meetings, we could have implemented changes a lot sooner,&#8221; he said.

Within the next two weeks, lunchroom monitors also will receive new training on dealing with bullying behavior, Grenier said.

The State Department pays DODDS up to about $19,000 per child, depending on grade level, if its employees choose to send their children to the on-base schools.

&#8220;There is a disconnect between the theory and the practicality,&#8221; said parent Pat Caprigliore of the school&#8217;s anti-bullying program.

Another parent said she regretted not pulling her son out of the elementary school, calling it &#8220;the worst year of his life.&#8221; However, she had only positive things to say about the middle school.

A father who pulled his daughter from Seoul American Elementary School after last year said embassy parents should not send their children to DODDS schools until drastic changes are made.

Bricker said his daughter was forced to act as a &#8220;slave&#8221; to another student by doing what the child asked so other children wouldn&#8217;t bully her.

Some administrators and teachers who attended the meeting said they were surprised by the parents&#8217; comments.

&#8220;I didn&#8217;t know all that you&#8217;re sharing with me, to be completely honest with you,&#8221; said DODDS South Korea superintendent Charles Toth, who then promised to look into adding more help.

If you&#8217;re concerned about bullying in DODDS schools or have your own story to tell, e-mail Erik Slavin at: slavine@pstripes.osd.mil