DODDS pupils are put to the test this week 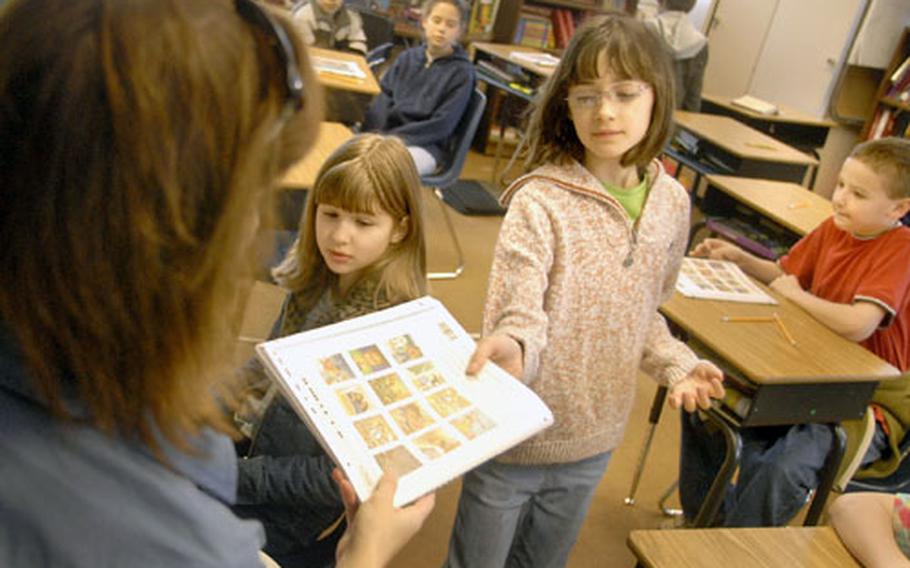 On the other side of the door, fifth-graders from Landstuhl Elementary and Middle School are about to take the science portion of their annual TerraNova standardized test.

A few students anxiously dive into the booklet and get to work, but many appear indifferent.

A lot is riding on the test, which pupils at most Defense Department schools across Europe are taking this week. Their scores will serve as a gauge on how they compare to other students across the United States.

The results also will serve as a measuring stick on how well teachers are doing their jobs and the school&#8217;s overall performance, in addition to helping shape the curriculum for next year and beyond.

While Defense Department schools have consistently performed above the national average on standardized tests, the examinations have come under fire. Standardized testing has become increasingly important and equally controversial since the passage of the 2002 No Child Left Behind Act, one of President Bush&#8217;s marquee domestic initiatives.

The federal law&#8217;s emphasis on mandated testing is what has riled many educators and has fueled calls for a major overhaul on Capitol Hill.

Those who favor the tests say they help parents and educators measure academic strengths and weaknesses so that they can help pupils boost their overall academic performance. Critics charge that standardized tests do more harm than good.

All Defense Department school students between third and 11th grade take the TerraNova test every March. In about six weeks, parents will receive the test results, which show how their child performed in comparison to other students who took the test across the U.S.

But every state doesn&#8217;t give the test. Many states, including California, have their own test. Plus, there are other companies that offer different tests.

Janet Rope, who oversees the Defense Department school systems accountability, research and assessment division, acknowledged the TerraNova test isn&#8217;t perfect, but it&#8217;s not the only method used to measure a student&#8217;s performance and academic potential.

One of the most important pieces of data is from teacher observations, educators say.

Henry, who has taught for five years, said some pupils are smart and know the subject in class but do poorly on the test because they aren&#8217;t good test takers. She said it is important for parents to encourage their children to do well on the tests but not measure their ability entirely on a yearly, multiple-choice exam.