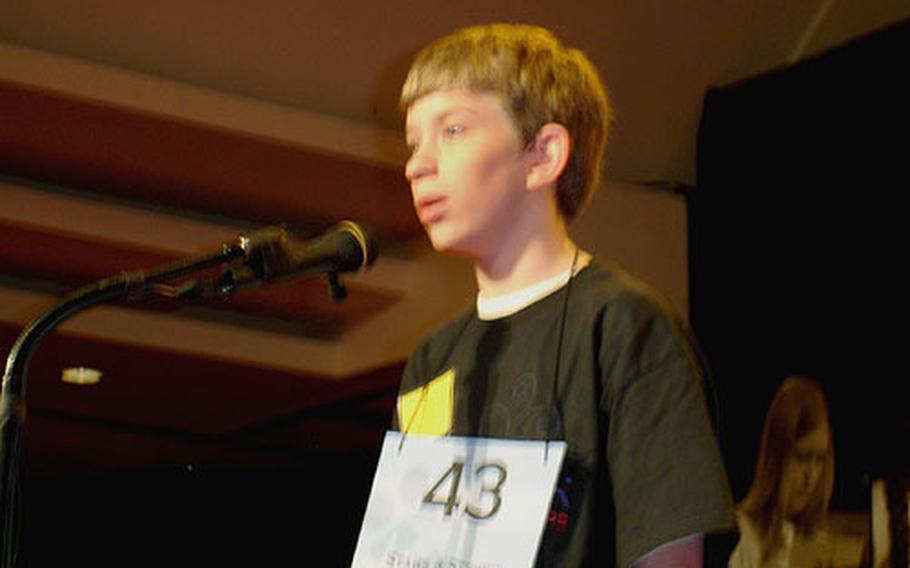 WASHINGTON &#8212; Sometimes the luck of the draw just plain works against you.

Calvin Lau, a 13-year-old Schweinfurt Middle School in Schweingfurt, Germany, was eliminated after the second round of the National Spelling Bee on Wednesday.

The word he tripped on? Upaithric.

&#8220;I really started with flash cards and stuff, and he started reading when he was really young.&#8221;

Calvin was eliminated after a 15-word written test that makes up the first round, and missing his word in the second round. Scores are calculated by combining the two rounds &#8212; one point each for the written words, and three points for getting the oral word.

Was he nervous at the microphone?

Calvin was pretty laid back about the whole thing, despite the disappointment. Any advice for next year&#8217;s DODDS competitor?