DODDS-Pacific students get into the act during Kubasaki drama festival 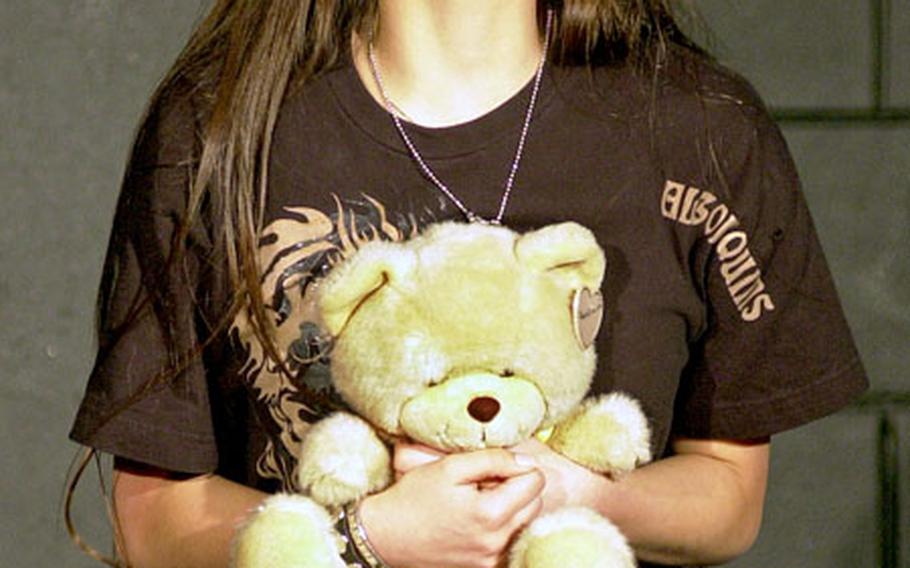 CAMP FOSTER, Okinawa &#8212; The halls at Kubasaki High School were filled with more drama than usual last week, but it wasn&#8217;t due to typical teenage problems. It was because the school was filled with actors.

More than 150 students from the 13 Department of Defense Dependents Schools high schools throughout the Pacific converged at Kubasaki for the annual Far East Speech and Drama Festival.

Each school fielded a drama team of up to 12 students, according to Kathryn Nielsen, this year&#8217;s festival director. The students had to perform in at least three events, but no more than five. There were a total of 11 events, Nielsen said, ranging from comedic one-person pantomime presentations to one-act plays involving a whole team.

Many of this year&#8217;s performances addressed current issues and topics important to teens.

&#8220;I was duly impressed with each performance I saw,&#8221; Nielsen said. &#8220;Their practiced roles entertained audiences, impressed judges and caused many a tear in a gut-wrenching emotional tug-of-war all our students fear.&#8221;

One performance that had both students and faculty members talking was that of Angela Watts, a sophomore at Kinnick High School in Yokosuka, Japan. She performed a solo piece called &#8220;My Dad Left the Country Today,&#8221; and it dealt with a topic familiar to many of the students.

She played a girl whose father deployed for six months in support of a war. The short piece featured all the emotions the character dealt with and ended with the girl waking one morning to a man&#8217;s voice. When the girl came down the stairs, she saw a green uniform and thought it was her father, but by the time she reached the bottom step, she realized it was another man delivering some bad news.

&#8220;I picked it because I thought it was a nice piece with a lot of emotion in it,&#8221; said Watts, who was participating in the festival for the first time.

All performances are graded, Nielsen said. Drama pieces are judged on such things as empathetic portrayal of a character, dialogue tempo, interaction among characters and structure of the play or scene. The public-speaking categories are graded on things such as delivery, organization, development of topic and use of language.

Most students involved in the festival are or have been enrolled in drama classes at their schools, Nielsen said. Each team&#8217;s coach chooses the students who will represent the school at the festival.

Drama students hold the Speech and Drama Festival in &#8220;high esteem,&#8221; appreciating the opportunity to perform before their peers, Nielsen said.

&#8220;They discussed the effect of competition upon performance today,&#8221; she said. &#8220;[The] conclusion is that it heightens the level of performance, emotion, characterization, [and provides] the opportunity to grow both academically and socially.&#8221;