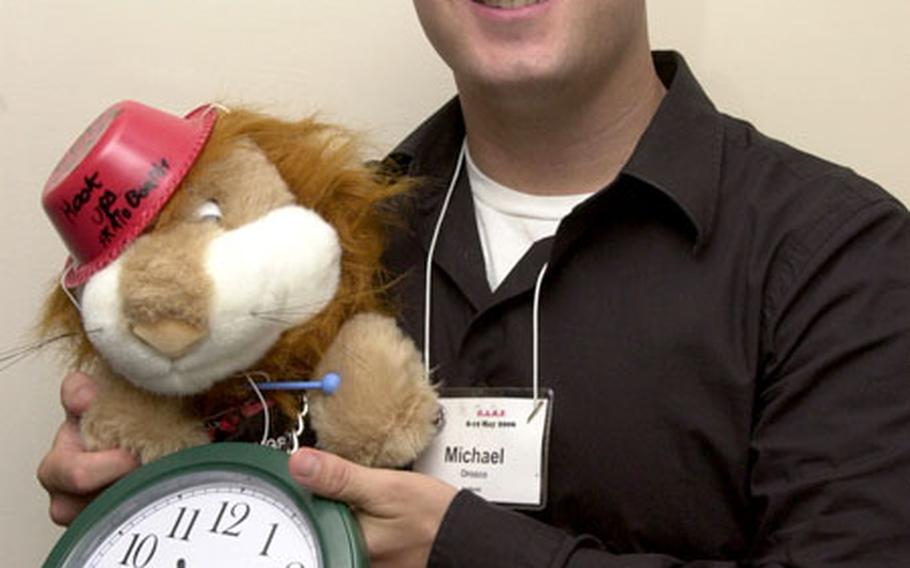 TORII STATION, Okinawa &#8212; More than 20 military police officers and several civilians from throughout the Pacific are currently undergoing training here to educate children on the dangers of drugs and how to avoid them.

A handful of stateside police officers and one teacher were brought to Okinawa by the Department of Defense Dependents Schools Pacific headquarters to teach the students about the Drug Abuse Resistance Education program, according to Rafael Morales, a Connecticut State Police officer who was the training facilitator.

The annual D.A.R.E. training is held at DODDS-Pacific headquarters and the training graduates return to their installations and teach the program at their assigned schools. D.A.R.E. students going through the training, May 8 to 19, are from Okinawa, mainland Japan, South Korea, and Guam.

The 10-day training gives the soon-to-be D.A.R.E. officers nearly 100 hours of instruction on topics such as the program&#8217;s curriculum, public speaking and classroom management, Morales said.

The public speaking portion is a big part of the training. Morales said students must think on their feet, and are given one word on which they must make a two-minute presentation. From there they build up to giving a full 45-minute lesson.

In addition to learning the curriculum, Morales said, those in his course improve themselves.

&#8220;The number one thing is they learn about themselves and become better people,&#8221; he said. &#8220;Everything starts with yourself &#8230; you have to check your attitude at the door. This is not just for them to go into the classroom, but to teach them how to be better people.&#8221;

Orozco said he became interested in the training after talking to a D.A.R.E. officer.

Morales said after the course the officers remain certified as long as they teach D.A.R.E. classes. Their certification is good anywhere in the world, he said.

For those who may have to stop teaching, an annual online exam can keep them current, or a refresher course may be needed.