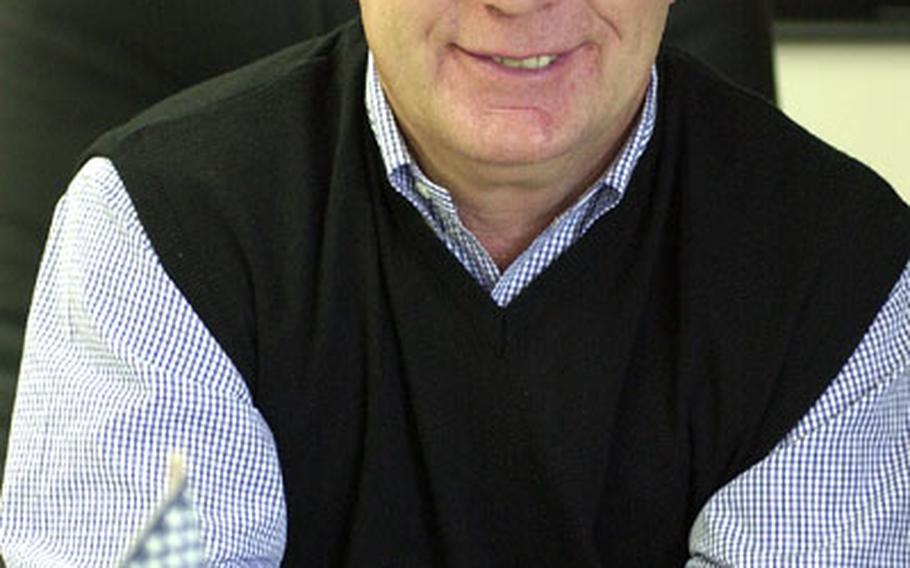 TORII STATION, Okinawa &#8212; For 35 years, Jeff Martin has been a fixture in the Department of Defense Dependents Schools system, from Germany to Spain to Okinawa, from teaching health, business and physical education to holding high-level administrative posts.

That ends Thursday when Martin leaves his post as chief of staff, the No. 2 position within DODDS-Pacific, to retire.

Martin and his wife, Faith, will join their son, Brett, in Phoenix.

Of all Martin did as chief of staff, he says, his main passion was coordinating activities DODDS-Pacific offers its students outside the classroom.

That focus, he said, may have sprung from not being &#8220;a great scholar ... I was always involved with activities and I can see that a lot of my successes were in activities, whether it was drama or sports.&#8221;

Originally from Milton, Mass., Martin graduated from Salem State University, near Boston, in 1969, and had been teaching in Connecticut when he and his new bride, Faith, decided to go to Europe to ski and seek a teaching job overseas.

The first three years were spent teaching and serving as a drug counselor at Mannheim.

Torrejon Middle School in Spain followed, then his first administrative stint, as health and physical education counselor and interscholastic sports czar for the DODDS&#8217; Mediterranean district.

The call came in 1987 from Dr. Jerry Bloom, his former boss in Spain and then DODDS-Pacific director. Bloom wanted Martin to take his first administrative post in the Far East: assistant principal of Kadena High School on Okinawa.

After two years at Kadena High, Martin moved up to the DODDS-Pacific regional office in 1989, where he has remained in various capacities, including his current chief-of-staff post.

Working with the Pacific schools, particularly Kadena &#8212; from where his two sons, Brett and Matthew, graduated &#8212; and Kubasaki high schools on Okinawa, was the main benefit, he said.

&#8220;You can&#8217;t find two better high schools than Kadena and Kubasaki. Top-notch faculty, curriculum and great activities. The enthusiasm of the faculty. It&#8217;s the size, a little bigger than some of the other schools, so they can offer more than some of the smaller schools.&#8221;

Working for Bresell was another major plus, Martin said.

Bresell said she sees qualities in Martin that will be hard to replace, particularly his diplomacy in resolving disagreements between administrators and other DODDS officials about educational issues.