DODDS-Korea gearing up for school days 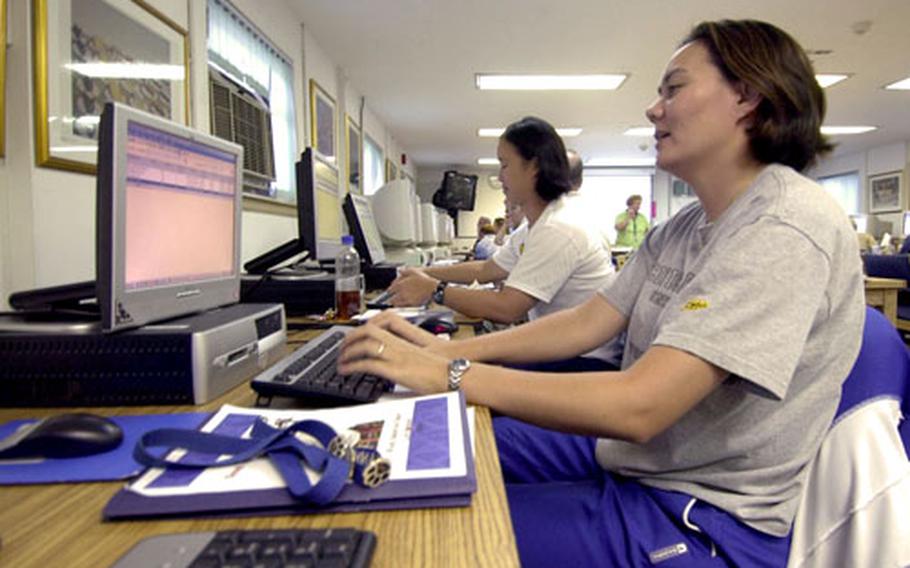 YONGSAN GARRISON, South Korea &#8212; As base youth woefully watched the last minutes of their summer vacation tick away, teachers and administrators spent a week prepping for Tuesday&#8217;s first day of school and the 2005-&#8217;06 school year.

Many of the more than 4,000 students who walk through the doors Tuesday will be new to the Department of Defense Dependents Schools-Korea. But so will almost 100 of the staff, said DODDS-Korea Assistant Superintendent Peter Grenier.

Grenier understands the challenges of taking a new job in South Korea. He transferred to Seoul on Aug. 3, coming from a stint at the DODDS-Japan district chief of staff.

Compared to a stateside school, DODDS schools have a &#8220;very high turnover&#8221; rate, he said. Teachers take advantage of the system&#8217;s transfer policy, with many seeking positions in Europe. That leaves openings in Korea each year, which Grenier said is often a good thing.

The new teachers &#8220;fresh from college&#8221; bring with them the most current educational trends.

And many teachers are hired locally. Most, Grenier said, are married to base personnel who rotate on a regular basis, leaving even more openings.

During the week-long preparation, teachers focused on educational initiatives, curriculum implementation, technology and lesson planning. In addition, many studied for driver&#8217;s license tests, searched for apartments and began the transition to life in the military community in South Korea.

Grenier said parents and students could expect &#8220;to experience a continuation of academic excellence, high expectations on the part of the district leadership and successful educational opportunities for all students.&#8221;

After 10 years in a large public school system in Houston, she said she likes the small-town community at Yongsan &#8220;much better.&#8221;

According to information provided by DODDS-Korea, each school has literary support specialists &#8220;who work with small groups of struggling readers&#8221; and literacy facilitators &#8220;who help classroom teachers implement &#8220;research- based literacy instruction.&#8221;

Grenier summed it up by saying, &#8220;we want to help our children become better readers and writers.&#8221;