DODDS honors 80 of their own 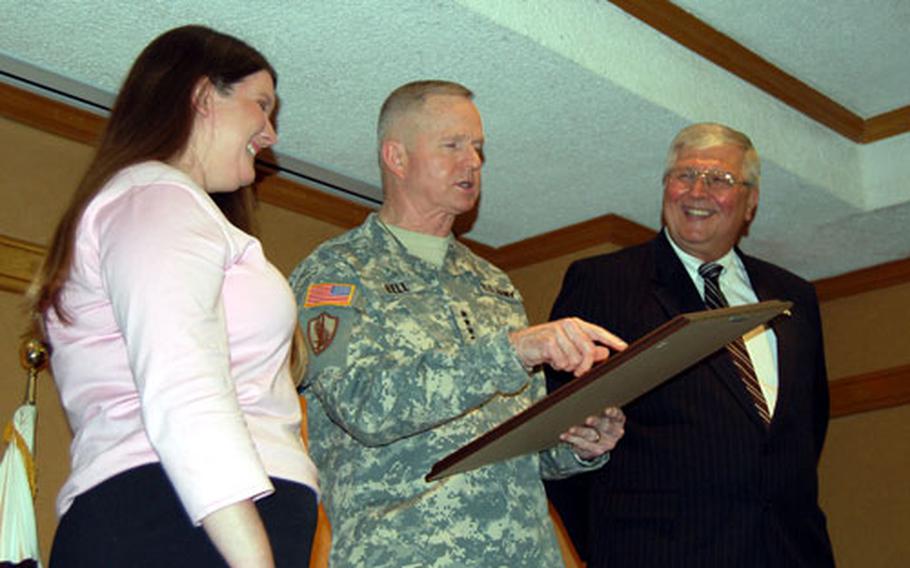 YONGSAN GARRISON, South Korea &#8212; Employees from DODDS schools throughout South Korea gathered at Yongsan Garrison&#8217;s Dragon Hill Lodge to honor 80 of their own during the 2nd Annual Awards and Recognition ceremony on Friday.

Ten awardees from each of the eight schools in South Korea were chosen by their principals to receive recognition.

Workers from every facet of school staffs were represented, including custodians, administrators, teachers and technology experts.