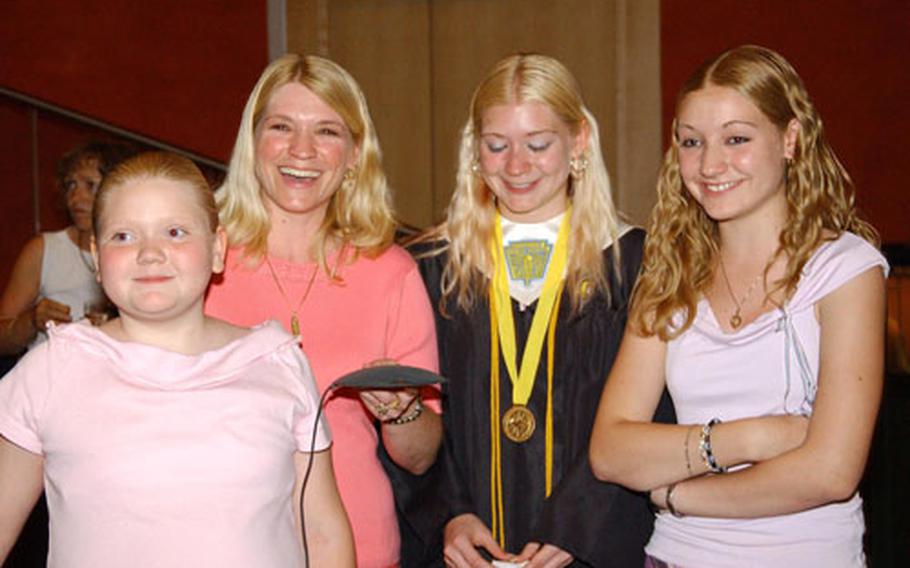 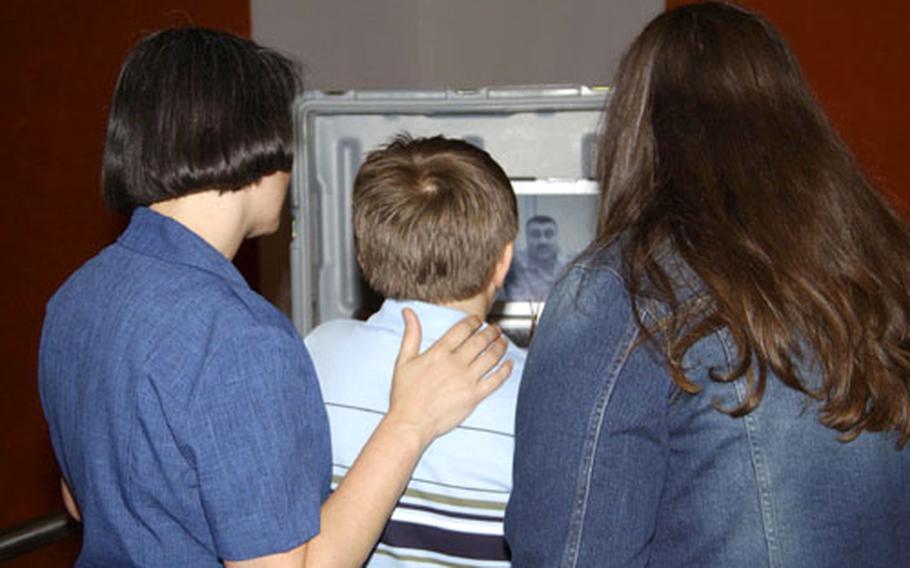 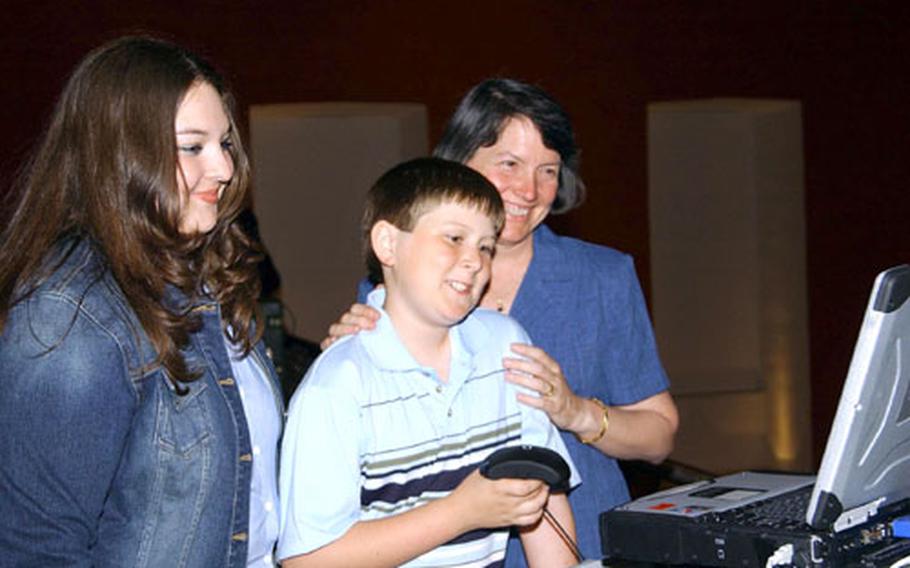 The image of his father in desert camouflage flickered on the screen.

Kyle Reed stood in a auditorium in Germany in his graduation gown, eyes glossy with emotion. He watched his father&#8217;s face sharpen and go grainy again, jumping and strobing from frame to frame.

Kyle had just graduated from Hanau American High School, and his dad had watched via Web cam. The two talked afterward through a video teleconference link.

Like roughly one-quarter of the 1,000 other graduates from military-run high schools in parts of Germany heavily affected by the war in Iraq, one of Kyle&#8217;s parents was deployed. Hanau&#8217;s Thursday night graduation was the first of a string of cap-and-gown ceremonies happening through Sunday during a poignant time of both celebration and absence. Sixteen of the 52 students graduating from Hanau had parents stationed in the Mideast, according to Department of Defense Dependents Schools spokesman Frank O&#8217;Gara.

A smattering of schools will offer two-way video links following the ceremonies, but all 14 schools most affected by deployments will Web cast the ceremonies and later distribute the recordings in DVD format. Last year, only two graduating classes in Europe had linked to Iraq for graduation.

It was certainly better than nothing. But a father in the flesh would be better still.

His mother, Rebecca, looked pleased and worried. Kyle would soon follow his father into the Army, and perhaps into Iraq.

The Hanau graduation was initially like most others. As the grads lined up in the lobby before the orchestra music swelled, young women blinked into mirrors and young men hollered at one another at locker room volume. One grad waved a program in front of her face, trying to fight back the tears.

Principal Terri Marshall would both warn against outbursts and quote Euripides. Students would speak of the future and of friends.

The truest sense of what made this graduation different came at the end.

The Ruzicka family gathered around the camera. Dad, Chief Warrant Officer 5 Alan Ruzicka, was onscreen. Daughter Jennifer had just graduated. Her mother, Lt. Col. Diana Ruzicka, was there, too. But because of her own deployment to Honduras, she had only seen her husband for two months out of 2003.

Father and daughter talked about a new computer and new summer job.

Jeri Thompson lived with her grandmother while her mother was in Iraq. She looked at the camera as if finding it hard to address the machine as her mother. And all these people were watching. From Baghdad, Staff Sgt. Annette Thompson called her daughter on the fidgeting.

Thompson asked about Jeri&#8217;s hair. It was not purple, Jeri assured her, but burgundy. Mom asked daughter to turn for the camera in profile. Jeri was expecting; Thompson should be back before the due date.