DODDS-Europe students get it down to a science 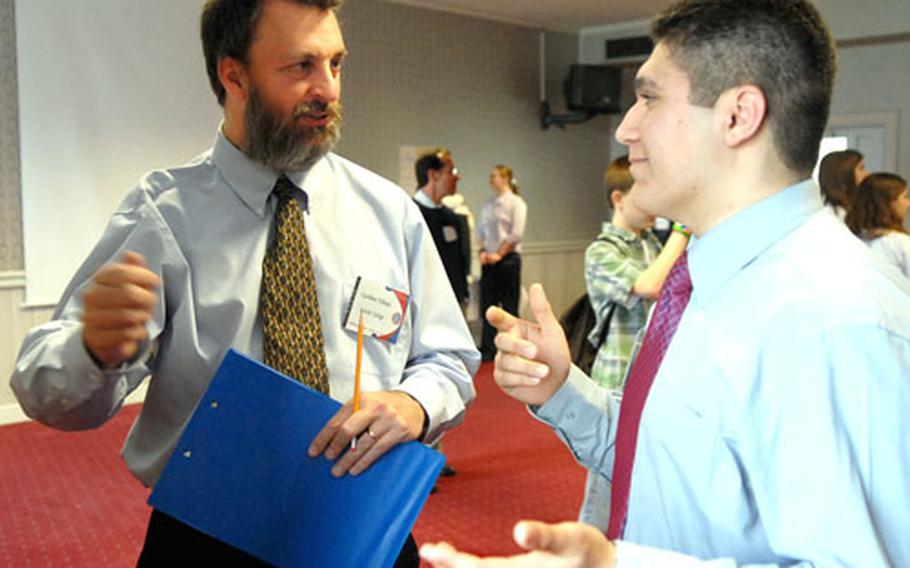 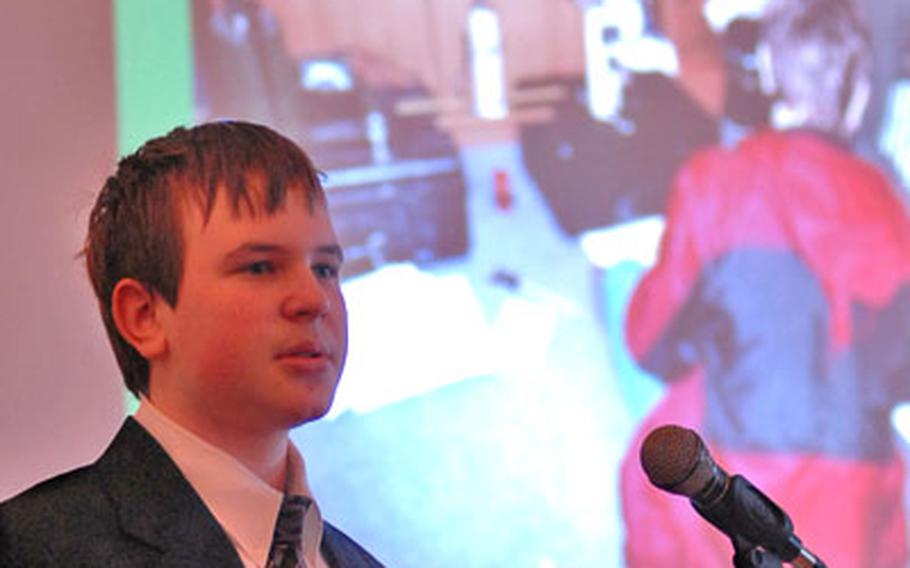 Michael Rynders, an eighth-grader at Landstuhl Middle School in Germany, answers questions after his oral presentation on a test of the accuracy of radiation as a thickness-measuring tool at DODDS European Junior Science and Humanities Symposium. On the screen behind him is a photo of Michael doing the test. (Michael Abrams / S&S) 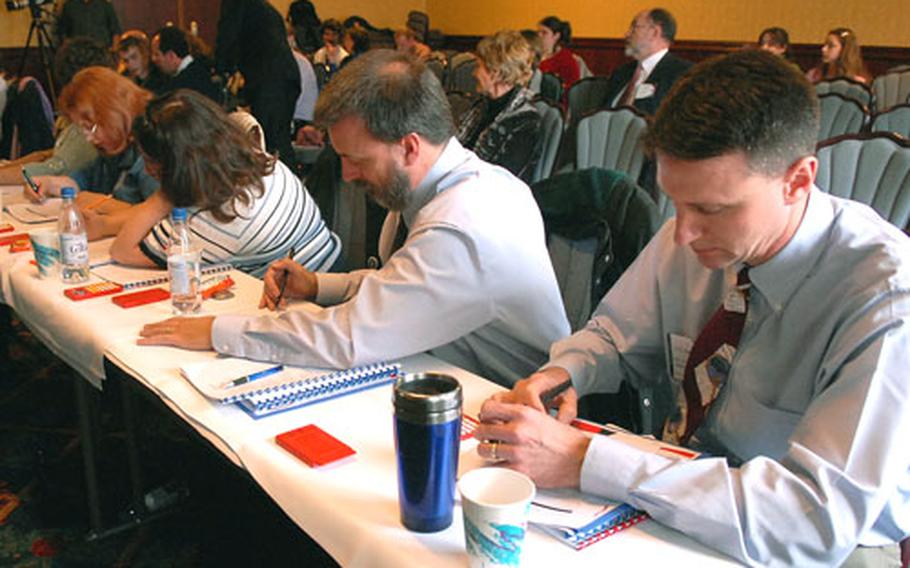 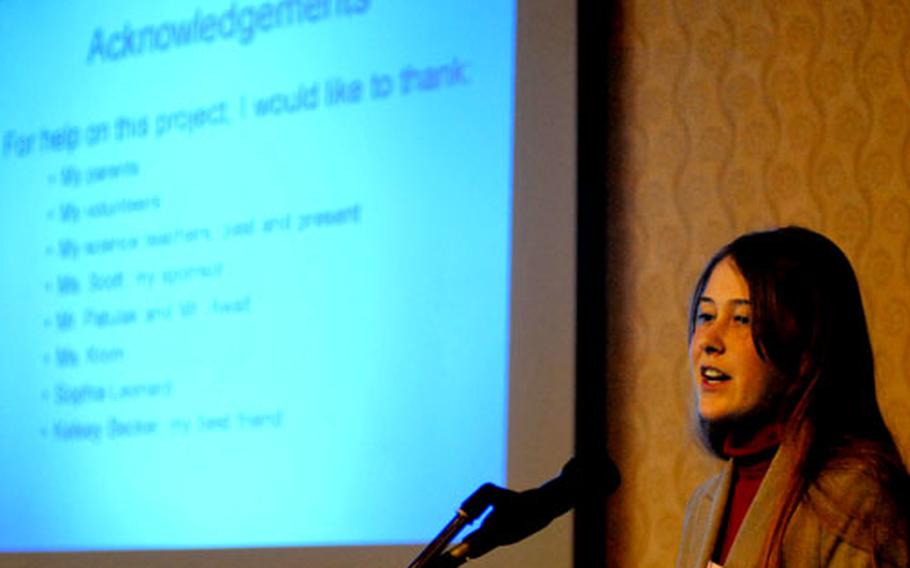 The expression, usually used to warn children against sticking their noses into dangerous business, might be lost on 14-year-old Michael Rynders and more than seven dozen other middle and high school students who gathered this week for the annual European Junior Science and Humanities Symposium.

Rynders, an eighth-grader at Landstuhl Middle School, has argued that the dose of radiation he got while testing the accuracy of radiation as a thickness measuring tool wasn&#8217;t going to hurt him.

He&#8217;d probably know better than most of us would.

He spent months studying radiation and a week conducting experiments for a science project that tested whether it could be used to gauge the thickness of paper. There wasn&#8217;t any deep, underlying reason for his curiosity.

&#8220;I just wanted to see how accurate it was,&#8221; he said after he presented his findings Wednesday at the symposium. It turns out to be pretty accurate, he concluded, but not interesting enough to pursue a career in &#8212; he wants to design deep-space probes for NASA instead, and next year he hopes to present his work in robotics, a hobby of his.

The Junior Science and Humanities Symposium program promotes original research and experimentation in science, engineering and mathematics. The top five high-school students from each region get a trip to the National JSHS, and the top two get an invitation to present their original research there. Also, three scholarships are awarded at each regional competition, and even more money and recognition can be won at the national level, according to the JSHS Web site.

There&#8217;s also the Director&#8217;s Award, given to the student who best represents the spirit of the symposium.

Dylan Hillestad, a 16-year-old junior at Aviano High School in Italy, won it at last year&#8217;s Europe region event, and he was back again this year. This time, he investigated the effect of soundboard surface area on the sustain of acoustic guitars, which, in layman&#8217;s terms, means how long will a guitar continue to produce a note after it&#8217;s plucked.

This wasn&#8217;t just a science project for Dylan.

He spent his summer interning with an Italian guitar maker, is a guitarist in a band and would like to someday build guitars, he said. Last year, he experimented with electric guitars.

&#8220;What he&#8217;s doing is what we&#8217;re after,&#8221; said Charles Strobino, a science teacher at Robinson Barracks Elementary Middle School in Stuttgart, Germany. &#8220;He took back with him a lot of suggestions the judges gave him last year&#8221; and applied them to his continued research on the same subject. That, Strobino said, is one of the big hopes of the annual symposium.

Gorden Videen, a physicist at the Army Research Laboratory in Adelphi, Md., who judged the presentations and posters of high school students at the symposium, was impressed with what he saw.

The reason for that, Strobino said, is because science is taught differently now than in the past.

&#8220;Now we&#8217;re really looking to have kids ask their own questions and pose their own queries rather than lecturing them about what they should know,&#8221; he said.

In essence, teachers use science to teach the students how to think for themselves, he said.