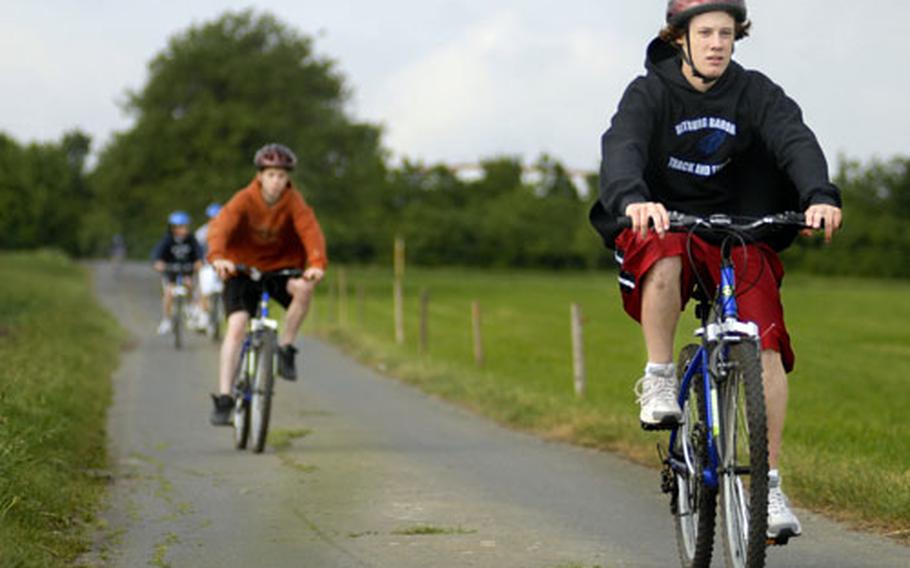 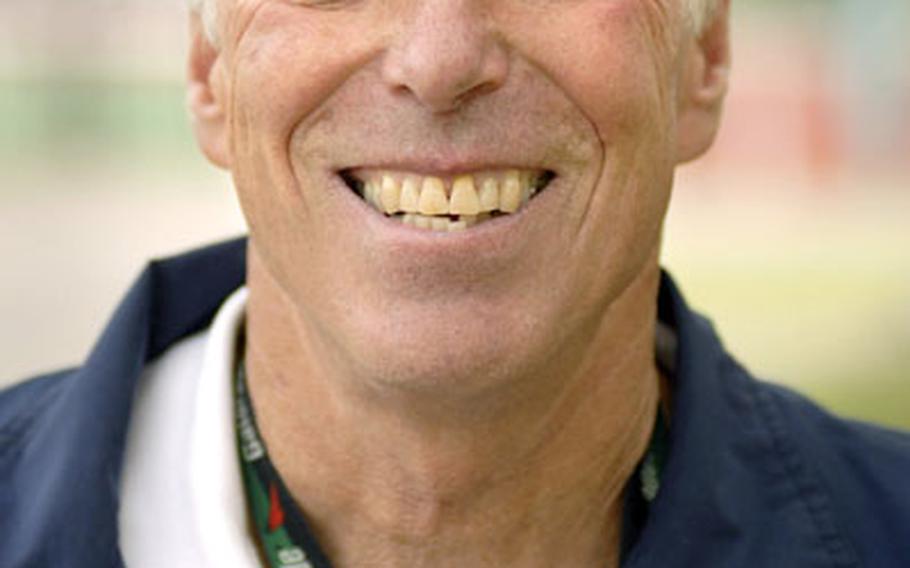 Denny Lemmon, the physical activity and nutrition, or “PAN,” class teacher at Bitburg High School, says the class focuses on “getting kids to move their bodies today, tomorrow and in the future.” (Ben Bloker / S&S)

BITBURG, Germany &#8212; The game of dodge ball used to be a rite of passage in gym class.

The object was simple: Try to blast a classmate across the room with a rubber ball while avoiding getting smacked yourself.

Gym classes today are much kinder and gentler. Dodge ball isn&#8217;t dead, but the phys ed mainstay has some competition.

It is part of a growing trend at schools in the United States to take the competition out of the traditional gym class and put in more emphasis on individual fitness.

Bitburg High School physical education teacher Denny Lemmon has overseen his fair share of dodge ball matches as he nears the completion of his 41st year of teaching. He is one of the program&#8217;s biggest proponents.

The Physical Activity and Nutrition class, or PAN for short, is a required class for high school students. Student also must take two other physical education courses called &#8220;personal fitness&#8221; and &#8220;life sports.&#8221;

Department of Defense Dependents Schools-Europe has put tens of thousands of dollars into the program. Schools received any where from $4,000 to $12,000 this year &#8212; depending on enrollment &#8212; to buy equipment in support of the new classes, said Karen Seadore, DODDS-Europe health, physical education and athletics coordinator.

The program is targeting the three-quarters of the student enrollment not involved in sports, Seadore said. They are less apt to want to participate in team-oriented physical activities.

Activities tried or being considered include kayaking, spinning, skiing, fishing and something called &#8220;orienteering.&#8221;

Students enrolled in the new course at Bitburg warned that the gym class is not an easy &#8220;A.&#8221; Students are expected to work on getting in shape throughout the semester, and they track their progress.

On a clear day last week, students in Lemmon&#8217;s class could chose between going on a mountain bike ride or grabbing a pair of walking sticks and hiking along the rolling hills of the Eifel region.

Some students have seen remarkable results. For example, Shantelle Banuchi, a 16-year-old sophomore, has gone from running a mile in nearly 12 minutes to running it in about 8 minutes.

The class also includes experts who come to talk about such things as weight training and bike maintenance. In addition, students have gone on field trips to the commissary to get lessons on how to eat right.

With studies showing obesity on the rise among Americans, Lemmon said it is important for students to get hooked on staying fit and staying healthy.