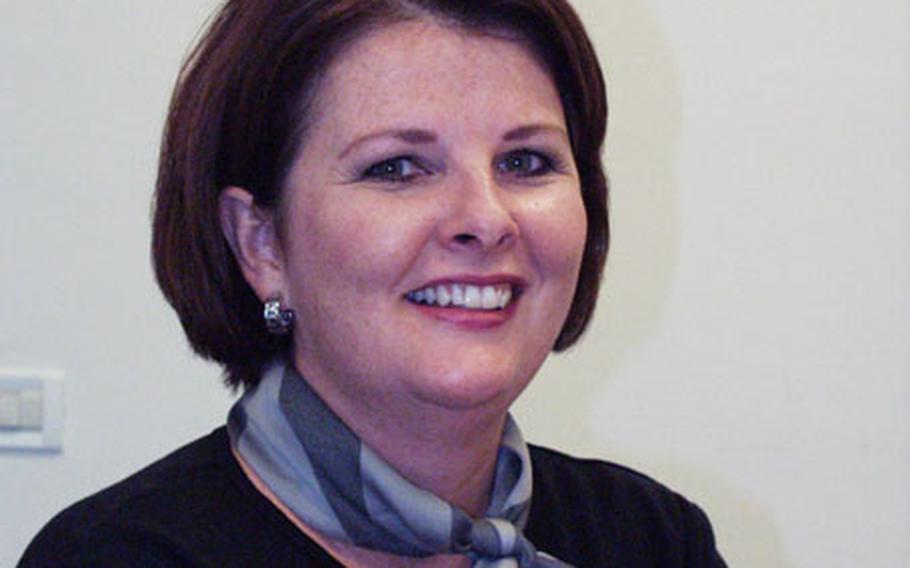 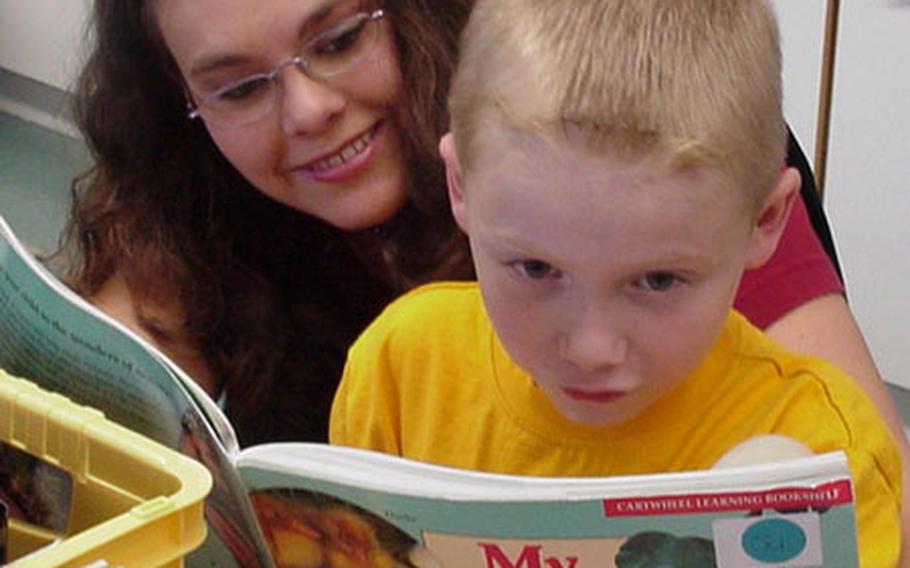 Denise Webster and a student. (Courtesy of DODDS) 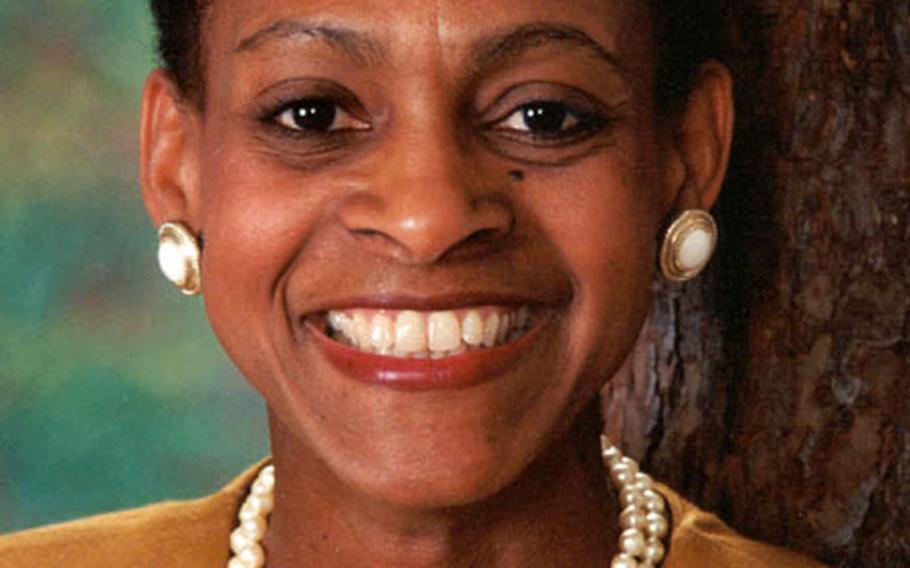 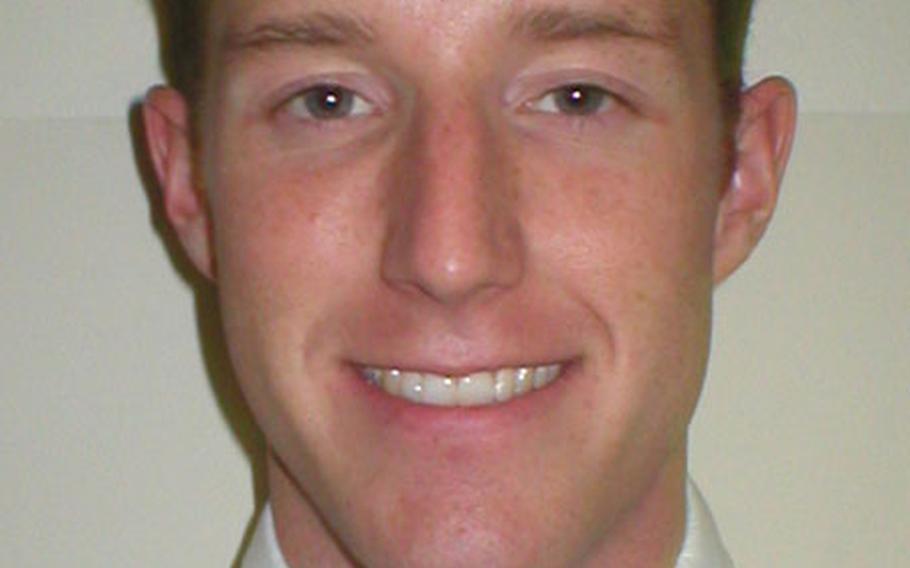 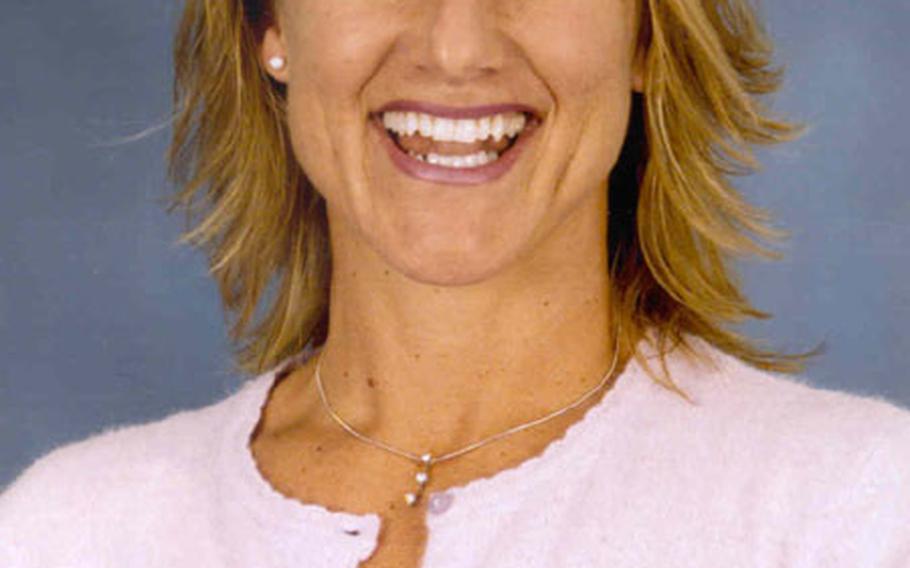 Five of the top American teachers in Europe will gather with other honorees from around the world next week to receive recognition for their efforts in and out of the classroom.

The quintet were named 2004 teachers of the year for their respective districts by the Department of Defense Dependents Schools system in Europe.

They&#8217;re set to participate with counterparts from the States and the Pacific at the Department of Defense Education Activity Teachers of the Year Forum in Washington, D.C., on Nov. 2-6.

Joyce Schenck Loyd, a fifth-grade teacher at Lucas Elementary School in Fort Campbell, Ky., was recently named DODEA&#8217;s teacher of the year for 2004.

This year&#8217;s winners in Europe come from varied backgrounds and have diverse assignments. But they all share at least one thing: They are rated excellent teachers by those who selected them.

&#8226; Kaiserslautern District &#8212; Denise Webster can relate to what many of her students are going through because she&#8217;s been there.

Webster attended a handful of DODDS schools in Germany while growing up, thanks to a father who was in the Army, and later worked as a civilian employee in Europe. One particular accounting teacher in high school inspired her to join the profession.

Webster teaches German immersion classes at Ramstein Elementary School to first- and second-graders. She&#8217;s fluent in German, having been helped along through the years by her mother, a German national.

She&#8217;s been active in several local organizations focusing on education. This is her sixth year with DODDS in Europe.

Webster said recent days have been particularly busy, trying to get everything done so she can feel at ease during her trip to the nation&#8217;s capital.

&#8226; Bavaria District &#8212; This school year is to be the final one in Bad Aibling. So David Becher, who teaches English and Spanish at the kindergarten through grade 12 school, will apparently be the last teacher at the school to receive the districtwide honor.

Becher is in his sixth year teaching at the school after a year at St. Lawrence School in Louisville, Ky., where he was the only male teacher on staff at the private school.

He laughs when asked why he got into teaching.

Becher said he thinks his work in the classroom, particularly a program in which students help design and then carry out projects that determine much of their grades, helped him get selected.

&#8226; Isles District &#8212; Jacki Mayo is no stranger to receiving recognition for her efforts. She was named teacher of the year in 1996 after just a few years at West Ruislip Elementary School.

She&#8217;s now been at the school for 10 years and has received the recognition again.

&#8220;I&#8217;ve had some wonderful writing [in support] from parents,&#8221; she said, adding that she&#8217;s sure that comments from parents of her first- and second-graders had something to do with her winning again. &#8220;It might also be my drive for professional development,&#8221; and the extra time spent outside the classroom trying to improve, she said.

Mayo comes from a family of teachers and knew for years what profession she wanted to pursue. The realization came when she was a 7-year-old at a DODDS school in Mannheim, Germany.

She started her DODDS teaching career in 1986 in Newfoundland, then moved to Guantanamo Bay in Cuba before heading to the United Kingdom. Prior to that, she taught in New Jersey.

She&#8217;s taught students from kindergarten through eighth grade during her career.

&#8226; Heidelberg District &#8212; Two schools can claim they have the district&#8217;s top teacher this year, because Heide Hurd belongs to both of them.

Hurd is a physical education instructor at Giessen and Bad Nauheim for elementary students. This is her third year teaching in the DODDS system in Europe, and her travel between schools is actually a bit less this year, because she&#8217;s not instructing at Butzbach as well.

Regardless of where she&#8217;s teaching, Hurd says she tries to make physical education a fun experience for all her students &#8212; even the ones who tend to shy away from competitive sports.

Hurd got her teaching start in Florida, but was leaning toward the profession years earlier. She said experiences in summer camp as a child and later as a counselor pretty clearly pointed the way.

She says some teachers may find it a challenge to get this generation of kids away from their computer monitors. But she encourages the use of technology in PE, having students use cardiovascular monitors to see how their bodies work.

&#8226; Mediterranean District &#8212; Lisa Eckhoff&#8217;s involvement in her military community might be a little different than many of her teaching peers. Eckhoff, a second-grade teacher at Aviano Elementary School, is a military spouse.

This is her 14th year in the classroom and third at Aviano. She said she entered the profession because &#8220;I think I can make a difference.&#8221;

Sometimes that involves changing the methods she uses.

Getting recognized by those peers is important.