DODDS-Europe looks for a year of stability 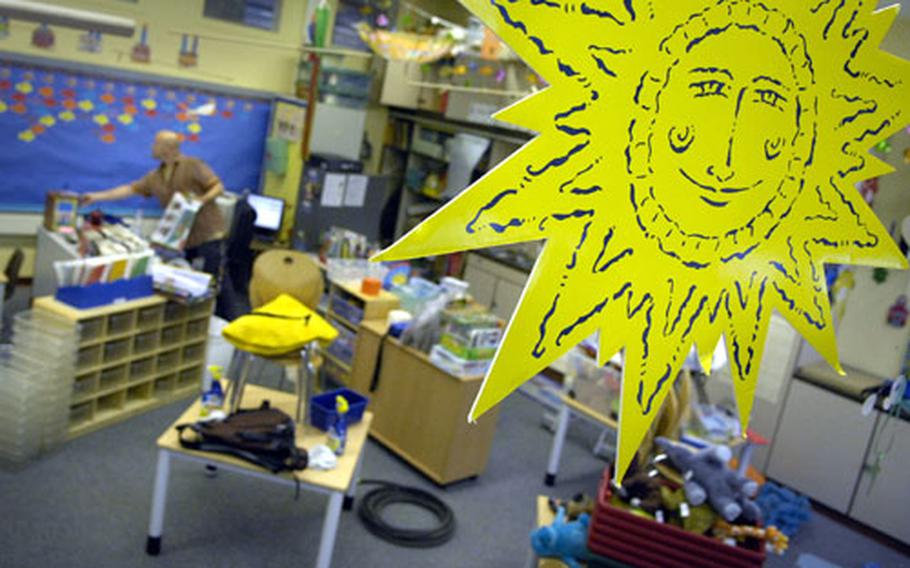 The sun is out in this Wiesbaden, Germany, school as Andy Miller works furiously to set up his classroom Thursday. Miller, a veteran teacher with nine years at DoDDS, teaches 1st and 2nd grade at Aukamm Elementary School. (Ben Bloker / S&S)

The sun is out in this Wiesbaden, Germany, school as Andy Miller works furiously to set up his classroom Thursday. Miller, a veteran teacher with nine years at DoDDS, teaches 1st and 2nd grade at Aukamm Elementary School. (Ben Bloker / S&S) Nicole Villamizar, a 9th grader at Mannheim High School, helps put together a poster Friday at Mannheim Middle School in Germany. This year will be the first in the last decade to not have a DODDS-Europe school close its doors. (Ben Bloker / S&S) 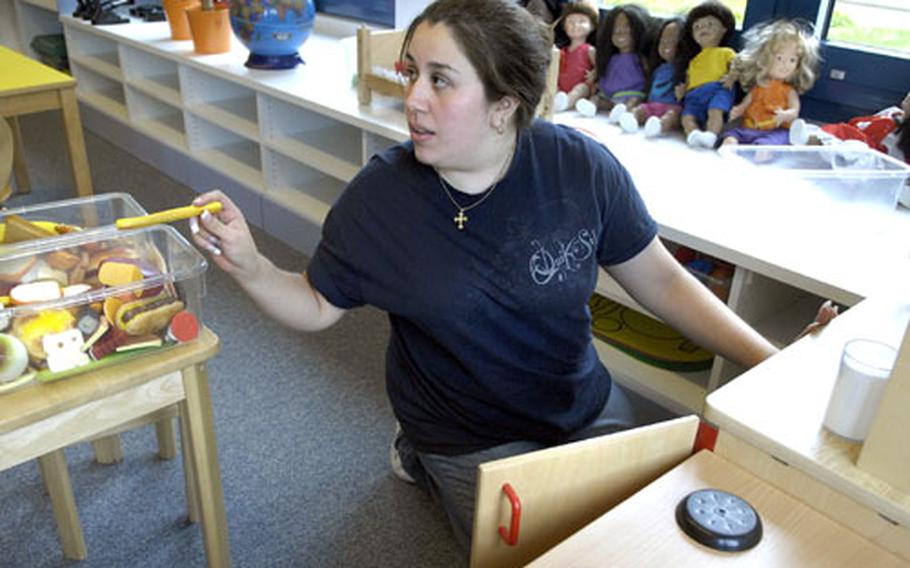 Miles ready for new year as director of DODEA

Thousands of students will attend school on a military base in Europe for the first time Monday as classes begin at more than 70 schools across the continent.

But while the new school year might be full of new experiences, there&#8217;s a lot of stability this year as well.

Diana Ohman has served as director of the Department of Defense Dependents Schools-Europe for nine years. And she said this year already stands out in one respect.

"There has never been a year where I didn&#8217;t close at least one school," she said.

Until this year, that is.

"We are looking forward to all three of those events," Ohman said. "We&#8217;ve been used to closing schools. I enjoy seeing new schools a lot more than lowering flags for the final time."

Ohman said it&#8217;s possible that the reprieve will only last a year. The military has stated that it doesn&#8217;t plan to keep troops based in communities in Germany such as Heidelberg, Mannheim, Schweinfurt and Bamberg.

"But I don&#8217;t have any timelines on them," she said. That makes it likely that those attending schools this year will be able to stay at their present facilities for at least another year.

She estimates that as much as a third of the student population will be attending a new schoolMonday. That already started in Belgium and the Netherlands, where classes began last week.

"I&#8217;m looking forward to the new school year and all indications are that we are off to a smooth start," said Linda Curtis, the deputy director of DODDS-Europe. "Initially, registration was going slow but has picked up tremendously. DODDS-E is now registering 400 students a day."

Many of those doing the teaching will be familiar. DODDS-Europe doesn&#8217;t traditionally hire a lot of new teachers from the States and those who worked at the closed schools had the first opportunity to take any open jobs this year. So there may be familiar faces in new places.

That&#8217;s also true to a large extent with administrators. Elizabeth Walker takes over as superintendent of the Mediterranean District and Frank Roehl becomes superintendent at Heidelberg. Five other assistant superintendents are in new locations.

Unlike in some years, the system isn&#8217;t introducing any new slogans such as "Math Matters" or "Reading Counts." Ohman said there won&#8217;t be any changes in requirements either.

"Everything we&#8217;ve implemented in the past two or three years is in place," she said.

Monday is the first of 183 days of instruction before summer vacation starts again.

Ohman said she knows there will be some grumbling by those unhappy to be through with their vacations, but she thinks most students will be happy to see friends and get started on another school year.

"If you walk down the bus lines, like I do every year on the first day of school, you&#8217;ll mostly see smiles," she said, adding that she&#8217;ll be displaying one herself.

There are 81 schools in DODDS-Europe and nine different calendars come into play. But most schools use the same one (all are posted at www.eu.dodea.edu/calendars/). Here are the key dates during the 2008-2009 school year.