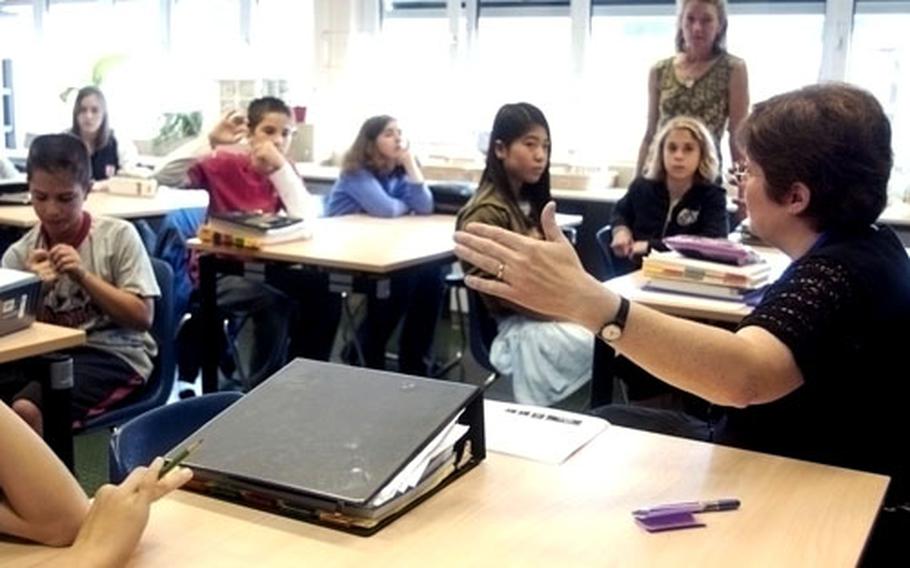 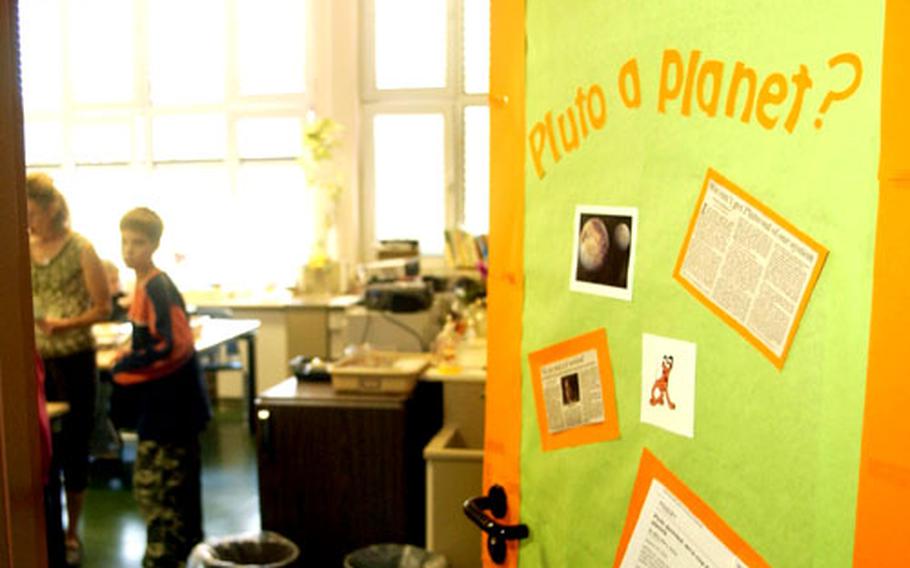 The morning after Pluto was set back a grade, science teacher Penny Gibson broached the subject with one of her classes.

Some students had heard the news. Others had not. But either way, the International Astronomical Union&#8217;s Aug. 24 decision to strip Pluto of its planetary status launched her seventh-grade class on a brief but animated chat that touched on physics, planets, the solar system and science in general. Toward the end, one student displayed a doodle that bid adieu to No. 9. The Pluto picture featured a tombstone, an epitaph and &#8220;RIP.&#8221;

&#8220;Technology has a tremendous amount of advantages, but I think there are disadvantages, too,&#8221; said Gibson, a five-year veteran of AFNorth International School in Brunssum, Netherlands.

And yet Pluto&#8217;s demotion to the rank of a planetary poodle &#8212; &#8220;dwarf planet&#8221; is the proper term &#8212; has given Gibson and other DODDS teachers a golden opportunity to promote science and all its processes and disciplines.

In phone conversations and e-mail responses, teachers and administrators with the Department of Defense Dependents Schools-Europe said they welcomed the chance to capitalize on this cosmic dust-up. For now, there are no immediate plans to order new textbooks.

With the school year just getting off the ground, science teachers intend to address the issue in detail later, though many are using the occasion to stoke the students&#8217; heightened interest in science, however fleeting it may be.

After years of debate, the IAU formally decided at a meeting last month in Prague that Pluto just didn&#8217;t make the grade as a planet. The leading astronomers of the world determined that for an object to be called a planet it had to independently orbit the sun and possess enough mass so that gravity pulls it into a roughly spherical shape.

It also must be large enough to &#8220;dominate&#8221; its orbit, the IAU ruled. The example it gave involved an object&#8217;s mass, which must be much larger than anything else crossing its path. In Pluto&#8217;s case, it will cross inside Neptune&#8217;s orbital plane for more than a decade during its 248-year loop around the sun.

One student had remembered the order of the planets by reciting, &#8220;My Very Excellent Mother Just Served Us Nine Pizzas.&#8221;

Leland &#8220;Wally&#8221; Walbruch, a science teacher at Menwith Hill School in the United Kingdom, wasted no time making alterations to his classroom d&#233;cor. Near the front door he left Pluto out of a planetary line-up on a bulletin board.

Robert Brown, a high school science teacher at Lajes American School in the Azores, a part of Portugal, said some of his students &#8220;were rather vexed&#8221; by the Pluto put-down. The issue got his students&#8217; attention, and they began to ask questions and probe the reasoning behind the decision. Brown, a former DODDS student and military veteran, said he more or less let the students steer the conversation as they connected the proverbial dots on their own.

Stars and Stripes photographer Ben Bloker contributed to this report.