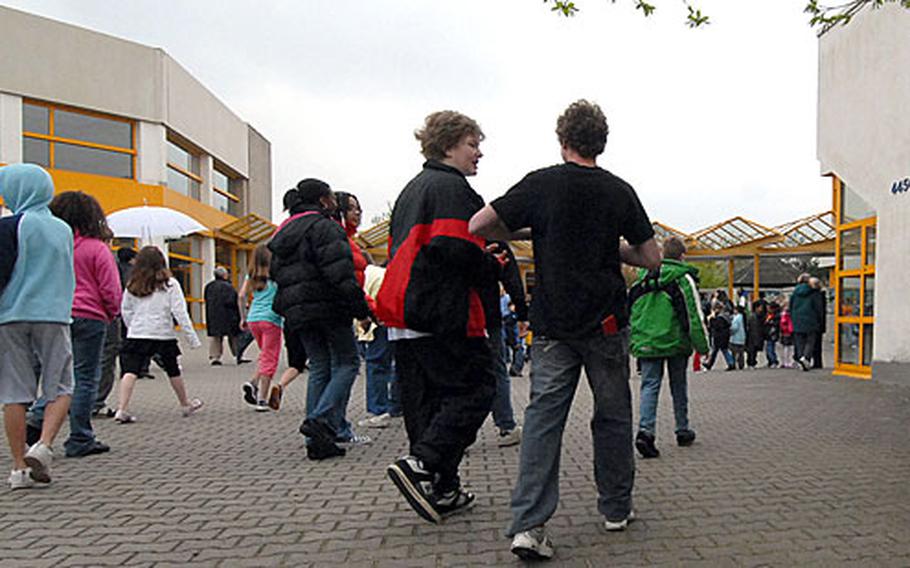 Department of Defense Dependents Schools-Europe plans to shut down nine schools at the end of the school year, a spokeswoman said on Tuesday. The Heidelberg School District will close the most with four, including Darmstadt Elementary/Middle School, seen here, on the list. (Michael Abrams / S&S)

KAISERSLAUTERN, Germany &#8212; Department of Defense Dependents Schools-Europe will shut down nine schools at the end of the school year due to base closures and troop reductions.

School officials do not plan to close any more schools in the next two years, said Maggie Menzies, a DODDS-E spokeswoman, said Tuesday. After several years of school closings, the expected pause in closures mirrors a similar break in major troop and structure changes at bases in Europe. Last year, DODDS-Europe also closed nine schools.

Among the schools to go away will be W&#252;rzburg High School. On June 6, the school will hold a ceremony to mark the school&#8217;s closure after 54 years. Principal Walter Seely said it is disappointing to say goodbye to the beloved school and leave a community that many families have enjoyed being stationed in over the years.

At the height of the Cold War, W&#252;rzburg High was one of the biggest Defense Department schools in Europe. At its peak, the school boasted nearly 1,000 students. Today, there are about 160 students, Seely said. Some alumni are planning to travel from the U.S. to attend the closing ceremony. The school is selling black T-shirts to commemorate the event.

In addition to W&#252;rzburg High, other schools that will close: