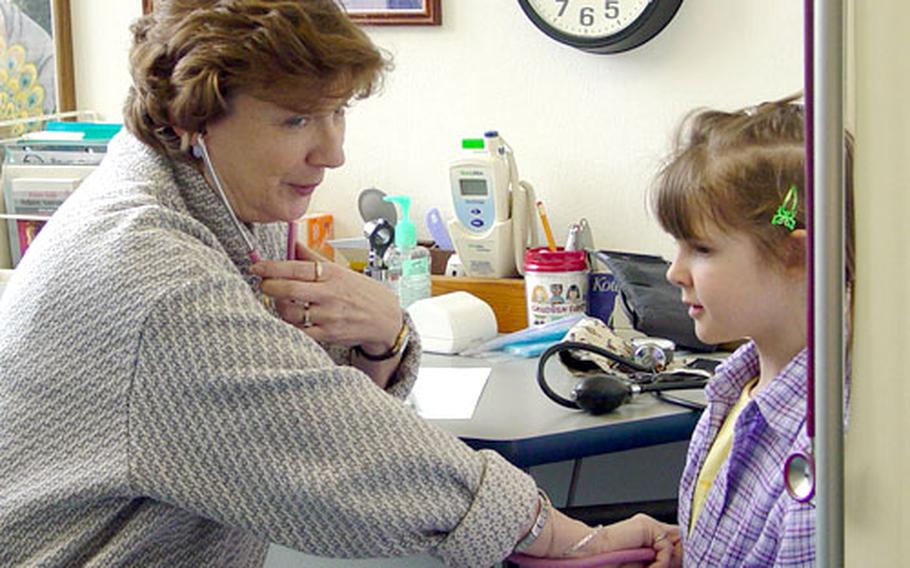 Margaret Barry, left, the Würzburg Elementary School nurse, examines Erica, a student, during a recent school day. Barry will be inducted into the Academy of Fellows by the National Association of School Nurses during a ceremony in New York on June 30. Induction is bestowed on members who have made significant, unique and extraordinary achievements in contributing to the advancement of school nursing, according to a Department of Defense Dependents Schools news release. (Courtesy of DODDS-Europe)

In addition to the team accomplishment, Michael Fisher took first place in the individual competition.

Livorno students shine at history competitionStudents from Livorno Unit School in Italy took first place in the National History Day Inc. competition in the individual category and second place in the documentary category, according to a DODDS news release.

They competed with pupils from all of the DODDS-Europe schools.

This year&#8217;s National History Day competition theme was &#8220;Standing Up in History.&#8221; The focus was on an individual or individuals who took courageous positions under trying circumstances. The pupils were required to use and demonstrate skills in research, writing, editing and design.