DOD, VA plan to have health care coordinators in place by early 2008 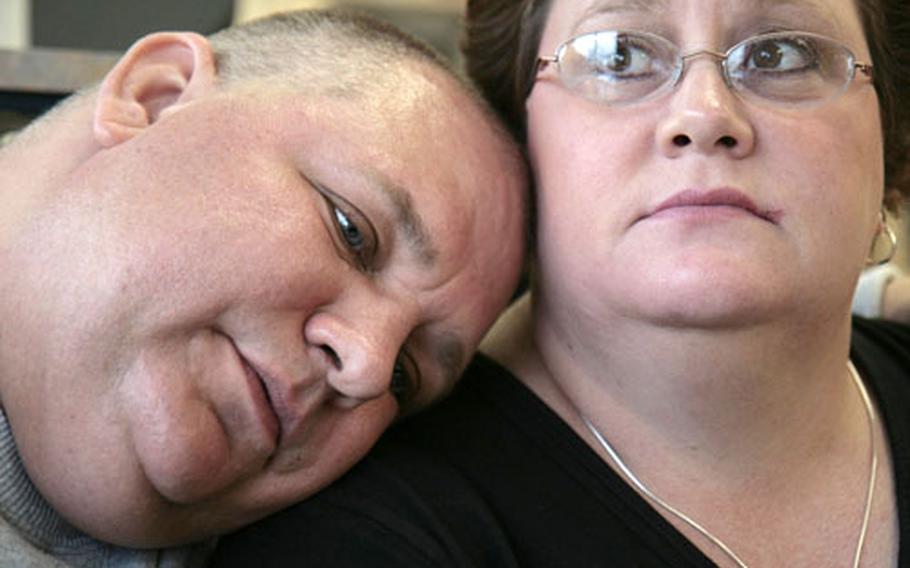 Cpl. Dell McLeod injured his head and spine in an accident in Iraq and was sent to Walter Reed Army Medical Center in the District of Columbia for treatment. He and his wife, Annette, lived in Mologne House for more than a year, waiting for an Army decision about his future. (Michel du Cille / Washington Post)

WASHINGTON &#8212; Defense officials plan to have new counselors, charged with guiding wounded troops through the complex military and veterans health systems, in place and working with patients early next year.

Veterans support groups called the move an important first step, but said making sure the new recovery coordinators can fight on behalf of troops and families will be key in the success of the program.

&#8220;They have to be able to bust through the bureaucracy and have the authority to manage these cases,&#8221; said Jeremy Chwat, vice president for policy at the Wounded Warrior Project. &#8220;This will only be as good as the authority they are given.&#8221;

The new posts were one of the top recommendations from the President&#8217;s Commission on Care for America&#8217;s Returning Wounded Warriors, put in place after complaints arose about the quality of troops&#8217; care at Walter Reed Army Medical Center earlier this year.

The coordinators are designed to be a &#8220;lifelong resource&#8221; for patients and their families, Davis said. Along with navigating Tricare paperwork and military chain-of-command issues, they&#8217;ll be responsible for coordinating post-military service care as well.

The initial hires will get between $89,000 and $124,000 a year, but candidates must have prior experience in health care management.

Annette McLeod, whose husband, Cpl. Wendell McLeod, was severely injured in Kuwait during a mission in July 2005, praised the creation of the new post. She testified before Congress earlier this year on her ongoing fights with defense and VA officials to get her husband&#8217;s medical care and military benefits in order.

&#8220;If they had someone in that job while my husband was at Walter Reed, I would have shed less tears and had less heartache,&#8221; she said.

&#8220;At the very least, I would have known I wasn&#8217;t alone. I was lost in that system, and I would talk to anyone willing to listen. They need someone who is able to navigate it, read the whole map and see where families need to go.&#8221;

Paul Rieckhoff, executive director of Iraq and Afghanistan Veterans of America, said he hopes those numbers are expanded quickly.

&#8220;We have seen in the past what happens to VA employees when their workload becomes too great; people fall through the cracks,&#8221; he said. &#8220;Walter Reed and the many other facilities will need many more recovery coordinators to effectively implement the changes and provide the results that the commission is looking for.&#8221;

Officials will be seeking individuals with a background in health care administration, likely candidates already in the VA or military medical systems, Davis said.

McLeod said she hopes candidates are ones who actually have gone through the recovery process themselves, or had a family member wounded overseas.

&#8220;You have to have someone who is willing to walk with families through the process,&#8221; she said. &#8220;They have to know how to listen. You can have people hear what they expect to hear and give the same instructions, but unless they listen to what the families need it&#8217;s not going to work.&#8221;

Clearing up the confusion

Plans call for 10 coordinators to be hired initially, as VA employees, and to start work in January.

Coordinators will be assigned to the most severely wounded troops, and will be trained in understanding the military and VA medical systems.