DOD to pick up the pace getting M-ATVs to Afghanistan 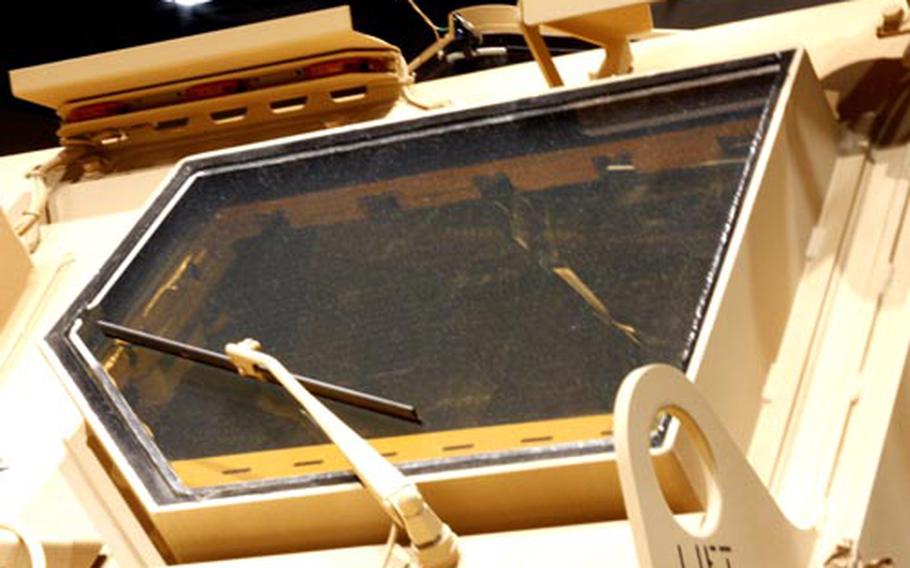 The thick windshield of an M-ATV. (Joe Gromelski / S&S) 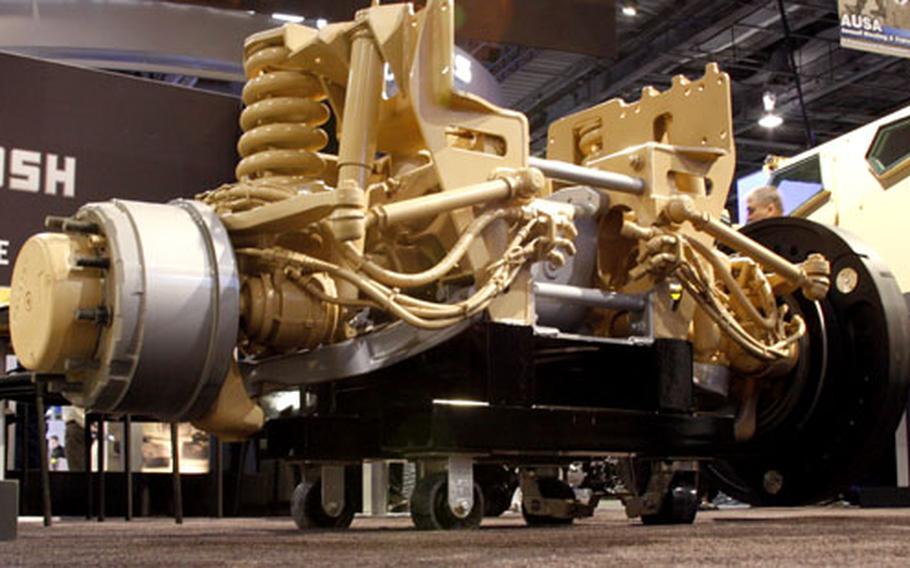 ARLINGTON, Va. &#8212; Only a relative few MRAP-All Terrain Vehicles have made it to Afghanistan since they began arriving in October, but that&#8217;s about to change.

As of Tuesday, more than 400 M-ATVs had been delivered to Afghanistan, of which 164 have been fielded to U.S. troops, Morrell said last week. The remaining vehicles are being used for training and getting outfitted with extra equipment, Defense Department spokeswoman Cheryl Irwin said.

Built by Oshkosh Corp., M-ATVs have an independent suspension system, putting less stress on the axles; a powerful engine, allowing them to go up steep slopes; and a lower center of gravity, preventing rollovers, said Kenneth Juergens, senior program director for the M-ATV for Oshkosh Defense.

Before the vehicles can go downrange, they have to be equipped with jammers and communications gear at the Space and Naval Warfare Systems Center in Charleston, S.C.

So far, the vehicles have been flown to Afghanistan, limiting the number that can be transported at any one time. As soon as the center turns out 500 vehicles per month that are ready to transport, the vehicles will be shipped downrange by sea and air.

One option would be to ship the vehicles to Rota, Spain, and then fly them to Afghanistan, said Navy Lt. Richard Hartl, the command and control officer for Intermodal Operations with Rota Detachment of Fleet and Industrial Supply Centers Sigonella.

Rota is strategically located near the Straits of Gibraltar and at the halfway point between the United States and Southwest Asia.

It usually takes about 10 days to reach Rota by ship from the East Coast, and with the strategic airlift capability on site, the turnover time to getting equipment and vehicles downrange is usually about 24 hours, Hartl said.

But Morrell noted the M-ATVs have to compete with the 30,000 extra troops and their equipment that are headed to Afghanistan.