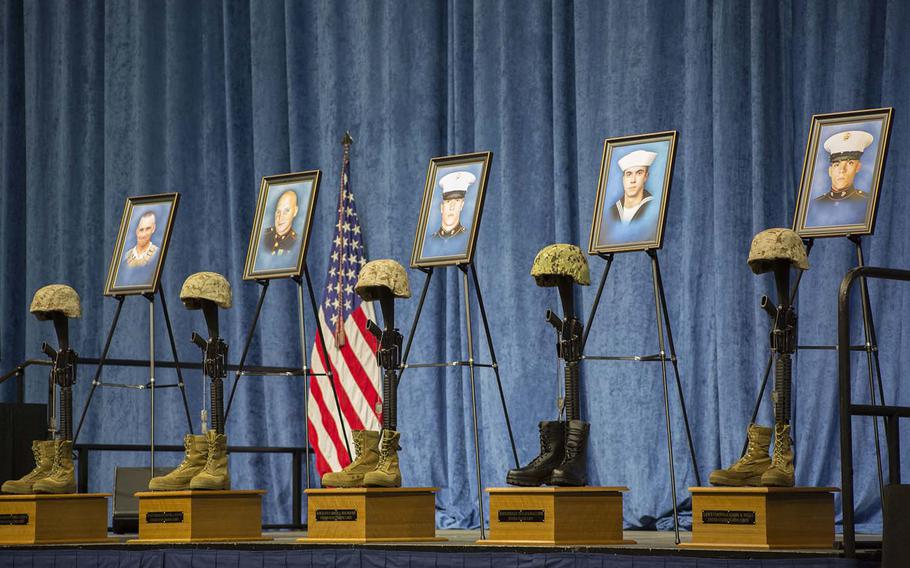 SAN ANTONIO — The Defense Department is close to releasing its updated policy for arming troops at facilities in the United States following several attacks, including the shooting deaths of four Marines and a sailor last July, a Pentagon spokesman said Monday.

The policy, which could be unveiled by September, will further clarify commanders’ authority to allow servicemembers to carry and store weapons on and off military installations. The guidance will regulate privately owned and military-issued weapons, said Army Maj. Jamie Davis, a Pentagon spokesman.

On July 16, 2015, Mohammed Abdulazeez opened fire at a recruiting station and reserve center in Chattanooga, killing five and wounding one Marine and a police officer.

Investigators concluded a sailor at the reserve center likely returned fire with a personal unauthorized handgun, according to the Washington Post.

The policy that the Defense Department put forth in October 2015, following the Chattanooga attacks, states “qualified personnel shall be armed when required for assigned duties and there is reasonable expectation that DOD installations, property, or personnel lives or DOD assets will be jeopardized if personnel are not armed.”

Since 2009, 40 people were killed during single gunman assaults at military facilities, including two shootings at Fort Hood and one at the Navy Yard in Washington, D.C. The attacks have raised concerns by defense officials and Congress about security measures and force protection shortfalls in the wake of such attacks.

Recruiting stations were identified as the most vulnerable public facilities following a force-wide DOD review and the Army Corps of Engineers prioritized security improvements among those installations out of more than 6,000 total facilities, Davis said.

But Davis declined Monday to further describe the measures due to security concerns.

The DOD will spend $80 million this year and $100 million the next two years for security augmentation at recruiting facilities, including a system to notify and broadcast warnings to troops within a 20-mile radius of a threat, Davis said.

He also said the new arming policy will implement the intent of Congress, alluding to a bill proposed last year that would give commanders in the United States more authority to arm troops at off-site installations, such as recruiting stations, when they deemed it appropriate.

“We take very seriously any decision to place a member of the department in a position to potentially use deadly force. We have to balance that potential against the possibility of an attack on our personnel,” Davis said.

Military and civilian personnel performing law enforcement and security duties are typically the only troops authorized to carry weapons on military posts, which are usually handguns. Government issued weapons are kept in secured arms rooms with controlled access, and ammunition is commonly stored in depots away from those weapons, Davis said.