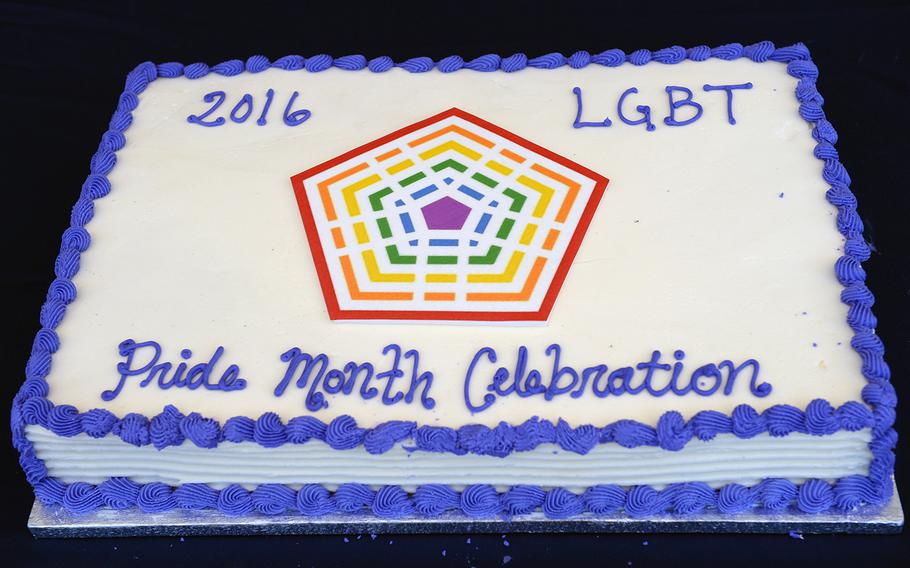 WASHINGTON – Transgender men and women can serve openly in the United States military following the repeal Thursday of Pentagon policies that forced them to keep their gender identities secret or risk a discharge.

Defense Secretary Ash Carter said those policies discriminated against “talented and trained Americans,” and did not represent the values of the United States military as he announced his decision at the Pentagon nearly a year after he vowed to repeal the ban. Meanwhile, Republican lawmakers blasted Carter’s decisions as “politics over policy” during a time of war.

“Our mission is to defend this country, and we don’t want barriers unrelated to a person’s qualification to serve preventing us from recruiting or retaining the soldier, sailor, airman, or Marine who can best accomplish the mission,” Carter said. “We have to have access to 100 percent of America’s population for our all-volunteer force to be able to recruit from among them the most highly qualified and to retain them.”

The new policy will be rolled out over a one-year period. Effectively immediately, Carter said, troops cannot be discharged, denied reenlistment or involuntarily separated solely because of their gender identity. But it will be about a year before the military begins to openly recruit transgender individuals to join the service. Even then it will only allow transgender individuals who have completed any gender-related medical treatment to join the military, and it will require certification from a doctor that they’ve been “stable in their preferred gender for 18 months,” according to Pentagon documents.

In the meantime, the Pentagon will continue to work out many of its policies regarding transgender servicemembers. Carter, after receiving input from top uniformed officials, gave the department an Oct. 1 deadline to establish specific policies impacting transgender troops. Those will include publish training guidance for commanders and the force at large, guidelines for military-provided medical care, and establishing the process for transgender troops to officially change the gender the military recognizes them by.

Also beginning Oct. 1, the Military Health System will begin providing transgender troops “all medically-necessary care” related to gender transition, Carter said. A military doctor will determine what medically-necessary care is needed for such individuals on a case-by-case basis. That care could include gender reassignment surgery or hormone therapy, a senior defense official said. It will not include any cosmetic surgery, added the official who spoke on condition of anonymity because he was not authorized to discuss the policy publicly.

The costs to the military associated with allowing open transgender service will be relatively low, the defense official said. The military was only likely to incur about $4 million to $14 million per year in additional medical costs to provide the medically-necessary transition care.

Treatment for an individual transgender servicemember, the official added, would cost about $40,000 to $50,000 in that person’s lifetime. Much less than the $100,000 or more the Defense Department would spend on their training through their service time.

“The cost of forcing someone out of service and losing the benefits of hundreds of thousands of dollars of training we’ve provided them for this much smaller amount just isn’t a good tradeoff,” the official said. “And that’s the main cost to the military in all of this.”

Estimates of the number of transgendered individuals currently serving in the military vary greatly, but most agree there are several thousand among the ranks. The RAND Corporation, which assisted the Pentagon in studying the issue, estimates there are between 4,000 and 12,000 transgender troops on active duty and in the reserves. The Palm Center, a research institute based in San Francisco, estimates that there are about 15,500.

The end of the transgender ban comes nearly five years after the repeal of “don’t ask, don’t tell,” the 17-year-old policy that barred gays and lesbians from serving openly in the military.

Allowing gay service members to serve openly has had no impact on military readiness, recruiting or retention, said Aaron Belkin, the director of the Palm Center, citing his firm’s research.

“That experience gave the military and gave the public a lot of confidence that the (Pentagon) knows how to handle minority inclusion and knows how to manage change,” Belkin said. “That lesson was the tailwind that made today’s shift possible.”

Belkin had been critical of how slowly the Pentagon had moved to end the ban on open transgender service since Carter said in July 2015 he expected to repeal the ban after six months of study. But Belkin said Thursday the policy change moved rapidly.

“I thought this campaign would take 15 years,” Belkin said. “… It went really fast because if you think about the issue of transgender military service, unlike the decades surrounding gay and lesbian service, was not on the radar screen in terms of the national public policy discussion … until about three years ago.”

“I am proud of the Department of Defense for allowing everyone who meets the standards to serve,” Young said. “We should all be judged on our merits and not on our gender identity.”

The policy change was not welcomed by all. Some senior military leaders privately said the Pentagon is moving too quickly forward with the new policy. Others, including Republican lawmakers, likened the policy change to Carter lifting of the ban on women serving in front-line combat jobs.

On Capitol Hill, Sen. John McCain, R-Ariz., the chairman of the Armed Services Committee, blasted the Obama administration for not consulting closer with lawmakers before announcing the changes and told Fox News he will hold committee hearings on the new transgender policy.

“It seems maybe they are more interested in the publicity value than getting something accomplished because something like this will require some legislation,” McCain told the news network. Armed Services staff said they had no information to report on hearings plans.

McCain’s counterpart on the House Armed Services Committee, Rep. Mac Thornberry, R-Texas, said the Pentagon and President Barack Obama were putting “politics over policy” and questioned whether a transgender-integrated military will be medically ready to deploy.

“The administration seems unwilling or unable to assure the Congress and the American people that transgender individuals will meet these individual readiness requirements at a time when our armed forces are deployed around the world,” Thornberry said in a released statement.

Meanwhile, Democrats cheered the move by Carter to repeal the transgender ban.

Rep. Adam Smith, D-Wash., who is the highest ranking Democrat on the Armed Services Committee, said integrating thousands of transgender troops will make the services stronger and more inclusive.

“It will protect the rights of transgender individuals who already serve in the U.S. armed forces, with minimal impact on the operations of the Department of Defense,” Smith said in a released statement.

“Servicemembers who are willing to die for our country deserve to be allowed to live and serve openly, and the only thing that should matter is an individual’s ability to serve,” Gillibrand, who sits on the Armed Services Committee, said in a release.