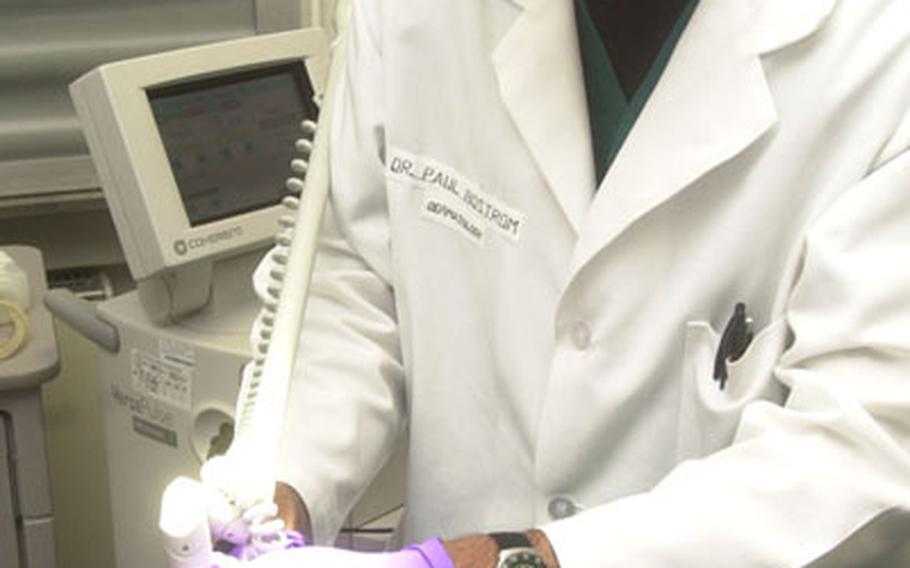 LANDSTUHL, Germany &#8212; Before getting that portrait of your sweetheart imprinted across your back, you should know that troops will no longer have the option of getting tattoos removed for free by the military.

A new Department of Defense policy requires active-duty military members to pay for tattoo removals. In the past, troops could have their tattoos removed for free after referral, and on a space-available basis.

Now the only way you can get your ink lasered away at no cost is if your commander directs that your tattoo be removed. Usually, command-directed tattoo removal is rare and only issued if the tattoo does not comply with military standards.

Currently, medical officials at Land- stuhl Regional Medical Center are only removing command-directed tattoos. All elective tattoo removal inquiries are being referred to off-base facilities, according to the hospital public affairs staff.

So that sweet tat of the falcon plunging a Rambo knife into a broken heart you got when you were 18 ain&#8217;t coming off for free.

Department of Defense officials are to still trying to determine exactly how much to charge patients to remove all that ink. But the process, which requires several sessions, costs hundreds, if not thousands, of dollars in the civilian world, said Air Force Dr. (Maj.) Paul Bostrom, a dermatologist at Landstuhl.

According to www.infoplasticsurgery. com, the typical cost for removing a tattoo is $200 to $500 per session. Because five to 20 sessions may be required for total removal, the fee may range from $1,000 to $10,000.

&#8220;It is a lot of money to get them removed [in the civilian sector], so definitely think twice before getting a tattoo,&#8221; Bostrom said.

People get tattoos removed because the tattoo is part of the past, something they want to move on from, Bostrom said. Removing a tattoo of an ex-spouse&#8217;s name is common request, he added.

Such is the case for Army Sgt. Marie Hoffman, a health care specialist at Landstuhl. The 32-year-old reservist from Sacramento, Calif., was in the process of getting a tattoo removed recently.

In order to get a tattoo completely removed, a patient must undergo on average six to 10 laser removal treatments. While local anesthetic is used, the process is not pain free.

Despite the pain of removal, Hoffman said she would get another tattoo.