DOD’s busiest port handles everything going to and from Iraq A Humvee is driven last week off the USNS Mendonca at Kuwait’s Sea Port of Debarkation. Nearly all heavy equipment flowing in and out of Iraq, including tanks, trucks and containers of gear and war supplies, is funneled through the port on the Persian Gulf. (Jennifer H. Svan / S&S)

A Humvee is driven last week off the USNS Mendonca at Kuwait’s Sea Port of Debarkation. Nearly all heavy equipment flowing in and out of Iraq, including tanks, trucks and containers of gear and war supplies, is funneled through the port on the Persian Gulf. (Jennifer H. Svan / S&S) 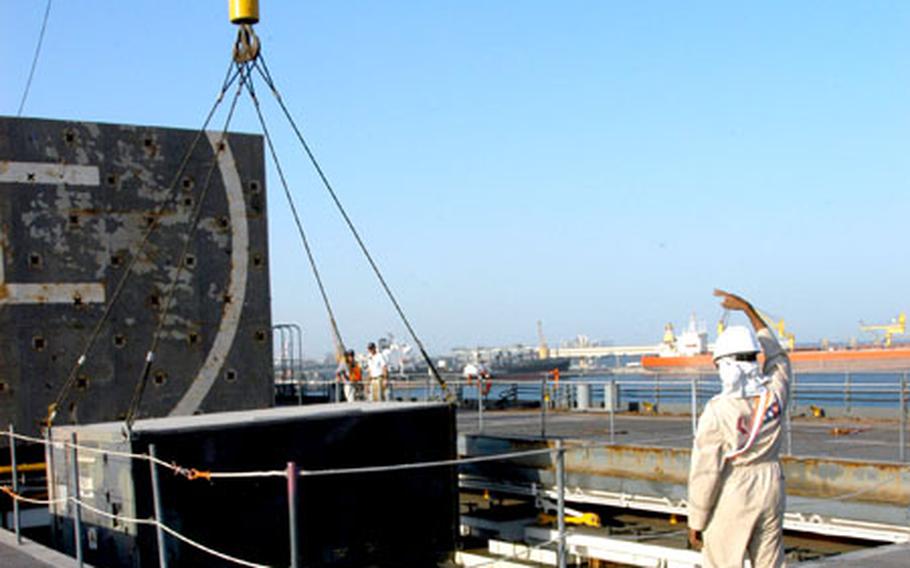 A civilian contractor motions last week as a crane lifts a container into the USNS Mendonca at the port. (Jennifer H. Svan / S&S) 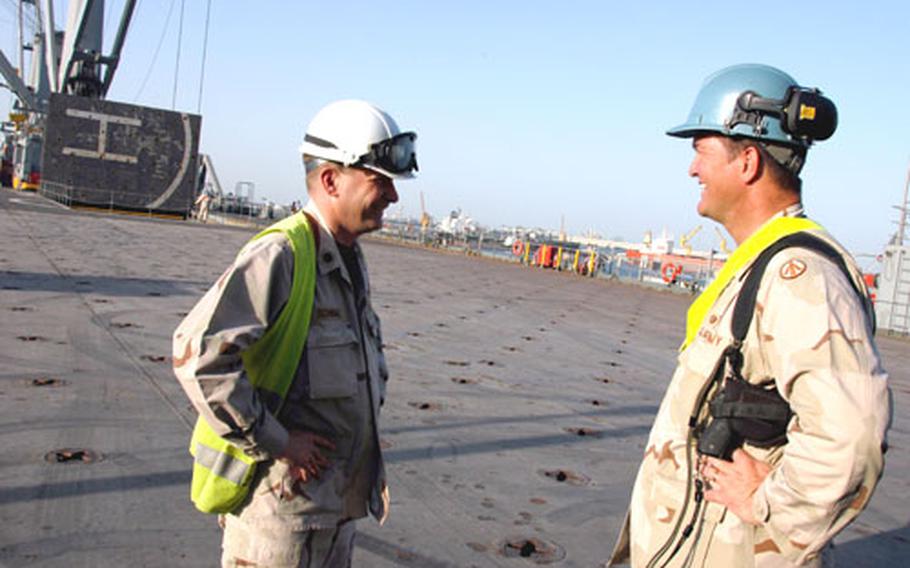 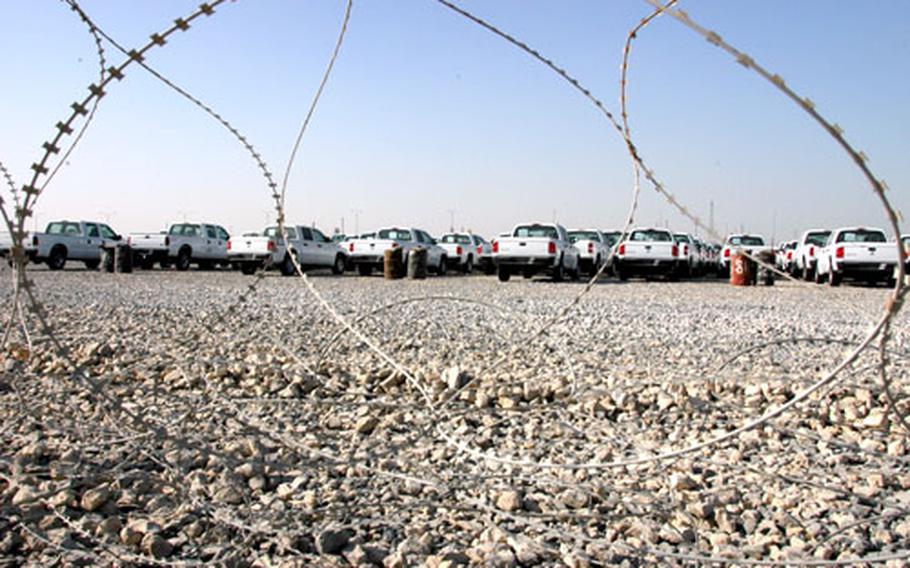 AS SHUAYBA, Kuwait &#8212; The USNS Mendonca quietly heaves into this port on the Persian Gulf with enough equipment to outfit an Army brigade.

As a hot breeze did little to cool off the bustling pier, Humvees motored off the ship&#8217;s ramp, single file. But the Mendonca won&#8217;t sail home any lighter. On shore, a string of yet more Humvees &#8212; these a bit more battle-worn &#8212; wait at the bottom of the ramp.

From the dock, Army Maj. David Carter, 1189th Transportation Terminal Brigade officer-in-charge of the vessel terminal section, watched the Humvee procession, with one eye on the heavy cranes lifting giant containers into the ship&#8217;s cavernous belly. He figures the loading and unloading will take about 72 hours if all goes smoothly.

Welcome to the Defense Department&#8217;s busiest port, through which all heavy equipment flowing into and out of Iraq is funneled.

&#8220;We can move thousands of pieces of cargo through the port at any one time, in both directions,&#8221; said Army Lt. Col. Stephen Rutner, 1189 Transportation Terminal Brigade operations officer.

The Army controls the movement of equipment into and out of the Sea Port of Debarkation at As Shuayba with help from other units, including the Navy, Coast Guard and Air Force as well as civilian contractors.

The Army has operated from the commercial port since 2003 as guests of the Kuwaiti government, U.S. military officials said.

Kuwait provides the Army with two berths and access to more than 200 acres of land for temporary storage. The port also supports commercial vessels, which import, among other commodities, sand.

There&#8217;s no shortage of sand in Kuwait: The desert dirt cakes boots, sticks to skin and hair, and blows through the tiniest of cracks. But it&#8217;s too fine to make concrete.

While the Army&#8217;s 595th Transportation Group manages the pier, including ship schedule coordination and vessel loading, the Naval Expeditionary Logistics Support Group controls the marshalling yards, where equipment is stored.

Last week, a fleet of about 500 white American-made pickup trucks destined for military units in Iraq and Iraqi police were parked behind coils of barbed wire. Awaiting pick-up were some trucks from South Korea and Italy.

Coalition forces also keep their heavy equipment at the port at no cost, usually bringing in their own ships to move the stuff home, U.S. military officials said. Convoys of trucks pick up and deliver anything with a final destination of Kuwait or Iraq.