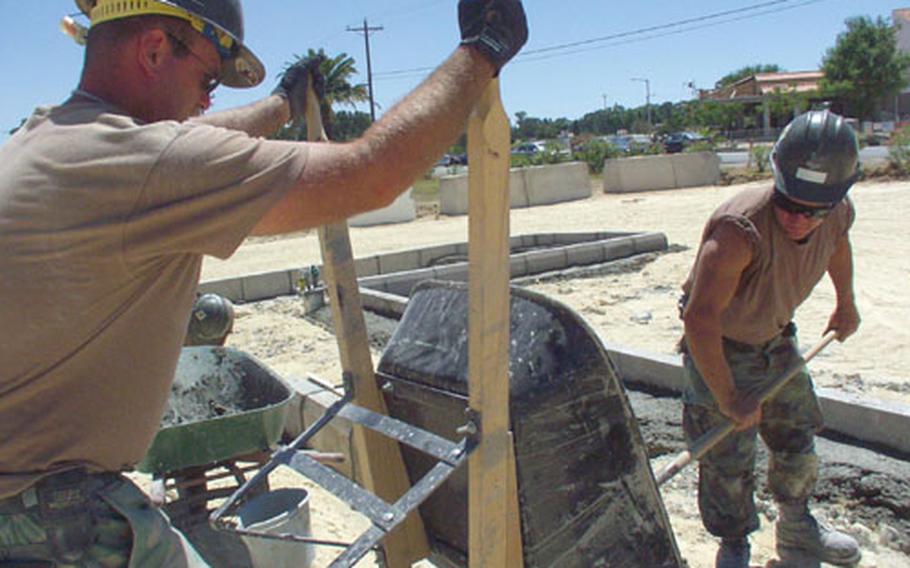 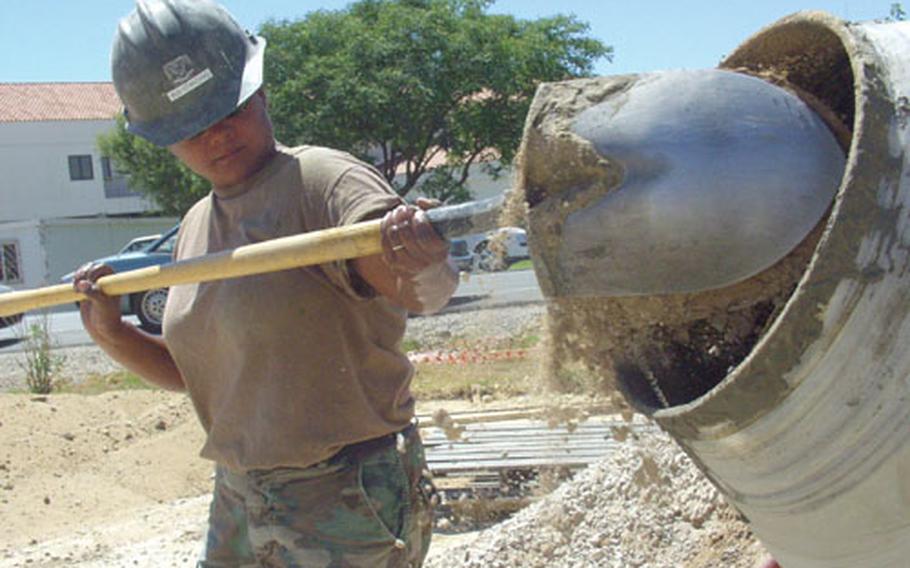 The Defense Department plans to spend more than $500 million in the next seven years to modernize this military hub in southern Spain and better meet the future missions of the various tenant commands and units.

While the Pentagon looks at downsizing some U.S. military bases in Europe or closing others altogether, the naval station is in the midst of its biggest building boom in decades.

In the next two years, Washington will spend about $100 million for roughly 50 demolition and construction projects that will give the base a dramatic new look.

Planners have dubbed the project &#8220;Rota Vision 21,&#8221; a new name for the old master plan called Rota Vision 2010. Changes include consolidating commands into more energy-efficient and functional buildings while leveling the old ones and creating a more centrally located core area.

It&#8217;s part of the Navy&#8217;s &#8220;recapitalization&#8221; of bases in Europe. Instead of spreading money to all the bases in the region, the plan involves giving a huge sum of money to revamp one base at a time. Naval Air Station Sigonella, Sicily, has had its face lift. Major construction projects in Naples, Italy, are under way, making Rota next in line for the large chunk of construction money.

Designers say Rota&#8217;s new layout will be more pedestrian-friendly, allowing military personnel to walk from building to building, rather than driving.

New buildings also will be more energy-efficient and slash maintenance expenses. Many commands on base are housed in buildings constructed in the 1950s and have been adapted to meet their needs.

The master plan will create a base that will be incredibly different from what a visitor might see today. Some construction projects are already in the works.

The major improvements include:

&#8226; A $10.7 million elementary school complex. Classrooms, a gym and playing fields should be ready by the end of summer. A new high school also is planned.

&#8226; Consolidating commands into one central area within walking distance of the flight line. Human Resources and the Personnel Support Detachment will move into a larger headquarters building in the center of base. The security department will also get a new home. A new complex will hold U.S. and Spanish police forces, Naval Criminal Investigative Service and the Explosive Ordnance Disposal Mobile Unit Eight. It also will include a new fire station. Cost: $120 million.

&#8226; Constructing several buildings at Camp Mitchell, home to rotating Navy Seabee units deployed to Rota from the U.S. Navy construction battalions currently operating out of temporary tin huts that were built when &#8220;Gomer Pyle, U.S.M.C.&#8221; was a hit TV show in the mid- to late 1960s. Cost: $70 million.

&#8226; Expanding the pier to allow more ships. The project also involves dredging the pier area so it can fit a carrier-size vessel. One pier will be dedicated to repairing damaged ships. Naval Special Warfare Unit 10 &#8212; a SEAL unit based here &#8212; and Port Operations will both get new buildings. NATO is expected to pay for most of the pier improvements. Cost: $160 million.

&#8226; Creating 16 parking spaces on the flight line to accommodate large, cargo aircraft. The Air Force&#8217;s &#8220;En Route&#8221; project will include the new plane parking lot, five new buildings and a fire hydrant-like refueling system. A new air tower used by both the United States and Spain will be included. Cost: $150 million.

One of the most visible projects will be a new Navy exchange and commissary mall complex. The 150,000-square-foot building will put all of the base stores under one roof. Base stores are currently spread out across four buildings, forcing some shoppers to hop from store to store to get everything they need. The shopping center, which will include a food court, will cost between $33 and $38 million.

&#8220;It will be where you can have one-stop shopping,&#8221; said William Taylor, Navy Exchange Service Command&#8217;s head facilities planner.

The mall will be at the base fairgrounds.

Engineers with both the Navy Exchange and Department of Defense Commissary Agency are meeting this week in Rota to discuss designs. They will meet again in November before starting construction in 2005. Registers are scheduled to ring up their first customers in the summer of 2006.

Spanish contractors will do most of the work for the Rota Vision 21 projects, but rotating Navy Seabee battalions will help.

The base has set up a Program Management Office as a point of contact for commands wanting the latest information on the status of projects and any alterations.

Naval Station Rota will celebrate its 50th anniversary this September. The Spanish base hosts about 3,000 U.S. active-duty military personnel from all the services with the majority coming from the Navy.