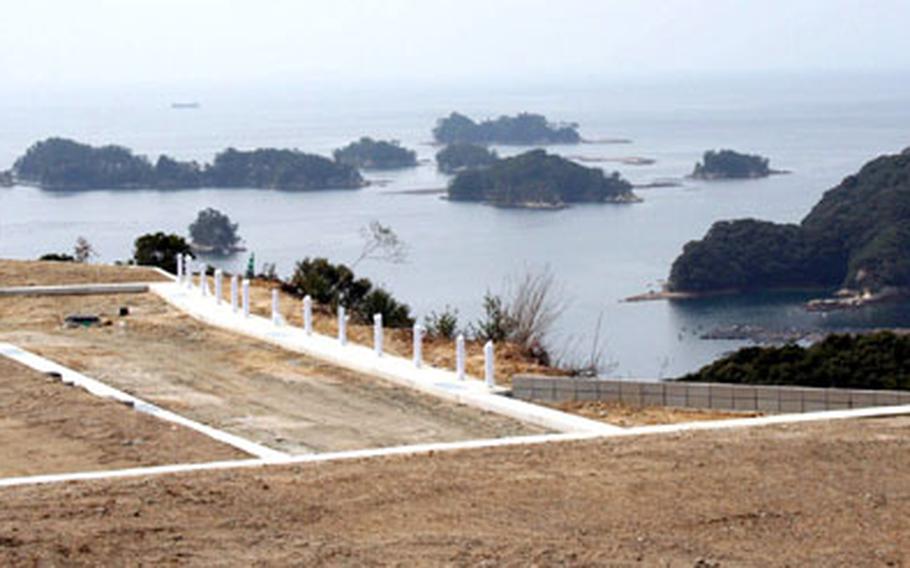 Terry Renick bought land overlooking Sasebo’s 99 islands and is building a 2,000-square-foot house on the lot. Renick, a civilian worker at Sasebo Naval Base, Japan, is using his government housing allowance to purchase the bulk of the new home and land. (Courtesy of Terry Renick)

Renick, and a handful of Department of Defense workers like him in the Sasebo area, are using their military housing allowances to pay off mortgages rather than monthly rent.

This purchasing option isn&#8217;t new to military workers, Renick and others say. But it&#8217;s only in recent months that Americans working for the military in Japan have been able to borrow mortgage money without needing a Japanese co-signer.

At least one Japanese bank, Shinsei Bank, has begun offering mortgages to U.S. military workers. A spokesman for Shinsei confirmed the business last month but declined to be interviewed for this story.

For Renick, the combination of the military&#8217;s housing policy and Japanese interest rates made the prospect too good to ignore, and he has four other friends making the same plunge.

In Japan, mortgage rates hover around 3 percent. In February, the U.S. national average for fixed, 30-year mortgages was 6.37 percent, according to the Federal Housing Financial Board.

Plus, the military will pay monthly mortgage notes for up to 10 years for those who qualify for &#8220;living quarters allowance,&#8221; the military&#8217;s housing allowance for civilians, according to the Human Resources Office at Sasebo.

Renick and others have approval from their bank to make early payments on their loans and interest without penalty. They can watch the value of the dollar against the yen and make lump payments when the exchange rate is in their favor, he said.

But it&#8217;s not an easy process, and it does involve a large amount of upfront money, said Renick, who put about $80,000 down. With that, closing costs, a trip to Tokyo and Fukuoka to finalize the deal and other fees, he&#8217;ll end up paying about 20 percent of the total cost for the land and construction.

Another concern involves resale, Renick said. In Japan, houses almost always depreciate after purchase, much like a car in America. The land value may increase, but not always.

There also are yearly property taxes, though assessment happens only once, at the time of purchase. Renick estimated his would be between $1,500 and $3,000 each year.

There can be limits to individual applicants; those interested in buying property overseas are urged to contact their local Human Resources Office, Maria Borja, a human resources specialist, wrote in response to questions.

For Renick, the whole process &#8212; from finding a location and securing the loan to construction &#8212; will take close to a year. He said he hopes to move in this summer.