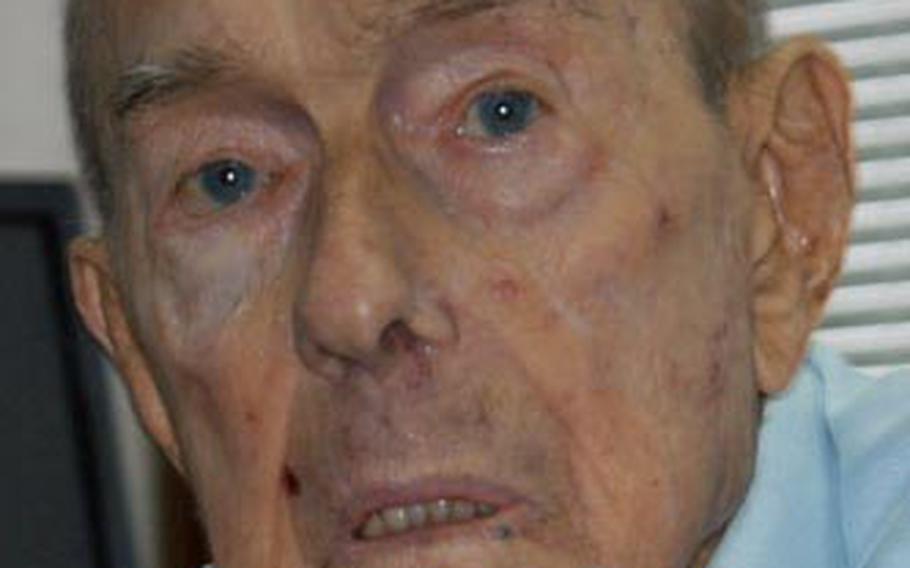 Harold Thon, a Department of Defense civilian working at Sagami Depot, died from cardiac arrest on Sept. 12. Thon, 95, who had been fighting terminal leukemia, was getting ready to retire after 62 years of service as a DOD civilian and was believed to be the oldest employee in the DOD. (Vince Little)

Harold Thon, who served in the Department of Defense as a civilian for 62 years and was planning to retire at the Army&#8217;s Sagami Depot, died from cardiac arrest on Sept. 12 at a Japanese hospital, base officials said Thursday. He was 95.

Thon, who was profiled in an Aug. 26 story in Stars and Stripes, had been fighting terminal leukemia. He was believed to be the oldest employee in the Defense Department.

Thon was interviewed about his upcoming retirement, life in Japan and what kept him working all those years.

Born Dec. 4, 1913, in Perry, Iowa, Thon joined the Marine Corps at age 29 but saw no action in World War II. He was assigned to the 3rd Marine Division, 9th Marines on Guam and left the Corps in 1945 as a platoon sergeant.

In 2006, Thon took just four hours of sick leave to see a dentist.

He ran three miles a day until he turned 92.

Thon had planned to retire in mid-September, but decided to continue working with the Army while he tried to secure a visa to stay in Japan.

He is survived by Chie, his wife of more than 40 years, who lives in Tachikawa.

Per Thon&#8217;s wishes, no memorial service was held at Zama.