DOD: Among services, Army had highest suicide rate in 2014 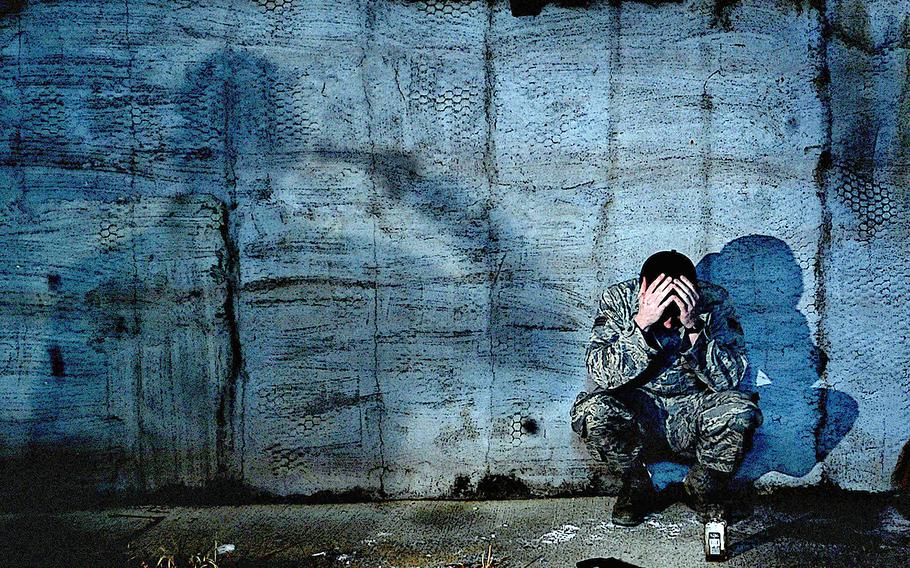 The military saw a slight increase in active-duty suicides in 2014, while the suicide rate among National Guard and reserve members saw a significant decrease from the previous year, according to the latest annual report on military suicides from the Pentagon.

In 2014, 269 active-duty troops and 169 reserve and National Guard members were found to have killed themselves, according to the 2014 Defense Department Suicide Event Report, a comprehensive analysis of suicide and suicide attempts in the U.S. military.

The Army had the highest suicide rate among the active components, at 23.8 per 100,000 soldiers, according to the report. The lowest rate, 16.3, was in the Navy.

A total of 1,126 suicide attempts were reported from the four services.

The report, released last month, found the military rates were similar to U.S. civilian suicide rates when adjusted for age and gender, according to the most recent data from the Centers for Disease Control and Prevention.

The goal of compiling an annual suicide report is to identify characteristics of suicide-related behavior within the military, information that can be used to guide suicide-prevention strategies and programs within DOD, officials said in the report.

To that end, the report reviews medical and behavioral health, personnel and investigative agency records, among other data. Information can be gathered through interviews with commanders, and even family members.

Most servicemembers who ended their lives or attempted to do so in 2014 were white men under the age of 30, from the enlisted ranks, with a high school diploma or lesser education.

Of the 269 active-duty troops who committed suicide in 2014, only 17 were women. Nearly half of the women — eight — were from the Air Force.

Of all troops who killed themselves, most did so with a gun or by hanging or asphyxiation. Sixty-three percent had a gun in the home or in their immediate environment, though most were not a military-owned firearm, the report said.

For some, there were signs of trouble before their deaths. Many had a mental health diagnosis prior to the suicide. Mood and adjustment disorders were identified as the most common, as was a history of substance abuse. About 61 percent had accessed a health or social service within the previous 90 days, while 29 percent had communicated potential for self-harm to a supervisor, friend, spouse, or mental health staff, among others.

Some had seen combat and been injured, but the most frequently cited stressors were failed relationships and administrative or legal issues within the last 90 days, including civil legal procedures, non-judicial punishment, medical evaluation board proceedings, and “under investigation” for unspecified reasons.

This year’s report, for the first time, matched suicides and attempts against servicemembers who reported a sexual assault. According to the data, there were no suicides and 28 suicide attempts associated with an unrestricted report of sexual assault during the year prior to the event.

The Pentagon releases suicide data quarterly, but has not released total suicide figures for 2015.