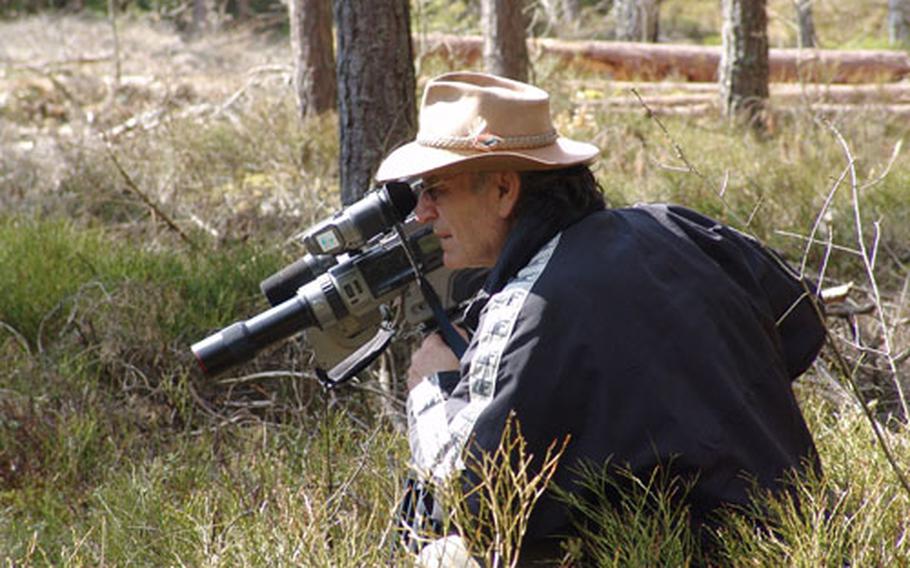 Raimund and Christina Roettenbacher, who have already filmed several nature documentaries near Grafenw&#246;hr, applied to film inside the training area last year.

The training area encompasses more than 88 square miles of land, including more than 45 square miles of forest, a large stretch of the Frankenh&#246;he River and numerous wetlands, lakes and streams that are home to some of the rarest species in Europe.

Christina Roettenbacher, who has been on post many times in her role as a writer for the local newspaper Mittelbayerische Zeitung, said the couple&#8217;s goal is to make a film about the Grafenw&#246;hr biotope.

Raimund Roettenbacher, a former Grafenw&#246;hr city engineer, added that the film would show the good work that the U.S. Army is doing to preserve the local environment.

&#8220;I think the training area is the biggest nature reservation in Bavaria,&#8221; he said. &#8220;If the Army wasn&#8217;t there, it would not be preserved. You have the open plains, you have swamps, and you have woods. In the western part you have rocks. There is a big variety of plants and animals. This variety you can&#8217;t find outside. You can find it only inside the training area.&#8221;

Their film would be the first about the ecology of the training area, he said.

&#8220;We would like to show what the administration in the training area is doing for the environment. I would like for firms outside to have the same engagement in environmental things like they do inside,&#8221; he said.

Some people saw tanks as destroyers of nature, but at Grafenw&#246;hr tank tracks were home to rare species such as the yellow-bellied toad, which survives in pools of water that form in tank tracks after rain, Raimund Roettenbacher said.

On Wednesday, the couple, who spend most days filming in the woods, were at home, near Grafenw&#246;hr&#8217;s front gate, editing film for a documentary they are producing on wildlife in the pine forests surrounding the base.

Their video collection includes images of butterflies hatching from cocoons, birds&#8217; mating dances and a rare film of a coil adder thought to be extinct in Bavaria until Raimund Roettenbacher found it in 2000.

Any documentary filmed inside the training area would be made in both the European PAL format and the North American NTSC format so that soldiers could enjoy it, he said.

The couple would need at least a week&#8217;s worth of access to the training area to do the project, he added.

U.S. Army Garrison Grafenw&#246;hr spokeswoman Susanne Bartsch said she hoped to schedule a meeting between the documentary makers and officials from the base environmental office and directorate of public works as a first step toward filming.

Bartsch said the fact that military training is ongoing at the base and the need for extended access to film complicated the project but added: &#8220;&#8230; we have to find a way to put this into our schedule and make this happen.&#8221;