Doctor: Soldiers hurt in copter crash most concerned about fate of others 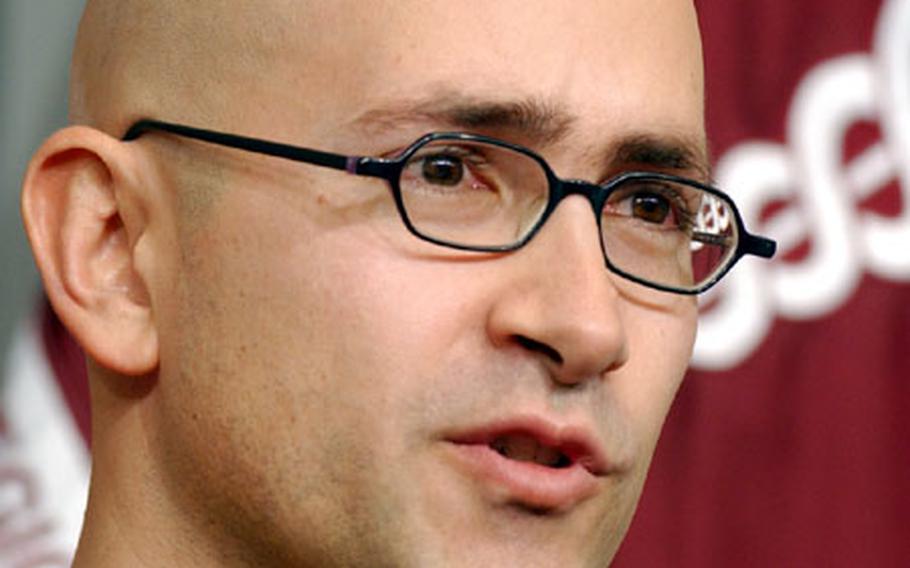 LANDSTUHL, Germany &#8212; Some of the soldiers most critically wounded in a helicopter crash in Iraq are most concerned about what happened to the troops they were flying with, a Landstuhl Regional Medical Center doctor said Tuesday.

Although most of his patients are on ventilators to help them breathe, Air Force Maj. Allan Philp, an intensive care unit physician, said he had spoken to a few patients about the crash.

Five more soldiers from the crash were brought to the military hospital Monday night and Tuesday, including three with serious injuries who were taken to the intensive care unit, officials said.

The soldiers, among 11 patients being treated in the intensive care unit, are suffering a variety of injuries, including head and abdominal wounds and pelvic and limb fractures. Many will require extensive rehabilitation, Philp said.

As of Tuesday afternoon, the hospital was treating 21 survivors of the Chinook crash Sunday near Fallujah that killed 15 other soldiers. Three ICU patients were evacuated to Walter Reed Army Medical Center in Washington, D.C., Tuesday morning, doctors said.

The move partly was to make room for additional patients. The hospital has been averaging more than 40 patients a day from the Iraq war. About 10 percent have battle injuries.

Spc. Amber Patterson, a licensed practical nurse in the ICU, agreed that the soldiers who survived the crash are most concerned about their buddies.

&#8220;We&#8217;re trying to get some information for them to find out if they know anyone in the hospital who can help,&#8221; Patterson said during a news conference Tuesday.

Capt. Rebecca Duckwall, an ICU nurse with the 212th Mobile Army Surgical Hospital, said some of her patients had been able to use the telephone to call friends and family members, but they were not able to walk around.

Initial reports indicated that the Chinook troop transport was shot down by a missile, but results of an investigation have not been released. The transport was reportedly taking the soldiers from Fallujah, a hot spot of insurgent violence, on a rest-and-recuperation trip.

Philp, the ICU doctor, said he is unable to determine whether the soldiers were injured in the crash or by some sort of missile attack because the wounds were so varied.

Most of the patients are in their early 20s, he said.