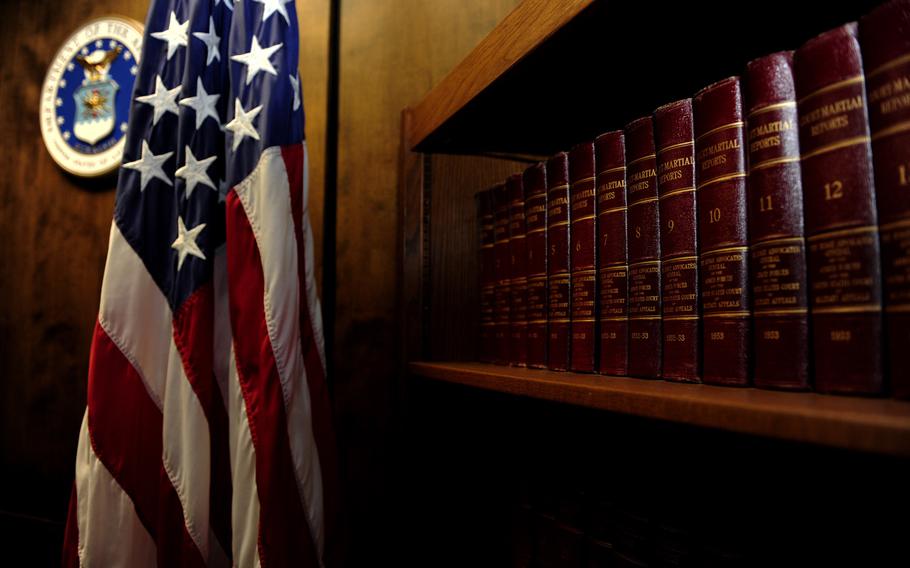 WASHINGTON — A rape case the Air Force is investigating for the second time wraps up many of the complexities faced by a military struggling to deal with sexual assault in a single package, military legal experts say.

Command bias against victims, the influence of politics on military justice and the contested — often alcohol-soaked — facts of sex-crime cases are among the knotty issues surrounding an Article 32 investigation that began this week involving Airman First Class Brandon T. Wright. He’s accused of raping a female sergeant in July 2012 when both were stationed at Aviano Air Base, Italy.

Wright faced an Article 32 last year to determine if there was enough evidence to proceed to court martial. But Third Air Force commander Lt. Gen. Craig Franklin elected in August to drop the charges, while refusing the alleged victim’s request to meet with him.

The unusual do-over that began Tuesday at Joint Base Andrews was ordered by top Air Force officials concerned with decision-making by Franklin. The general, who announced he would retire last week, became a lightning rod for criticism of the military’s handling of sex crimes after he overturned the sexual assault conviction of a fighter pilot last February.

His decision was a key rallying point for legislators, victim’s advocates and others who want to change the Uniform Code of Military Justice to strip military commanders of control over prosecutions. The Pentagon and the service branches, however, have argued such a move would hurt military order and discipline.

Outside the hearing this week, the accuser’s special victims counsel — an Air Force attorney who works specifically for the victim’s interests, rather than for the prosecution or defense — said the previous Article 32 was biased against the woman, and featured badgering questioning from the investigating officer.

“It was very clear to us where he was going,” said Capt. Maribel Jarzabek, who wrote a 12-page complaint about the hearing that helped spur the new Article 32. The new investigation, expected to conclude in several weeks with a recommendation from the investigating officer, has a very different tenor, she said.

“The process is working,” she said. “Her voice was heard.”

But legal expert Eugene Fidell, who teaches military law at Yale, said the Air Force’s ad hoc response to Franklin’s decision to throw out charges against Wright — regardless of the facts of the case— calls into question whether the system truly works.

“They seem to think they have an excellent system, except when it doesn’t produce the result they want,” said Fidell, who advocates giving authority over prosecutions to independent military legal authorities fully versed in the UCMJ.

Fidell said Air Force brass had legal authority to send Wright to another Article 32, but called the decision “systemically indefensible.”

The current system, he said, “functions in a way that doesn’t foster public confidence. A reasonable, impartial observer doesn’t expect the government to keep coming back until it finds a convening authority that will do its bidding.”

But another military legal expert said the Air Force’s decision was the right one, given the doubts about fairness toward victims that resulted from Franklin’s February 2013 decision reversing the sexual assault conviction of Lt. Col. James Wilkerson.

“I think that what has happened is positive,” said retired Maj. Gen. John Altenburg Jr., a former deputy judge advocate general of the Army who now practices law in Washington. “Apparently the Air Force decided to send it to another convening authority for a look in order to ensure that Gen. Franklin’s decision didn’t color the impression that people — and especially the victim — would have of the process.”

“These kinds of charges are among the most difficult to address, and to determine disposition” because they frequently lack enough evidence or witnesses for a clear-cut prosecution, he said.

Indeed, the hearing that began this week featured the kind of contradictory testimony that a private-practice military defense attorney said makes such cases difficult to resolve.

“Many of these take place in the barracks with people they know, or at a party — they’re making out and there’s alcohol involved,” said Greg Rinckey of the law firm Tully Rinckey. “It’s not always so easy to say where the line is on criminality and where the line is on what is consensual sex. There might be two perspectives — two perceptions of what happened that night.”

According to the female sergeant, whom Stars and Stripes is not identifying because she is the alleged victim of a sexual assault, she gave Wright no encouragement before he pulled her on top of himself, forcing kisses on her and eventually raping her.

But a friend of Wright’s, Sr. Airman Shaun Sosa, who was present during the night of drinking and watching movies when the rape was alleged to have happened, contradicted much of the woman’s testimony. He said the pair had been flirting for hours before cuddling under a blanket.

Sosa said heard from another room of the woman’s apartment what to him sounded like a consensual sexual encounter — giggles followed by moans of pleasure.

Contradictory testimony from an eyewitness — or one in earshot — could be devastating to a prosecution, Fidell said.

“If that evidence is credible, then it should stop moving to prosecution,” he said. But if the investigating officer in the case decides there’s reason to question Sosa’s credibility, he might decide a court-martial panel should decide who’s lying, Fidell said. “Then it’s a horse race. Credibility questions come up all the time — that’s the nature here.”

An advocate for military sexual assault victims said the stop-and-start way the case has played out is damaging to both the female sergeant and to Wright — and is a result of a flawed system that gives commanders with limited legal understanding and potential conflicts of interest control over prosecutions.

“Not every case is going to be under such scrutiny as Aviano,” said Nancy Parrish, president of the organization Protect our Defenders. “The world is not always watching to force military leaders to do right by the victim and the accused.”