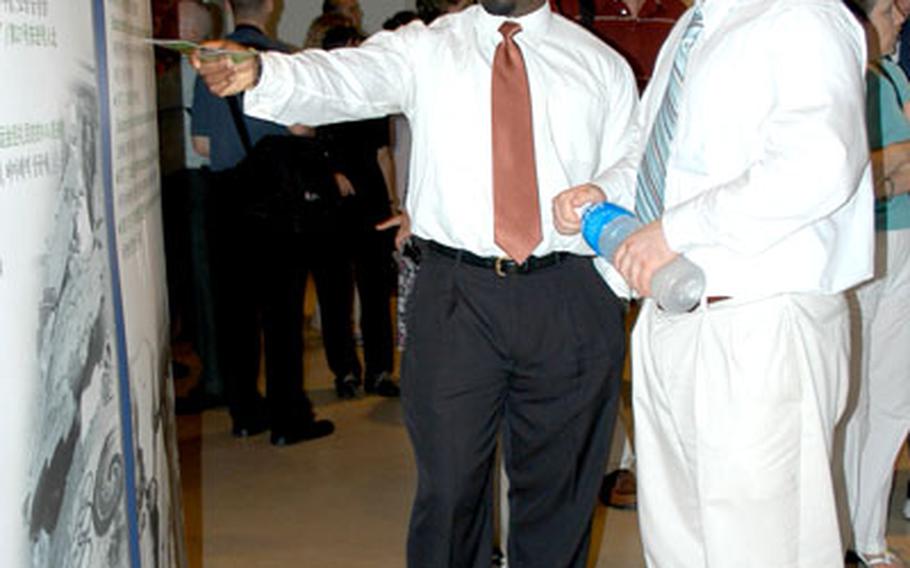 Margue Snow, 17, left, and Michael Warhurst, 19, look at a display during the tour Wednesday in a museum dedicated to explaining the DMZ. (Teri Weaver / S&S) High school and college students whose parents work with U.S. Forces Korea visited the Demilitarized Zone Wednesday. Part of the tour included a stop at a museum inside the DMZ, a 2.5-mile wide border between North and South Korea. (Teri Weaver / S&S) 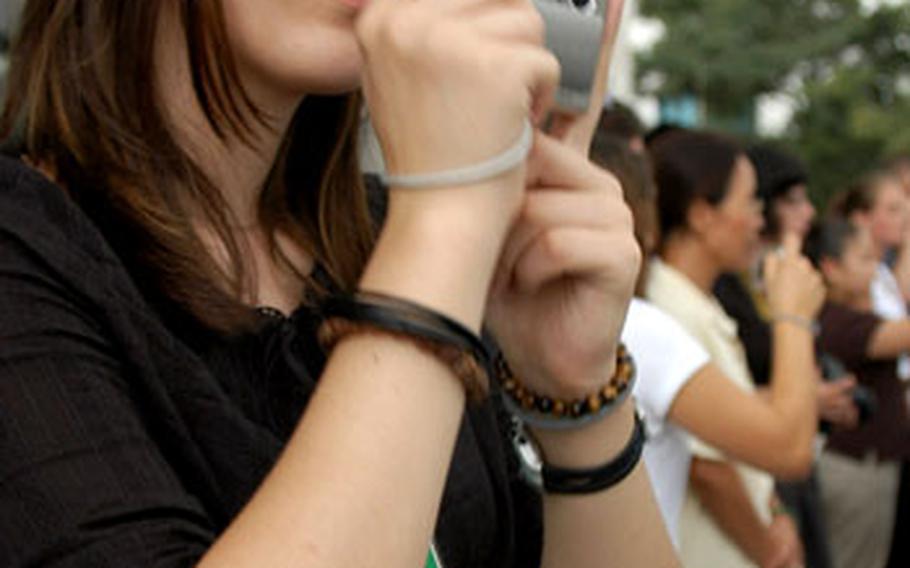 Her father, a servicemember newly stationed in South Korea, had filled her head with some scary images of the Demilitarized Zone, the heavily guarded border between North and South Korea. Thiessen and about 50 other high school and college students were to visit it the next day.

By about 3 p.m. Wednesday, after getting a glimpse into the secluded North and learning more about the history of the 2.5-mile-wide border, Thiessen felt calmer. The students&#8217; tour, to that point, had included many more views of the area&#8217;s lush rice paddies and untouched wildlife than the security forces and systems that cover much of the 151-mile-long border.

The students didn&#8217;t come close to land mines while on foot during their tour, but about an hour later they learned they were driving through an area dotted with several thousand mines.

Also during the tour, hosted twice a year by U.S. Forces Korea&#8217;s community relations office, the students talked with South Korean and U.S. soldiers, walked into a tunnel North Korea built beneath the DMZ, and stood on a vista surrounded on three sides by the communist country.

And as the day went on, many of the students said they grew more tense and began to better understand why their parents are needed to serve with U.S. Forces Korea on the peninsula.

At the end of the day, the students reached the Joint Security Area, the meeting area inside Panmunjom where standing on the opposite side of a room can put you inside North Korea. They were given strict instructions about how to walk (in a straight line, without stopping) and how to act (don&#8217;t point or wave) when standing in a place monitored by the North Koreans.

They also learned about recent developments aimed at easing some of the tensions between the Koreas &#8212; and between North Korea and the rest of the world.

They heard about the two new corridors that connect North Korea and South Korea, as well as a new train line that carries food, supplies and even jobs into North Korea.

A new industrial park in Kaesong, North Korea, has put people there to work making South Korean products, said Capt. Alan Throop, patrol officer for the western corridor near Panmunjom. The workers are paid $57.50 a month, a wealthy sum for a North Korean, he told the students. But no one is sure the workers get the entire amount because the payments are made to the North Korean government, not the workers directly, he added.

&#8220;It really puts things in perspective,&#8221; said Marque Snow, a 17-year-old Seoul American senior who has been in South Korea for about three years. Going to school on Yongsan Garrison, the U.S. military&#8217;s headquarter base in Seoul, makes military life in South Korea seem relatively relaxed, said Snow and others.

But seeing South Korean soldiers constantly standing at attention only a few yards from North Korean soil erases some of that comfort, Snow said.