DMZ school's graduating class of one moves up to next level 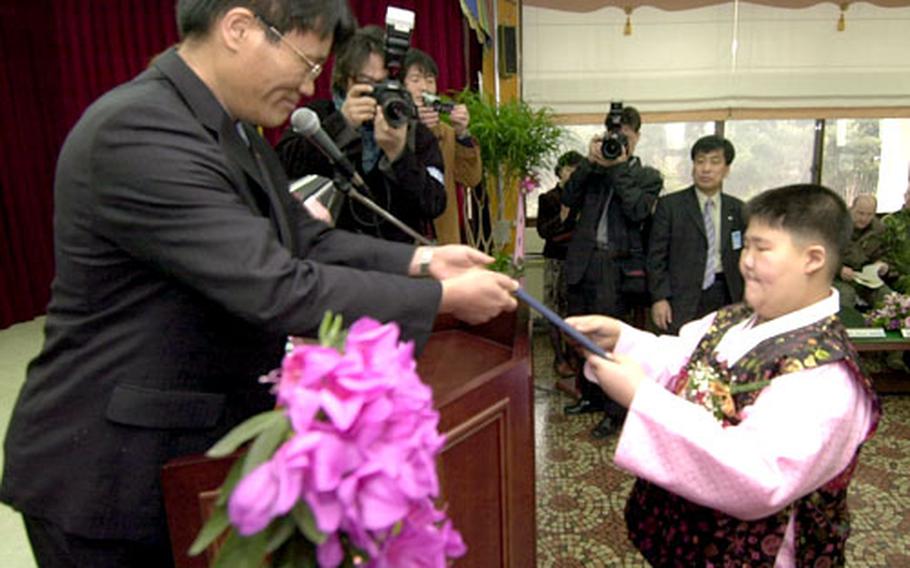 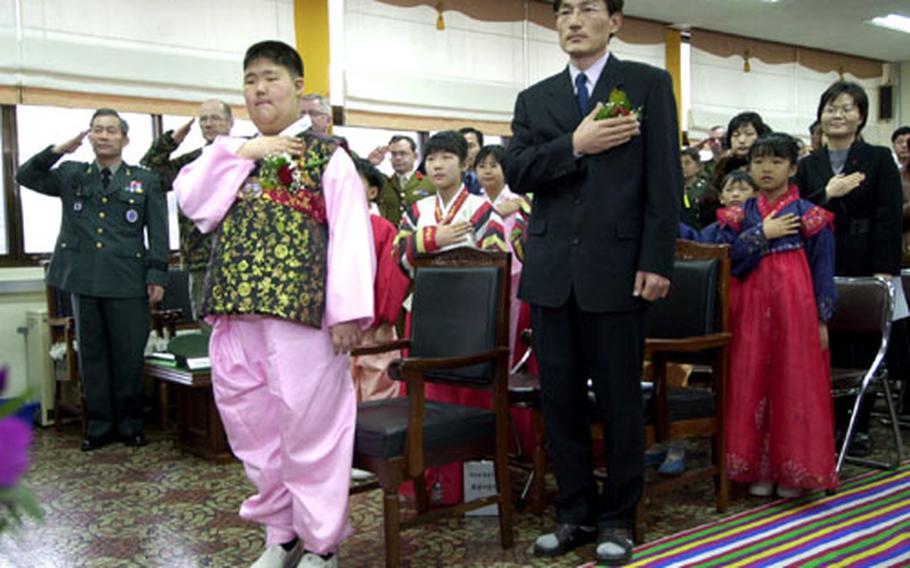 IN THE DEMILITARIZED ZONE &#8212; It&#8217;s doubtful that 12-year-old Koo Je-won will ever forget his elementary school graduation ceremony.

The attention wasn&#8217;t unexpected. Koo is one of the 222 residents of Tae Sung Dong, often called &#8220;Freedom Village.&#8221; They are the only people who actually live in the demilitarized zone separating the two Koreas, and their village is considered a symbol of the South&#8217;s economic success and democratic freedom.

Right outside the village, just across some rice fields, North Korea&#8217;s only authorized DMZ village, Gijong-dong, looms large, though uninhabited. The 1953 armistice agreement allowed both Korea and South Korea to have one town each in the area.

And the graduation ceremony at the only school in the DMZ has become a celebrated event.

The school&#8217;s other eight students gathered to watch as Koo, the only sixth-grader, was honored during the 38th annual ceremony. There are no fifth-graders, meaning no graduation ceremony in 2007. But three fourth-graders &#8212; two girls and a boy &#8212; will be ready for their turn in the spotlight early in 2008.

Koo also thanked his teachers, saying he remembered the first days of school &#8220;when everything felt awkward,&#8221; and his parents for being present to witness his moment of achievement.

South Korean Maj. Gen. Cho Young-rae, senior member of the United Nations Command&#8217;s Military Armistice Commission, talked directly to the children, reminding them of the uniqueness of their situation, from the high-ranking visitors to the one-of-a-kind awards they&#8217;ll earn on graduation day.

Koo repeatedly was called forward to accept gifts and awards as his fellow students helped stack a pile next to his chair.

Life in the village is unique. The South Korean government requires villagers to spend at least 240 nights per year in the village to maintain residency. And residency is limited to those whose relatives lived in the village before the Korean War.

They live under a strict curfew and must be in locked homes by 11 p.m. nightly.

They&#8217;re in constant contact with the military and are escorted when work in the fields brings them within feet of the demarcation line marking the exact border with North Korea.

They&#8217;re called refugees, and while they hold South Korean passports, they aren&#8217;t considered residents of the country. They pay no taxes, farm about 10 times more land than the average farmer and earn about $82,000 a year.

Koo, like the 145 sixth-graders who&#8217;ve graduated from Tae Sung Dong elementary school in the last 38 years, now will get to pick where he wants to attend seventh grade. Most graduates select schools in nearby Paju or Munsan.