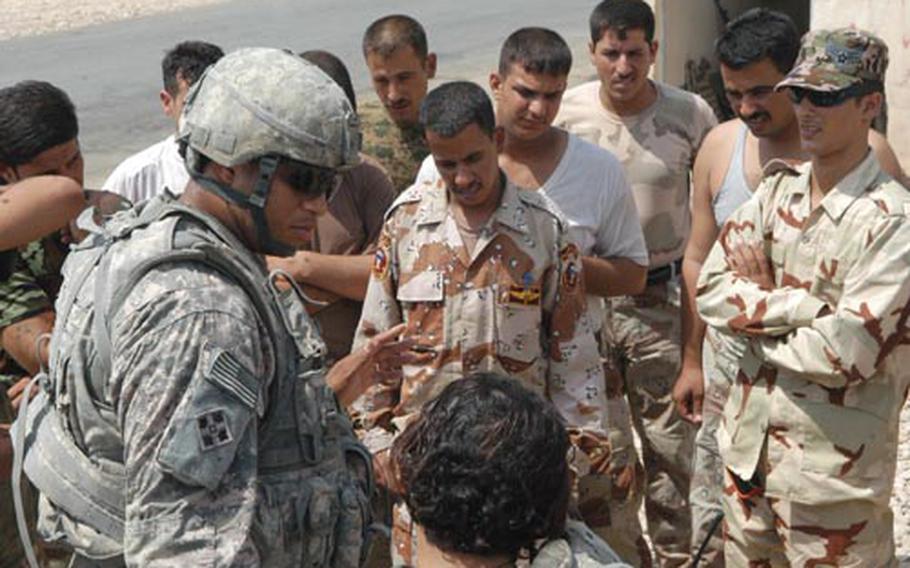 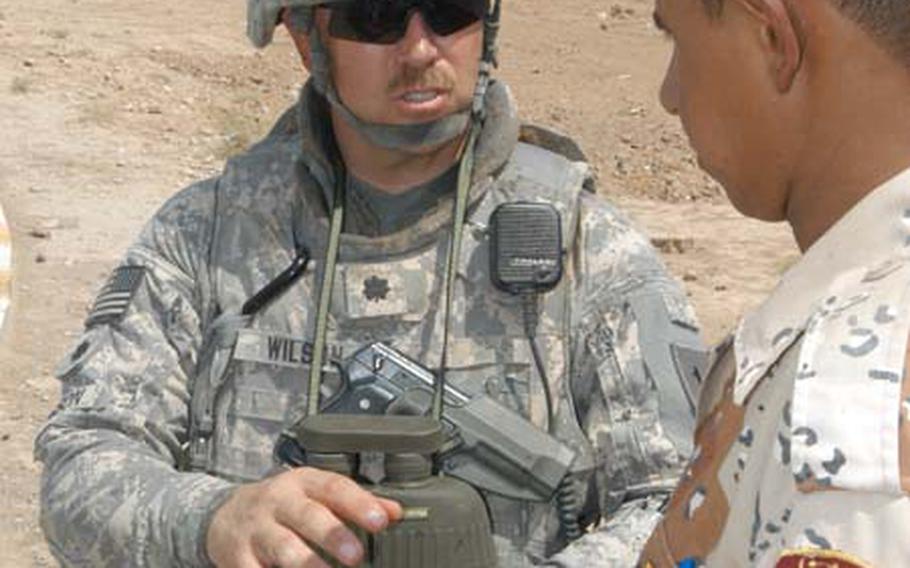 KHANAQIN, Iraq - No shots had to be fired to end a recent standoff between Kurdish Peshmerga fighters and Iraqi Army soldiers in this town in northern Diyala province. It came down to politics, not bullets.

Even though the situation has eased, the Kurdish town is still up for grabs between the autonomous region of Kurdistan and Iraq&#8217;s Shiite-led government. On Friday, troops from both sides shared contradicting views of where the town belongs.

Two days earlier, Iraqi government officials denied Kurdistan&#8217;s bid to shift all Iraqi Army soldiers away from the town. Both sides eventually agreed to let Iraqi Police control the center of town and leave Iraqi Army checkpoints on the outskirts, according to U.S. officials.

The Peshmerga removed a majority of its forces from the town by Friday. It&#8217;s still unclear whether they intend to leave any elements behind. More talks are expected to be held on the town&#8217;s future.

Troops with the Iraqi security forces and Peshmerga told Stars and Stripes that politics is the way to move ahead in this row. But each side said that Khanaqin &#8212; the population of which is more than 80 percent Kurds &#8212; should be part of its government.

Abdul said that Kurds have a fascination of having their own country, a notion that goes against plans of the Iraqi government.

"There&#8217;s a bigger dream in Kurdistan to establish a nation and government," he said. "This is all a dream."

"All of it is Iraq," Pvt. 2 Hussein Mzel, an Iraqi soldier from 4th Brigade, said through a translator, referring to the town and other disputed Kurd areas in northern Iraq. "One Iraq, one flag."

Kurds manning checkpoints said through a translator that Khanaqin being a part of Kurdistan is inevitable.

"God willing it will be part of Kurdistan," said Sgt. Talib Mohammad Kasam, a member of the Peshmerga special forces.

"It&#8217;s in a Kurdish area," Iraqi Police Sgt. Mohammad Jamal, a Kurd, said of the town surrounded by dusty foothills next to the Iranian border.

Iraqi Army Sgt. Maj. Yaseer, with the 4th Brigade, said he had no trouble with the Peshmerga while they were at the nearest army checkpoint to Khanaqin, which was a show of force more than anything as the Iraqis weren&#8217;t stopping any vehicles.

A few days ago, Peshmerga fighters even brought food to his soldiers, he said.

"The Peshmerga try to defame our division," he said through a translator. "We try to tell the locals we are good. It&#8217;s only a matter of time [before] they understand."

The northern Diyala region is contentious. Starting in 2003, Kurds who were displaced under Hussein&#8217;s Arabization efforts in the 1980s returned to the area, forcing many Arabs to move elsewhere.

Peshmerga fighters then advanced south and held positions to rid al-Qaida elements in the region, making al-Qaida in Iraq the ideal protectors for Arabs who feared the emerging Kurd power.

Iraq&#8217;s government recently sent its army to take control of Khanaqin but stopped just outside the town to avoid potential bloodshed.

In August, thousands of Kurds held protests as the Iraqi soldiers approached the town to replace the Peshmarga, according to news reports.

Wilson hopes that the Iraqi Army and Peshmerga can join together to fight common enemies &#8212; al-Qaida insurgents and Iranian-backed "special groups."

"They&#8217;re tired of outside influence," Wilson said. "[Insurgents] try to instigate between the two, to keep a rift going."