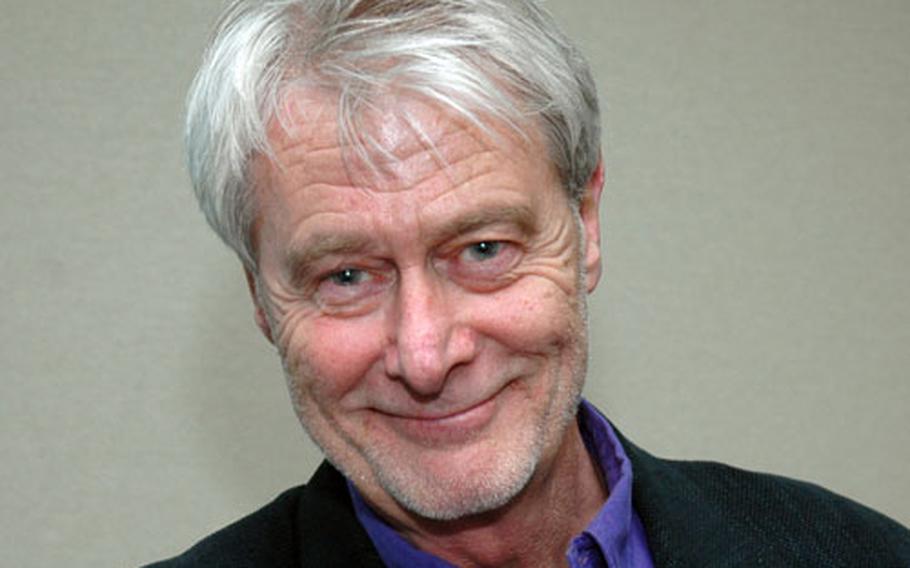 Padraig O’Malley, a professor at the University of Massachusetts Boston, knows firsthand that it&#39;s possible for mortal enemies, even religious ones, to shake hands. (Photo courtesy of Padraig O'Malley)

Padraig O’Malley, a professor at the University of Massachusetts Boston, knows firsthand that it&#39;s possible for mortal enemies, even religious ones, to shake hands. (Photo courtesy of Padraig O'Malley) 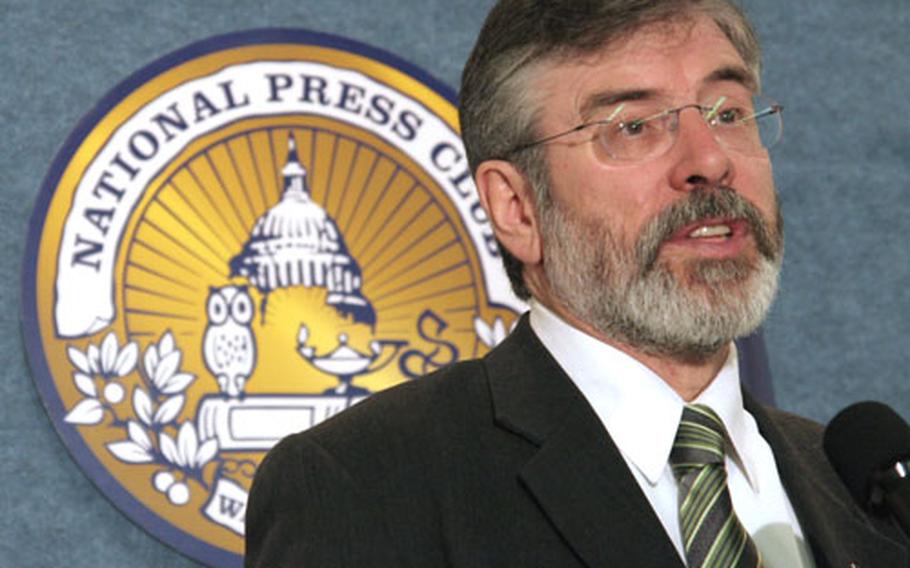 WASHINGTON &#8212; While political leaders from Ireland, Northern Ireland and the United Kingdom spent St. Patrick&#8217;s Day in the U.S. capital talking about preserving their fragile but sustained 11-year-old peace, an effort is under way in Boston to help transfer the lessons learned in Belfast, Derry and several other conflict cities around world to one of the most contested cities today: Kirkuk, Iraq.

Padraig O&#8217;Malley, a professor at the University of Massachusetts Boston, is a one-man reconciliation crew. He knows firsthand it is possible for mortal enemies, even religious ones, to shake hands.

In 1997, O&#8217;Malley brought a group of Northern Ireland negotiators to South Africa to learn how that country had found a lasting peace three years earlier. At first, the sides would not even share a hotel dining room, but soon barriers fell. One year later, the Irish Republican Army and the United Kingdom signed the Good Friday Agreement.

A decade later, O&#8217;Malley convinced 16 Iraqis from Kirkuk to meet many of those same negotiators, including Martin McGuinness, the former IRA leader who now is deputy first minister, and Mac Maharaj, a prison mate of Nelson Mandela. McGuinness led a session alongside the Democratic Unionist Party leader Jeffrey Donaldson.

The people from those countries shared how they found common humanity in their enemies and solutions out of conflicts. The resulting "Helsinki Agreement" that emerged last year is a framework to begin a reconciliation process in Iraq.

For the next step, O&#8217;Malley is initiating a "club of divided cities," he said, in Boston, April 14-16. Mayors and council members will come from Kirkuk as well as from Mitrovica, which is split between Kosovo and Serbia; Nicosia, the divided capital of Cyprus, claimed by Turkey in the north and Greece in the south; and Derry and Belfast, Northern Ireland.

O&#8217;Malley said Kirkuk council chairman Rizgar Ali Hamajan, who is Kurd, has put all of his muscle into getting other religious and ethnic groups to attend. Hamajan&#8217;s Iraqi delegation will include Shiite and Sunni Arab, Turkmen, Assyrian, and Christian leaders.

"They all see the possibilities that exist here," O&#8217;Malley said. "That&#8217;s the important thing &#8212; these are not Ph.D.s, they are not theoreticians, they are not people who have some fancy program in mind. These are people who have learned by making mistakes. And they are saying to others you can learn the mistakes we made so you don&#8217;t have to repeat those mistakes yourself. It&#8217;s a very exciting time."

O&#8217;Malley has visited Iraq 14 times in two years. "I&#8217;m as committed to it as I was to Northern Ireland or to South Africa," he said. He has secured support from Sen. John Kerry and Rep. William Delahunt, Massachusetts Democrats with key foreign policy posts in Congress.

O&#8217;Malley&#8217;s is not the only effort to link Northern Ireland to Iraq through peace. In 2007, a National Democratic Institute mission brought nine senior members of Iraq&#8217;s Council of Representatives to meet with Good Friday Agreement negotiators in Belfast, including First Minister Ian Paisley and McGuinness, enemies-turned-political opponents who frequently appear together promoting peace.

"There are people in the world who think a resolution of the situation in Iraq is impossible," said McGuinness. "I don&#8217;t accept that. Many people thought it was impossible that Dr. Paisley and I would even sit here in this room together. We overcame that impossibility and so can you."

O&#8217;Malley has searched for Iraqi leaders who want to navigate the long, hard road to peace.

"You are looking to people who will say that there is only one way forward in all of these situations, and that is through nonviolence," O&#8217;Malley said.

The participating cities are at different stages of transition in their own reconciliation, he explained. "Some of them, like even in Northern Ireland after 10 years of peace, the wounds are still very, very deep. The grievances and the losses of the past are still just beneath the surface."

Adams said he is cautious to assume Sinn Fein has license to teach others about peace. "At the same time, we do have a duty to assist," he said, and that peace requires constant engaging.

"Reconciliation is not something that can be achieved in five years or 10 years; it can take a generation or even three generations. We must understand that," he said. "That&#8217;s been the lesson of Northern Ireland, it&#8217;s in the lesson of South Africa and in Mitrovica &#8212; is that the absence of violence is not peace."