Divers beware: 'Bends' can put a crimp in your fun 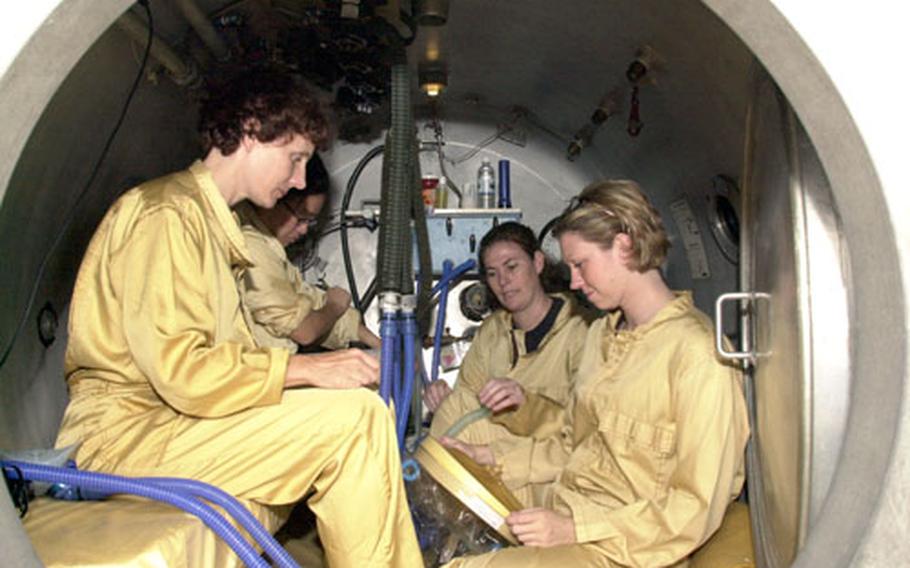 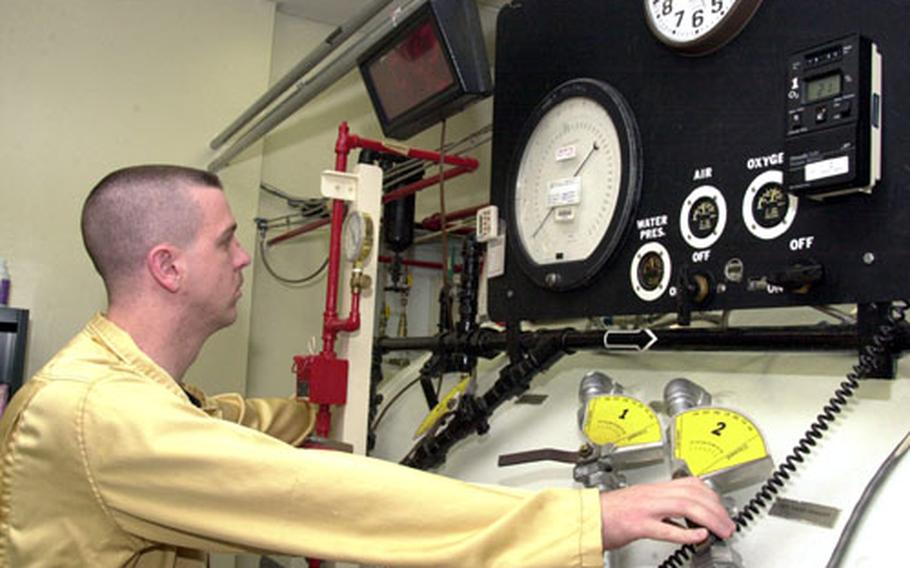 Most divers are trained and certified, but some still end up suffering from what commonly is known as &ldquo;the bends.&rdquo;

The Flight averages about one patient every three weeks throughout the year, said flight commander and team physiologist Lt. Col. Paul Gardetto.

The cause of injury or discomfort after diving isn&rsquo;t always clear, Gardetto said.

For example, a Marine came in last week after suffering foot pain for a day. The Flight doctor and physiologist suspected he may have stepped on something but couldn&rsquo;t be sure.

After the Marine breathed a concentrated, pressurized oxygen in the hyperbaric chamber, his pain &mdash; and his limp &mdash; vanished.

&ldquo;The bends&rdquo; occur when a diver breathing pressurized air retains too much nitrogen. Nitrogen normally is expelled through breathing, but water pressure combined with a rapid ascent causes liquid nitrogen to form gas bubbles in the body.

Early divers who first experienced the condition complained that they could not bend their joints; hence the name &ldquo;the bends.&rdquo;

The bubbles produce an ache that may start as soon as the diver surfaces or may begin up to 24 hours later, Gardetto said.

While the bends may go away on their own, a central nervous system disorder or arterial bubble can be dangerous and needs prompt treatment. Symptoms may be as simple as headaches or numbness in the legs, or as serious as paralysis.

&ldquo;They blow it off it first, then after they haven&rsquo;t slept for two days, they go and see a doctor,&rdquo; Gardetto said. &ldquo;By that time, we&rsquo;re treating whatever tissue damage &hellip; resulted from the bubble.&rdquo;

Multiple dives during the same day, especially if the second dive is deeper than the first, also can put a diver at risk, said crew chief Staff Sgt. Becky Hale.

For example, a few months ago a diver dropped a camera at a 30-feet depth. She swam back down to a depth of 80 feet to get her camera, without stopping at intervals to acclimate to the added pressure. When she arrived at the hyperbaric chamber, she was as white as a ghost, Gardetto said.