Distiller instills secrets of his trade at Aviano 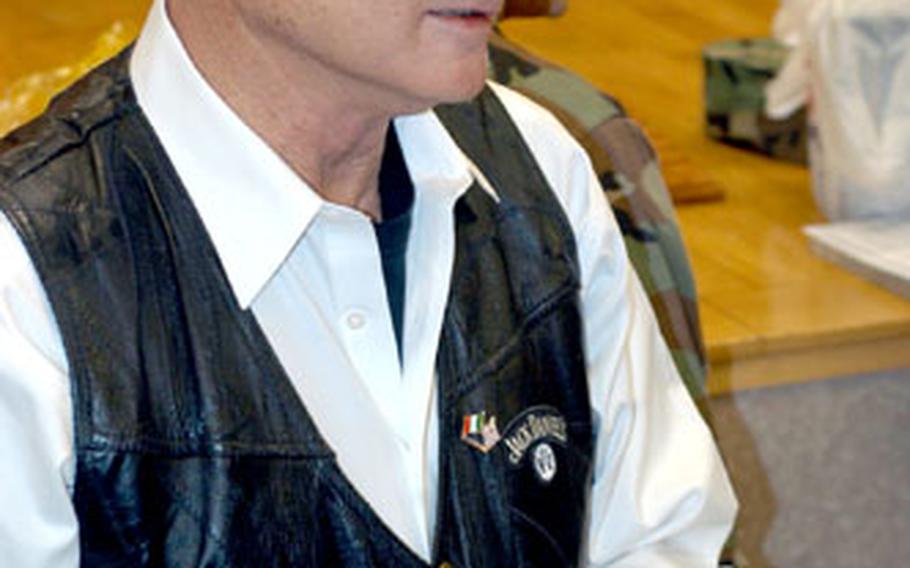 Jimmy Bedford, master distiller for the Jack Daniel Distillery, talks to an airman after signing a bottle of the world’s best-known hard liquor. He visited bases in Italy this week and is set to meet others in Germany next week. (Kent Harris / S&S)

Jimmy Bedford, master distiller for the Jack Daniel Distillery, talks to an airman after signing a bottle of the world’s best-known hard liquor. He visited bases in Italy this week and is set to meet others in Germany next week. (Kent Harris / S&S) 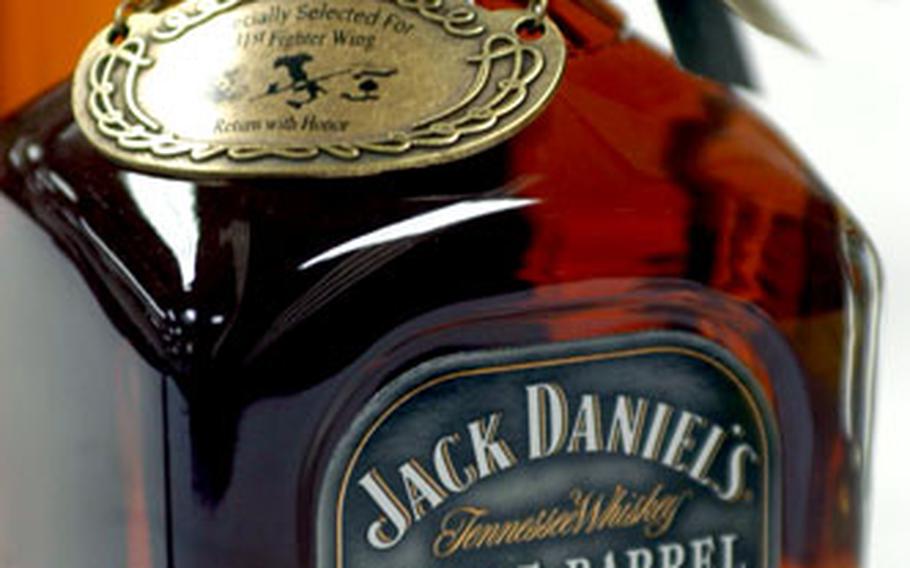 The medallion on this bottle of Jack Daniel’s whiskey says it was made especially for the 31st Fighter Wing, based at Aviano Air Base in Italy. (Kent Harris / S&S)

AVIANO AIR BASE, Italy &#8212; Jimmy Bedford said he knows that some people might be a bit cynical when they hear him talk about drinking responsibly.

After all, he&#8217;s the master distiller for the Jack Daniel Distillery &#8212; the company that produces the world&#8217;s best-known hard liquor product.

&#8220;Our company is very, very responsible and we would hope that you would be,&#8221; he told a group of company-grade officers Friday at the base&#8217;s community center.

Bedford was in Aviano as part of Project Connect, designed to have business leaders share secrets of success with base personnel.

Bedford has some personal knowledge of the military. He served in the Army National Guard following graduation from college in 1963. He recalls two major activations: setting up a tent city in Florida for a military buildup during the Bay of Pigs; and patrolling the streets of Nashville following the assassination of Martin Luther King Jr.

While members of today&#8217;s military deploy more than troops did then, they still have at least one thing in common: They like to have a good time when not in uniform. Perhaps, on occasions, too good a time.

Reports by Stars and Stripes in the past few years have indicated an average of three citations for drinking and driving issued each day to Americans at military installations in Europe. Aviano, where Italian wines are more plentiful than Tennessee whiskey, is not immune. The counters at the base exits indicating days without DUIs are routinely reset before the numbers get very high.

Bedford is one of those who argue for the benefits of limited alcohol consumption.

Bedford taped a public service announcement against drinking and driving in the morning. He spent much of the day signing special-edition bottles, T-shirts and photos for hundreds of admirers at the Army and Air Force Exchange Service store on base.

On Saturday, he was scheduled to visit Vicenza before making several stops in Germany next week.