Disney beats out Mao, Oprah as history's most influential figure 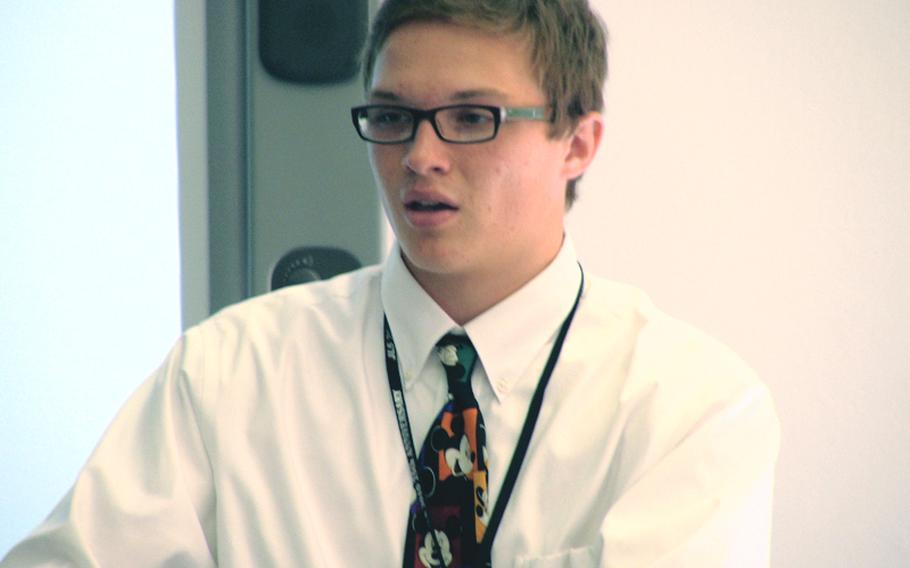 Each year, the school&rsquo;s sophomore honors history and English classes compete in the Power of One Conference to determine history&rsquo;s most influential figure. This year, that person was Walt Disney, who was represented by student Ben Kubas.

&ldquo;I picked someone I believed in,&rdquo; Kubas said after beating out 22 other contestants. &ldquo;I believed everything I said, and I think that&rsquo;s why I was so persuasive.&rdquo;

The Power of One Conference is a yearlong project that asks students to research the person they think exercised more influence on world history than any other. The project culminates in a daylong series of presentations, debates, panel discussions and a final session pitting the top four presenters against one another. Winners at each stage are determined by student votes.

Students are prohibited from choosing past winners of the event, but otherwise the choices are value-neutral and eclectic. Adolph Hitler won in 2005, Vladimir Lenin in 2006. The past three years&rsquo; winners were Sigmund Freud, Charles Darwin and humanitarian Oskar Schindler.

To take home this year&rsquo;s honor, Disney had to take on historical heavyweights such as Alexander the Great, Genghis Khan and Ho Chi Minh, as well as more contemporary figures like Bill Gates, Oprah Winfrey and John Lennon.

His toughest challenger, though, was Mao Zedong &mdash; presented by Andrew Hooks &mdash; who carried the day in the head-to-head debate and panel discussion portions. Hooks posited that Mao&rsquo;s revolution made China into a major economic and political power. Plus, he saw in Mao a built-in, if somewhat Machiavellian, edge.

&ldquo;I read that Mao killed more people than Hitler,&rdquo; Hooks said about his reasons for choosing the Chinese dictator, &ldquo;Hitler won, so I thought I could win with Mao.&rdquo;

In the final-four showdown, Kubas, as runner-up in the debates, and Hooks were joined by Rebecca Lee, who argued for Louis Pastuer, and Kelly Rene, who made the case for Winfrey.

Lee asserted Pasteur&rsquo;s discoveries have saved millions of lives and that the work of the institute he established continues today. Rene argued that Winfrey&rsquo;s massive charitable work and the effectiveness of her worldwide telecasts in spreading knowledge made her the most influential historical figure.

But Kubas argued that Disney brought a message of love, happiness and hope to millions of families in every corner of the world.

&ldquo;It&rsquo;s not about hope,&rdquo; Hooks-as-Mao countered, &ldquo;it&rsquo;s about power. I exercised absolute power over 1.5 billion people for 20 years.&rdquo;

The class, however, found Kubas the most persuasive.

&ldquo;My family is really strong for Disney,&rdquo; said Korbas, who dressed the part by wearing a Mickey Mouse necktie. &ldquo;We&rsquo;re members of the Disney Vacation Club. My family has built so many memories on it.&rdquo;

Power of One candidates