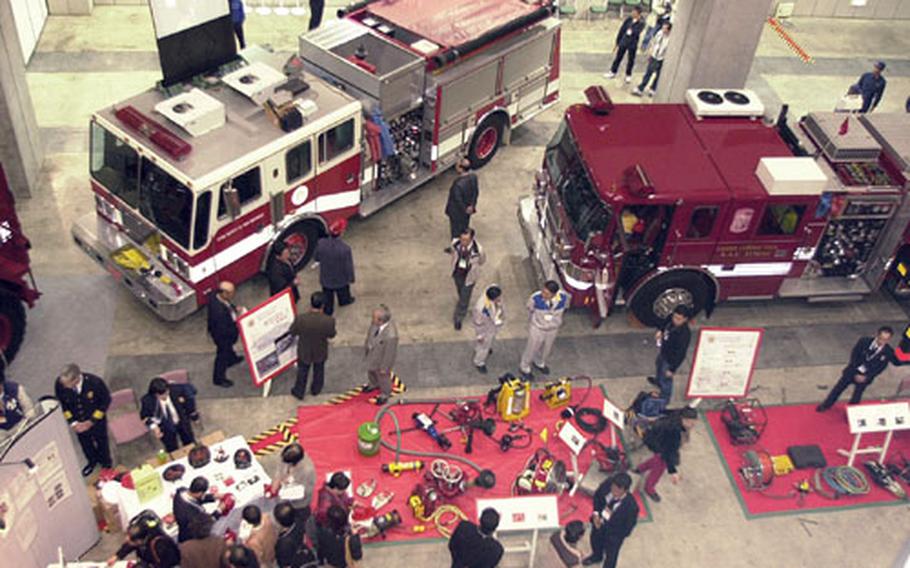 The Tokyo International Fire and Safety Exhibition is the largest in Japan. (Jim Schulz / S&S)

The Tokyo International Fire and Safety Exhibition is the largest in Japan. (Jim Schulz / S&S) 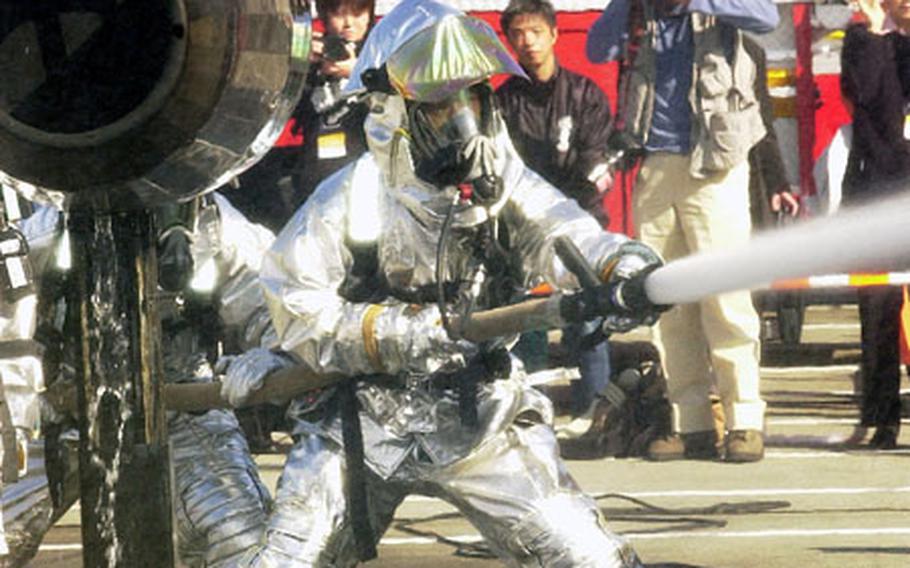 Nozzleman Eiichi Onishi from the Yokosuka Naval Base Fire Department fights a fire during a demonstration at the Tokyo Big Sight. (Jim Schulz / S&S)

The exhibition is a good opportunity to show how we educate and train, Navy Regional Fire Chief Dan Marshall said, noting it&#8217;s also an opportunity to &#8220;show friendship and relationship with the local cities.&#8221;

The Naval Forces Japan Fire Department has an agreement with municipal departments to support each other during large disasters.

A vehicle with Hazardous Material Response and Confined Space Rescue equipment and a 105-foot ladder truck that can move in any direction were on display along with remote-operated talking robots teaching fire prevention.

The device is aircraft-shaped and uses propane to start a training fire. The flames are controllable and the exhaust environmentally friendly, officials said.

&#8220;I saw that they are putting strong effort in educating the children,&#8221; said Katsuaki Sugita, a spokesman and a fire captain of Toyo Fire Department, an event organizer.

He said he was impressed with the materials.

&#8220;The education for the children is based on their own responsibility, and it is helpful and informative,&#8221; he said.

In addition, about 40 people from around Japan took a tour of the fire department at Yokosuka Naval Base on Friday.