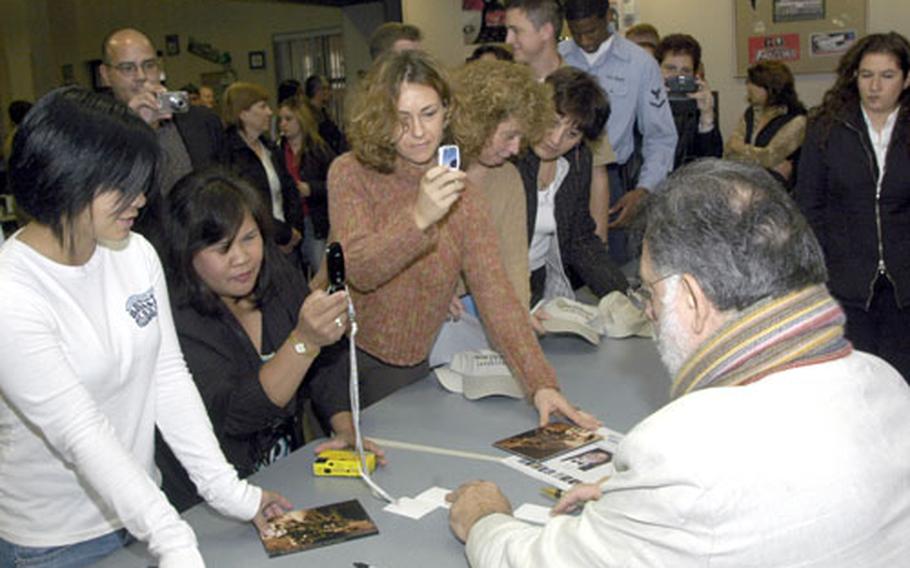 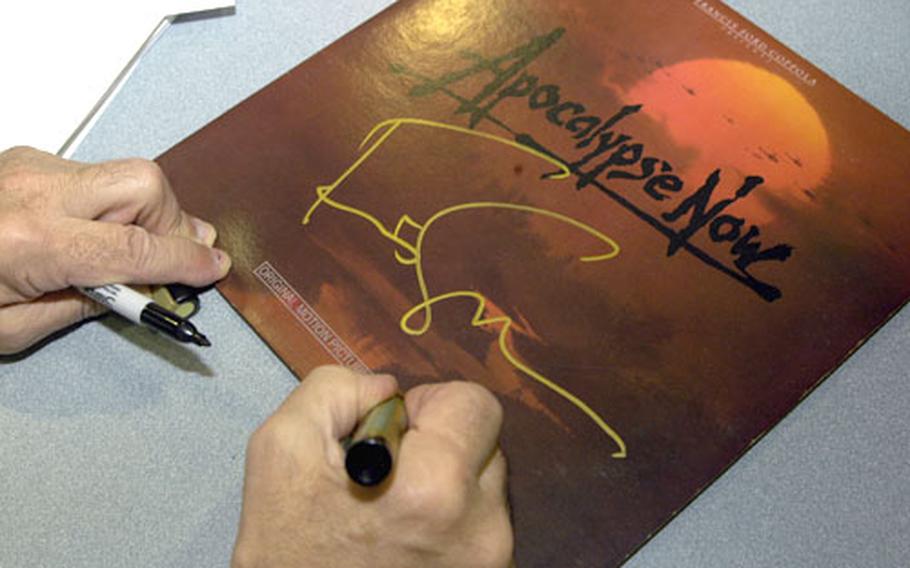 Scrawled in gold-colored ink across its face is the autograph of Francis Ford Coppola.

For roughly 30 minutes Tuesday, Coppola visited with sailors and base employees, divulging nuggets of information about his past, present and future.

Nuggets such as Coppola&#8217;s intent to bail out of the out-only-to-make-a-buck film business. Instead, he plans to dedicate time, talent and cash to making &#8220;art films,&#8221; reverting to aspirations he had three decades ago.

&#8220;When we were young guys in the 1970s, we wanted to make art films like they did in Europe,&#8221; he said, referring to fellow director George Lucas. &#8220;But we needed to make money first. We were incredibly broke, as you can imagine.

The big screen isn&#8217;t his only passion. For the past 25 years, the Coppolas supplemented their fortune in the wine business, and now Coppola, a Detroit native, wants to expand the family business in resorts.

He recently inherited a family home in the neighboring Basilicata region of Italy and hopes to turn it into a resort. He is in Italy to visit the picturesque town of Positano, on the Amalfi Coast. &#8220;I came for inspiration,&#8221; said Coppola, clad in an oatmeal-colored linen suit, mint shirt, and multicolored, striped wool scarf.

While in this part of the world, well, he said he couldn&#8217;t pass up an invite from the base&#8217;s Morale, Welfare and Recreation office to visit with sailors and base employees and extend warm Thanksgiving wishes.

Coppola was impressed by how much the crowd knew of his life, and expressed as much when a sailor asked what it was like to work with Jim Morrison, lead singer of The Doors.

Coppola said the rock legend was &#8220;quiet and a poet. He knew a lot about philosophy. He was a brilliant guy, but not a word out of him.

Sailors actually do read, someone said, eliciting chuckles from a few.

Coppola and Morrison both attended film school at the University of California in Los Angeles.