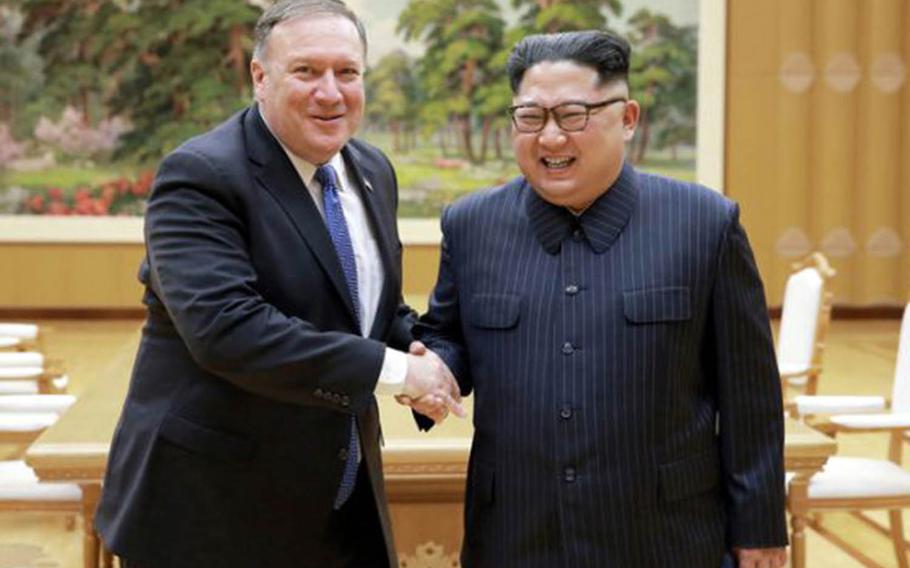 SEOUL, South Korea — North Korean leader Kim Jong Un’s recent diplomatic offensive has proven to be a public relations coup among a group that has long considered him the enemy — South Koreans.

After years of being seen as a reclusive, cartoon-like character who rules his country with an iron fist, the 34-year-old third-generation leader is suddenly appearing on the global stage with senior U.S., Chinese and South Korean officials.

The burst of public outreach has eased tensions after months of threats and missile tests that raised fears of war on the divided peninsula as the North demonstrated rapid progress in its nuclear weapons program.

A major turning point was the April 27 summit between Kim and South Korean President Moon Jae-in, which was broadcast live on a large-screen TV on a major square in Seoul and had people around the world glued to their sets.

“It was weird. I am not from the war generation, but it was moving,” said Lee Miso, a 30-year-old office worker from the southern city of Ulsan. “It was touching when our president crossed the border.”

She also was cautiously optimistic that the third-generation North Korean leader was sincere in his outreach.

“It might be showmanship, but I think he seems to be open-minded and ready to have conversations,” she said.

Not everybody was impressed. Choi Jung Hoon, a 47-year-old Seoul resident, said he believes Kim Jong Un is putting on a show to ease international economic sanctions aimed at punishing the banned weapons activity.

Choi pointed to allegations of human rights abuses by the regime, which is considered one of the most repressive in the world.

But recent polls suggest opinion is beginning to shift.

A survey by the Korea Research Center in the days after the historic inter-Korean summit showed that 77.5 percent of the 1,023 respondents said they now view Kim as trustworthy.

Moon also enjoyed a positive approval rating from 86.3 percent of the respondents, and the same number believed the upcoming U.S.-North Korean summit would have a positive result.

The April 29-30 survey was commissioned by the South Korean TV station MBC and had a margin of error of plus or minus 3.1 percent.

The findings about Kim were a sharp reversal from another poll conducted by Gallup Korea just weeks earlier that found that the North Korean leader was viewed favorably by just 10 percent and unfavorably by 83 percent of the 1,003 respondents. The March 13-15 survey had the same margin of error.

Just over 48 percent of freshmen surveyed by a journalism professor at Kookmin University in Seoul said they came to have a positive image of Kim after the inter-Korean summit, compared with 4.7 percent beforehand, the Yonhap News Agency reported Tuesday.

It added that words used by the students to describe Kim before the summit included dictator, nuclear, cruelty, obesity, violence and unpredictability. The narrative shifted after the televised meeting to more positive expressions such as frank, youthful, humorous, charming and open-minded.

Yonhap said the poll included 106 students ages 19 to 21 before the summit and 89 afterward. It had a margin of error of 9.8 percentage points.

While it’s impossible to measure public opinion in North Korea as the population of 25 million remains isolated, the state-run media also have shifted from showing pictures of the leader presiding over missile tests to smiling and shaking hands with foreign dignitaries.

In an unprecedented image, pictures of Kim meeting with visiting Secretary of State Mike Pompeo were splashed on the front page of the official newspaper Rodong Sinmun on Thursday.

President Donald Trump also has gone from mocking the North Korean leader as “little rocket man” to praising him as “very honorable” as the two men gear up for the first-ever U.S.-North Korean summit expected in coming weeks.