Dill takes the reins at Wiesbaden 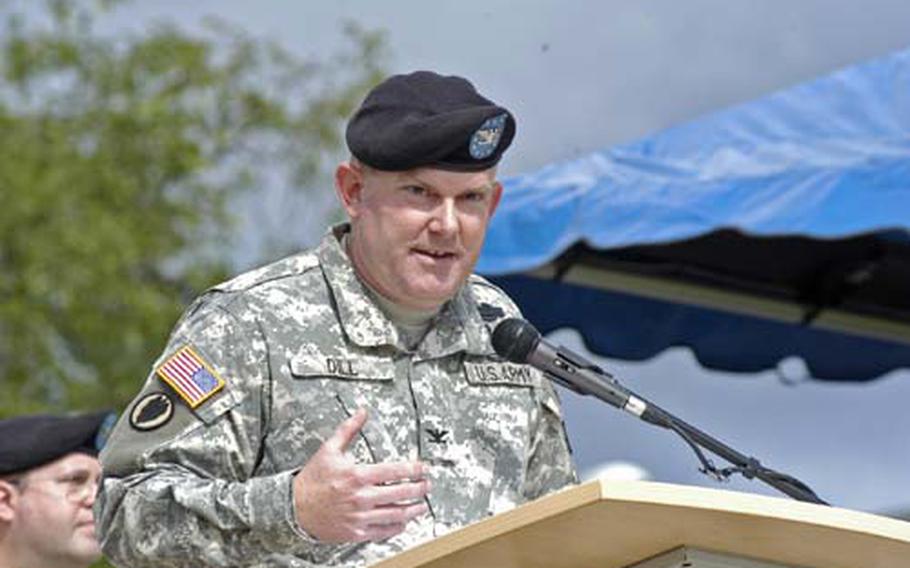 Dill comes to Wiesbaden from Boston, where he served as a Senior Service College fellow at Tufts University&#8217;s Fletcher School. Prior to that, he served as the chief of training assessment and validation with Combined Security Transition Command &#8212; Afghanistan, where he worked to develop the Afghan National Security Force.

Dill takes on his new role as the community continues to transform in anticipation of 7th Army&#8217;s arrival from Heidelberg.

Dill replaces Col. Ray Graham Jr., who retired from the military shortly before the change-of-command ceremony. Graham is noted for enhancing German-American ties within the Wiesbaden community, highlighted by his support of events marking the 60th anniversary of the Berlin Airlift last June, for which he orchestrated the first open house of a U.S. Army installation in Europe since the Sept. 11, 2001, terrorist attacks.