Dignitaries, base officials serve up holiday meal at Lakenheath 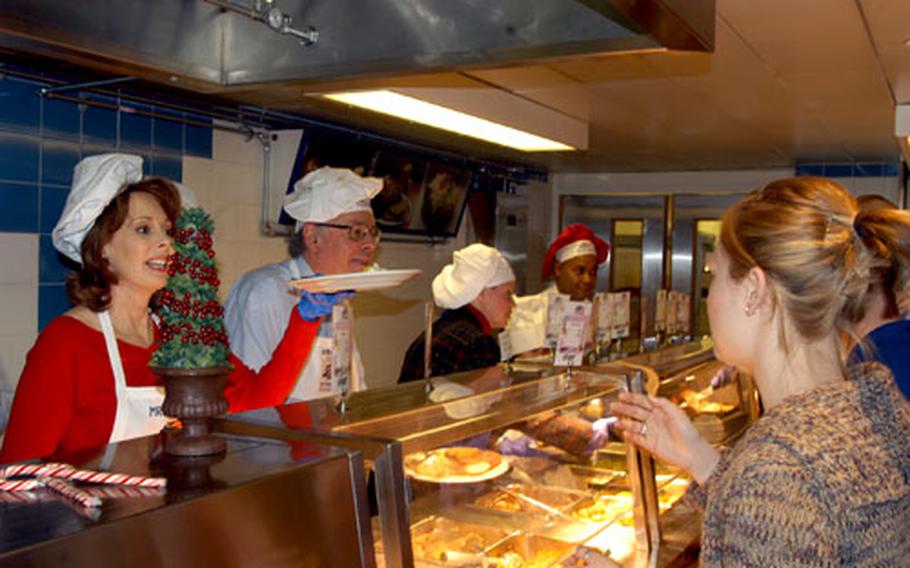 Maria Tuttle hands a plate of food to an airman at RAF Lakenheath’s dining facility Christmas morning while her husband, U.S. Ambassador to the United Kingdom Robert Tuttle, prepares a plate for another airman. (Bryan Mitchell / S&S)

Maria Tuttle hands a plate of food to an airman at RAF Lakenheath’s dining facility Christmas morning while her husband, U.S. Ambassador to the United Kingdom Robert Tuttle, prepares a plate for another airman. (Bryan Mitchell / S&S) 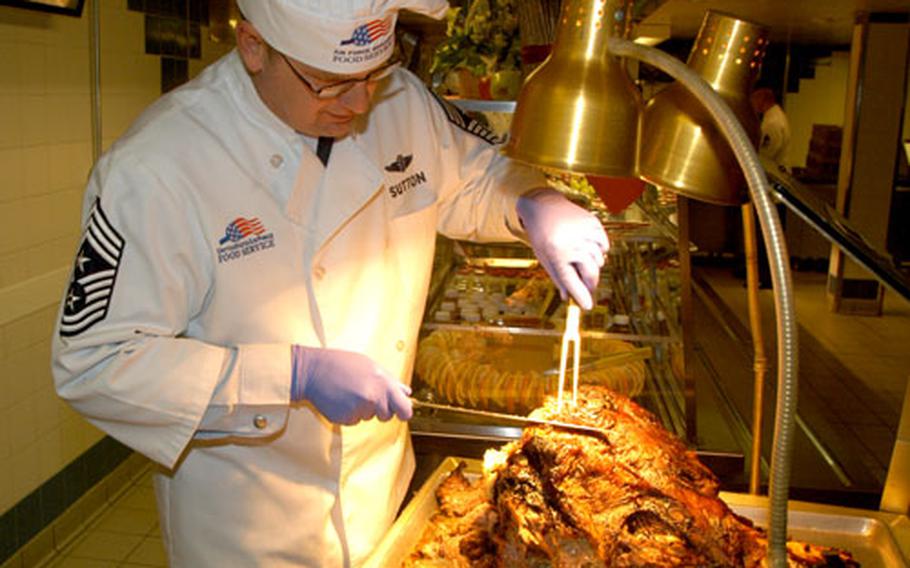 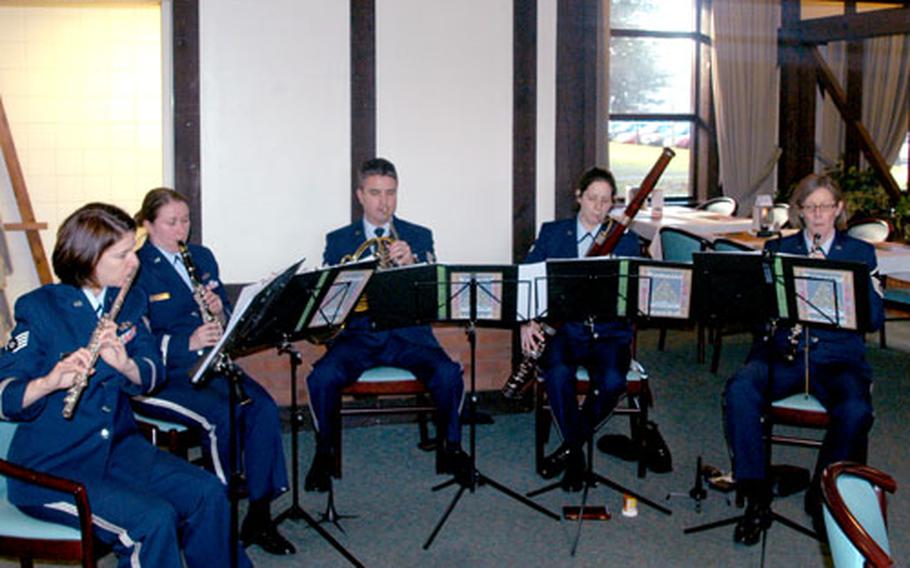 Christmas morning he was asking airmen which type of stuffing they preferred.

Airmen who arrived at the Knight&#8217;s Table dining facility Christmas morning were served by a cadre of dignitaries and high-ranking base officials ready to trade their normal posts to serve the troops.

Steel said he felt blessed to spend Christmas at home with his family after being deployed to Baghdad as the Director of the Multi-National Force Air Component Coordination Element during last year&#8217;s holiday season.

Also on hand was a five-piece group of the U.S. Air Forces in Europe band, which played typical Christmas songs while the airmen munched on turkey, roast beef, stuffing, mashed potatoes and shrimp cocktail.

Airman 1st Class Bryan Oguin, 20, of South Haven, Mich., and Airman 1st Class Alderne Abraham, 26, of San Diego, are co-workers at the 48th Dental Squadron. They were two of the first airmen to be served by the ambassador and general.

The two airmen said they plan a low-key Christmas, most likely capped off with a small get together at a friend&#8217;s place.

Besides serving up all the fixings Americans come to expect with a Christmas meal, Tuttle also toured the base with Steel.

&#8220;I learned a lot about the inspections and visited the fire station and with the security forces,&#8221; Tuttle said. &#8220;I was extremely impressed with the fire inspection program.&#8221;

Later in the day Tuttle was slated to travel a few miles to RAF Mildenhall where he planned to serve airmen there and conduct a second base tour.

&#8220;My wife and I would like to express to everyone here how proud we are of their service and how lucky we are to have them defending our country,&#8221; he said.