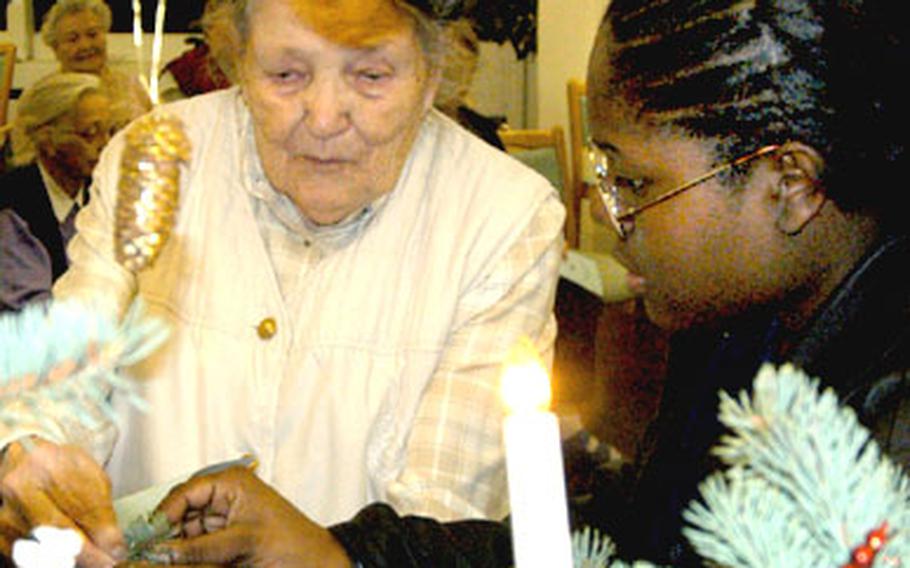 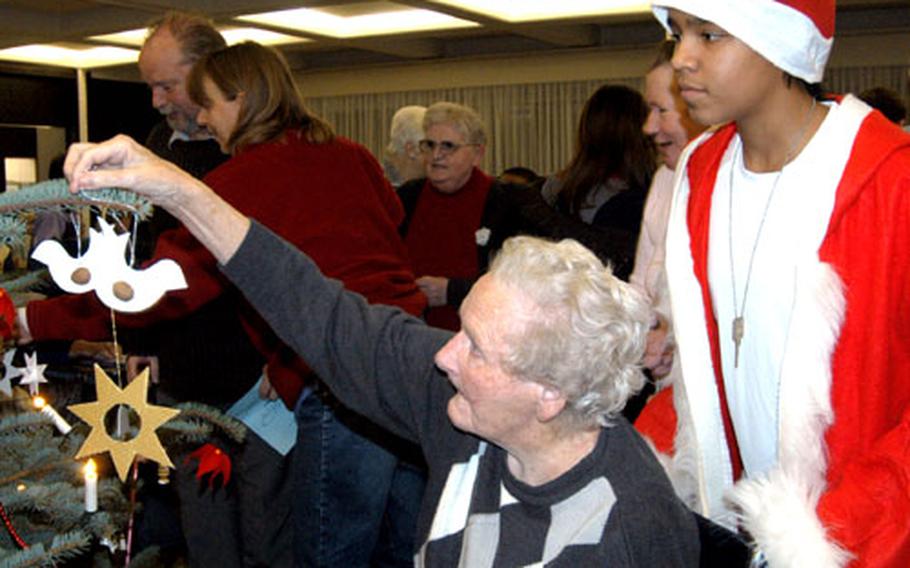 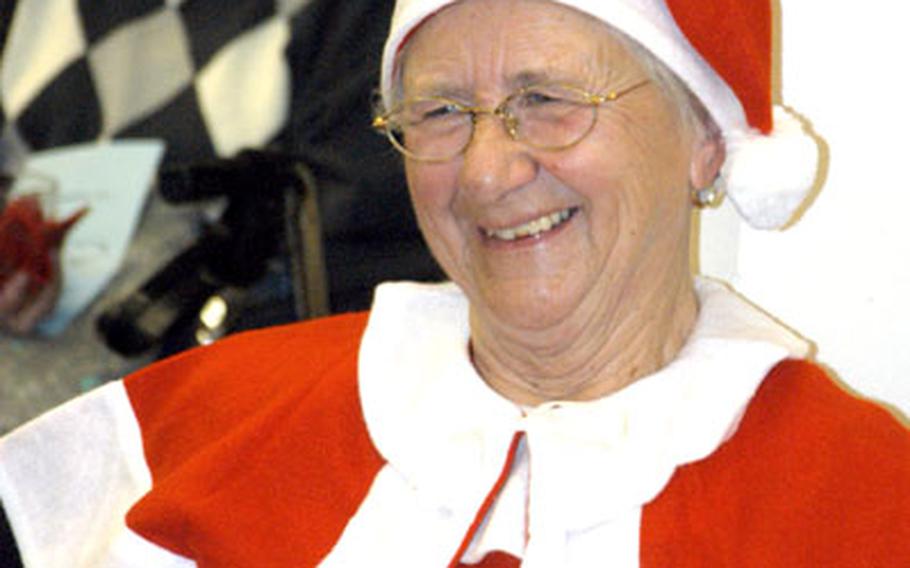 Lore Hübner, dressed a little like Mrs. Claus, enjoys the show put on by kids from the Dexheim military community at the Oppenheim senior citizens&#39; home. (Michael Abrams / S&S)

OPPENHEIM, Germany &#8212; It didn&#8217;t take a grasp of the German language to bake cookies, years of experience to decorate a Christmas tree, or a sense of proper customs to sing carols.

Children from Child and Youth Services at Dexheim realized the spirit of Christmas is a universal language when they visited about 60 elderly Germans on Monday evening at a home in Oppenheim.

During the tree decorating, children brought ornaments to the senior citizens and then helped them to the tree to decorate together.

Janay Flowers, 15, an eighth-grader at the Wiesbaden American Middle School, asked three senior citizens to accompany her to the Christmas tree to decorate it.

Dexheim children have been visiting the Oppenheim senior citizen home for 20 years and have brought Santa Claus with them for the last four years.

Esther Herrmann, director of events for the senior citizens, said the visit lifts the spirits of the residents.

Many of the seniors smiled in their seats or wheelchairs, while others sipped warm spiced wine during the final performance of &#8220;Rudolph the Red-Nosed Reindeer.&#8221;

Kenneth Barnett, 9, said being in the final show was his favorite part of the visit and he was glad he could bring some holiday cheer to the German home.

Anneliese Wessler, a resident of the home, said American children have been coming for so long that it almost seems like a family tradition. In fact, she said, it would be nice to see the children more often.

Linda Traynham, who organized the event through youth services along with the Area Support Team, said she is looking into organizing more events during school breaks throughout the year.

At the end of the show, Herrmann offered drinks and sweet treats to the children.

Some of the senior citizens wished the children a final happy holidays in German, while the children said Danke sch&#246;n &#8212; thank you &#8212; in return.