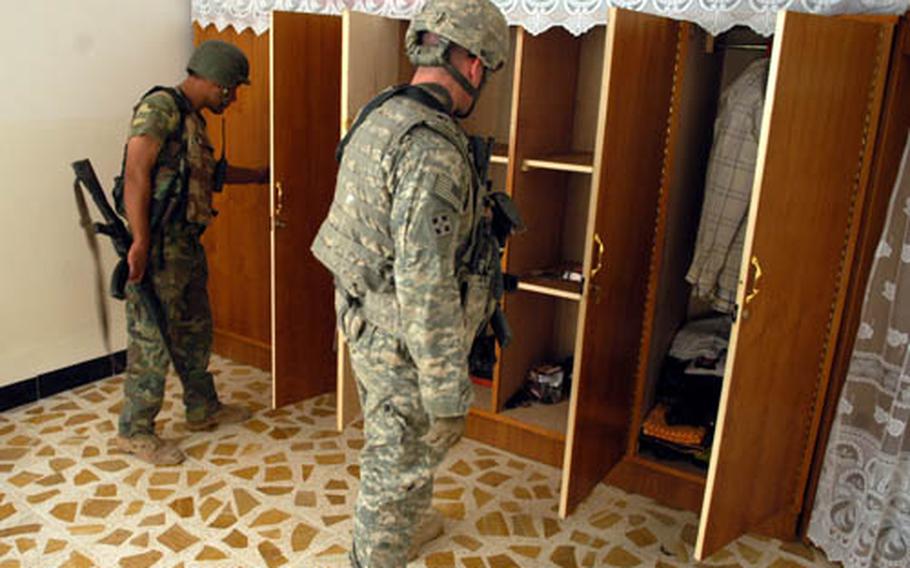 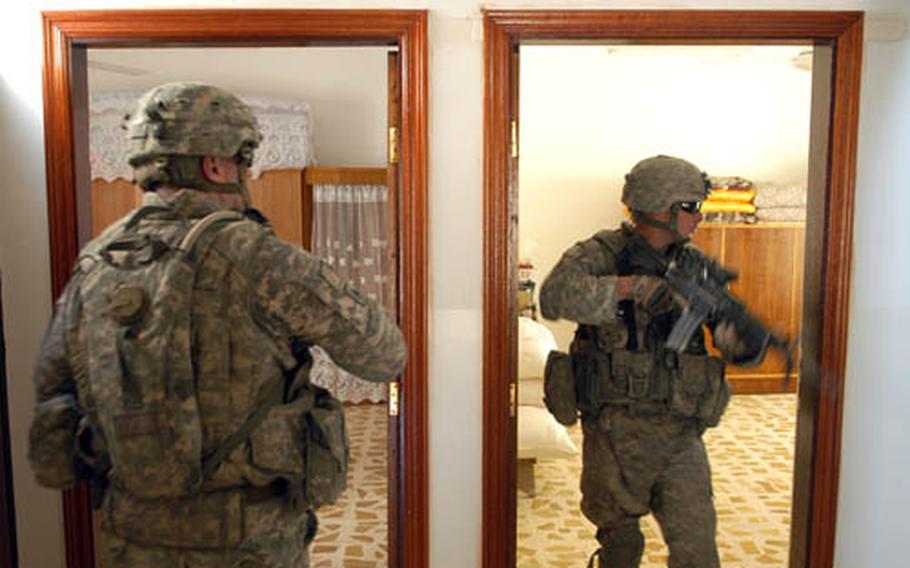 MOSUL, Iraq &#8212; The Iraqi man feared for his and his family&#8217;s lives, yet he felt compelled to help U.S. soldiers capture insurgents in a brutal part of this northern Iraq city.

He nervously recounted enemy activity that occurred near his home in the Tamooz neighborhood. One night he heard gunfire and saw insurgents fleeing from an Iraqi army checkpoint they had just shot up. Another time he witnessed other insurgents blow themselves up while attempting to place roadside bombs.

And a few months ago, he drove past a headless body dumped in the street.

"I saw this with my own eyes," said the man, who said he works as an Iraqi army special forces soldier in central Iraq. His identity is being withheld for safety concerns.

The man then showed photos of himself in uniform posing beside U.S. soldiers. He joked that he hides these photos under his pillow. "If people here knew that I&#8217;m in the army, they&#8217;ll kill me," said the man. His cousin and two nephews had already been killed by insurgents, he added.

A batch of insurgents is thought to have recently immigrated to the area from Tal Afar, about 40 miles to the west, Denn said. His unit hopes to use the man&#8217;s insight to detain some of them.

U.S. and Iraqi soldiers refuse to let the newcomers hurt progress made on the east side of Mosul, where Tamooz is located.

Though soldiers operate within the city at roughly two dozen combat outposts, tips from locals are useful to generate intelligence on these nearby enemies.

As in much of the city, eastern Mosul was once a safe haven for insurgents. Soldiers credit the opening of combat outposts and a surge of Iraqi army units for calming the region this year.

"Pretty much every mission we went out on earlier in the year had some sort of enemy contact," said Spc. Daniel Harvey, 26, of Oxford, N.Y., assigned to Company C. "Between the Iraqi army and us, we&#8217;ve put a lot of pressure on insurgents."

An extensive network of Iraqi security force checkpoints has deterred violence in the sector as well. But the area is still crawling with "thugs" who kill residents as a scare tactic, Denn said.

"They try to intimidate the local populace and gain a foothold," he said.

Capt. Neezar Ahmed, the executive officer of an Iraqi army company in Tamooz, said his unit discovered last week the bodies of two people who had been shot in the back of the head.

At least 85 of Ahmed&#8217;s soldiers currently operate at a small combat outpost with limited facilities: two bathrooms, one shower and crowded sleeping quarters for all of them.

"I feel bad that you have to live in such conditions," Denn said sympathetically.

Regardless of the standard of living, the extra presence of Iraqi soldiers has seemed to curb attacks.

"We put down checkpoints and went out on more patrols," Ahmed said of why attacks have declined. "It was pretty bad, but now it&#8217;s better."