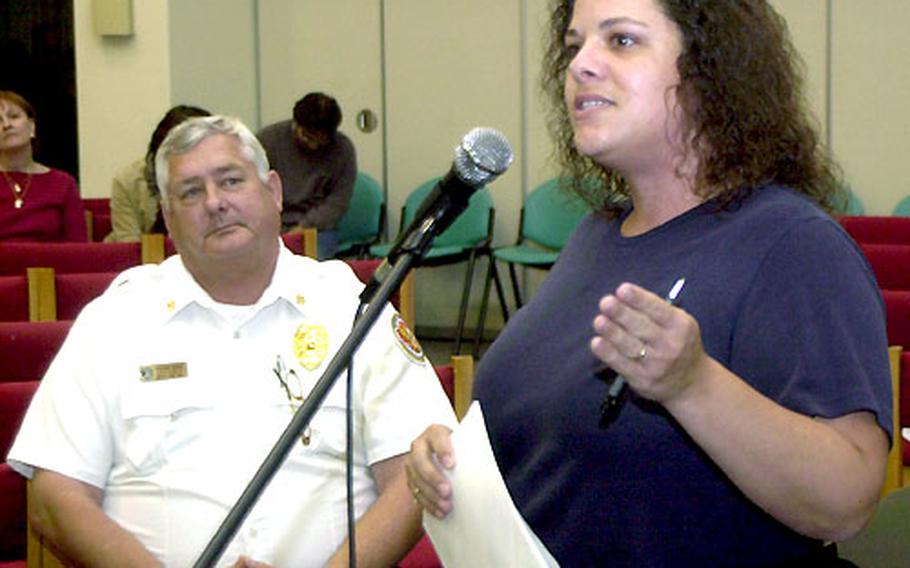 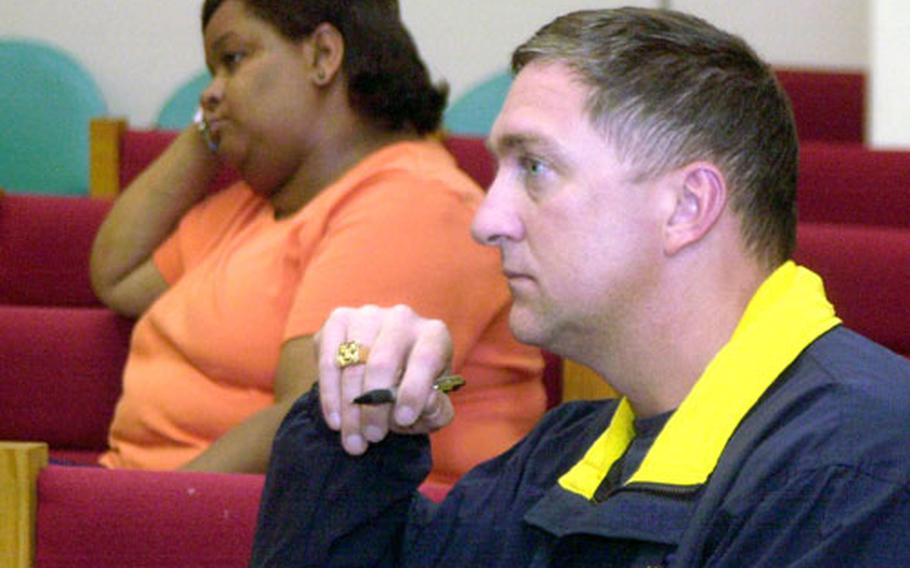 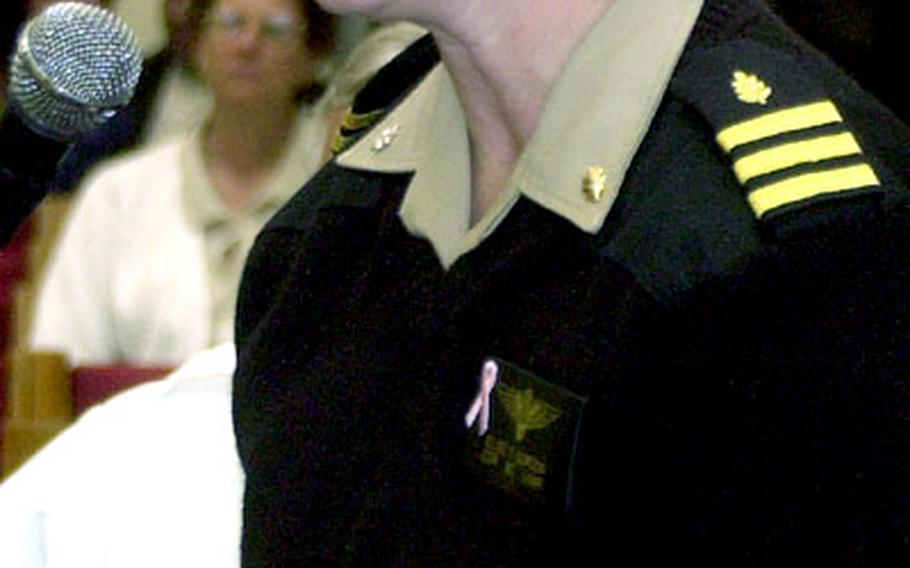 Cmdr. Elise Gordon, a physician and the officer in charge of the medical staff at Sasebo Naval Base&#39;s Branch Medical Clinic, steps to a microphone to ask a question. She also represented the medical clinic at the meeting. (Greg Tyler / S&S)

In fact, not many base community members attended. More than a third of the approximately 40 people at the meeting represented base departments required to send representatives to field possible questions from residents.

No one at the meeting mentioned a recent recommendation from Washington that the Hario commissary be closed. Base commander Capt. Michael James has called the recommendation purely preliminary and based on &#8220;faulty data.&#8221;

Hario resident Peggy Hylton, who voiced strong support for MWR, its personnel and activities, nonetheless expressed concern that Hario, not main base, is shouldering the burden of recent budget cuts.

Poluhowich said, &#8220;There are just hard choices that have to be made when it comes to dollars. One of the main factors we looked at was participation.&#8221; He added that many of the activities and facilities cut were redundant.

For example, he said, in Hario a small library was closed and some arts and crafts activities eliminated &#8212; but a large library and a full slate of arts and crafts remain available on the main base.

Despite the budget cuts, good things are on the base community&#8217;s horizon between now and early 2004, he said, especially in Nimitz Park near the main base front gate.

Also in Nimitz, restrooms between Ball Fields 1 and 2 will be renovated, the large pavilion is to be replaced and a wooden stage is being replaced with a modular multipurpose unit with generators.

Poluhowich also said new seating will be installed and the lobby expanded in the Showboat Theatre in coming months. The new Harbor View Caf&#233; is to open soon in the Harbor View Club, featuring gourmet coffee, desserts and sandwiches.

Base skipper James told the small crowd he would like to see more families interacting with single sailors.

&#8220;We need to tap into families more, who can have sailors to their homes for meals, or just over for the afternoon or for a barbecue,&#8221; he said.

With the holidays approaching, he added, &#8220;We need to [be] better at getting them off the ships and someplace instead that seems more like home.&#8221;