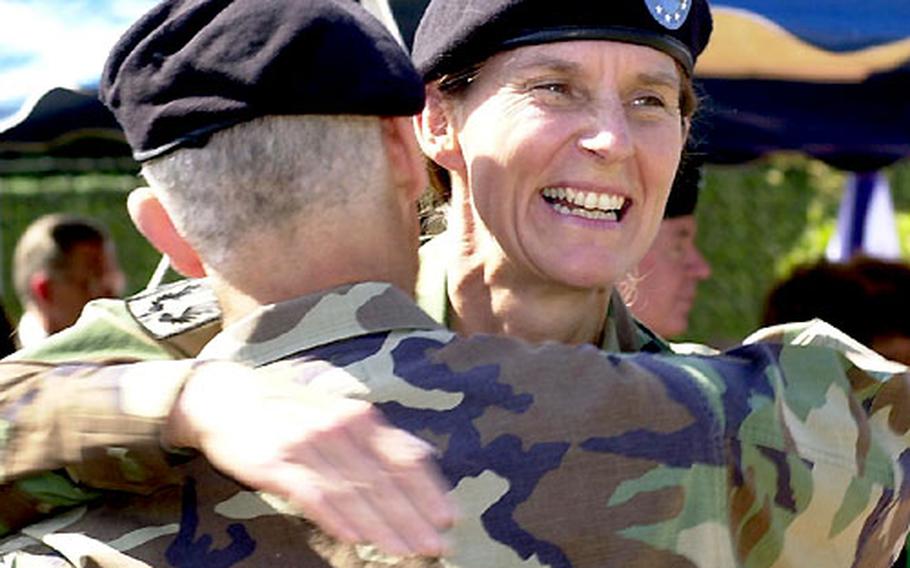 Cornum accepted the hospital colors from the outgoing commander, Col. David Rubenstein, during a ceremony at the hospital&#8217;s sports field.

She will oversee roughly 2,500 staff members under the hospital&#8217;s command. Landstuhl is the largest military medical center outside the United States, serving 300,000 beneficiaries.

&#8220;We have a huge population to serve, and I know I can help this team accomplish its mission,&#8221; Cornum said after the ceremony.

Rubenstein will serve as chief of staff of the Europe Regional Medical Command, then take command of the 30th Medical Brigade in Heidelberg next spring.

Cornum, 48, graduated from the National War College in June this year. Before that, she commanded the 28th Combat Support Hospital at Fort Bragg, N.C.

Early in her career, Cornum focused on medical research until the first Persian Gulf conflict. In August 1990, she was assigned as the flight surgeon of the 2nd Battalion, 229th Attack Helicopter Regiment. In the last week of February 1991, while performing a search-and-rescue mission for a downed Air Force F-16 pilot, Cornum&#8217;s Black Hawk helicopter was shot down.

Five of the eight crewmembers were killed and three survivors, including Cornum, were captured. The prisoners were released March 6 that year.