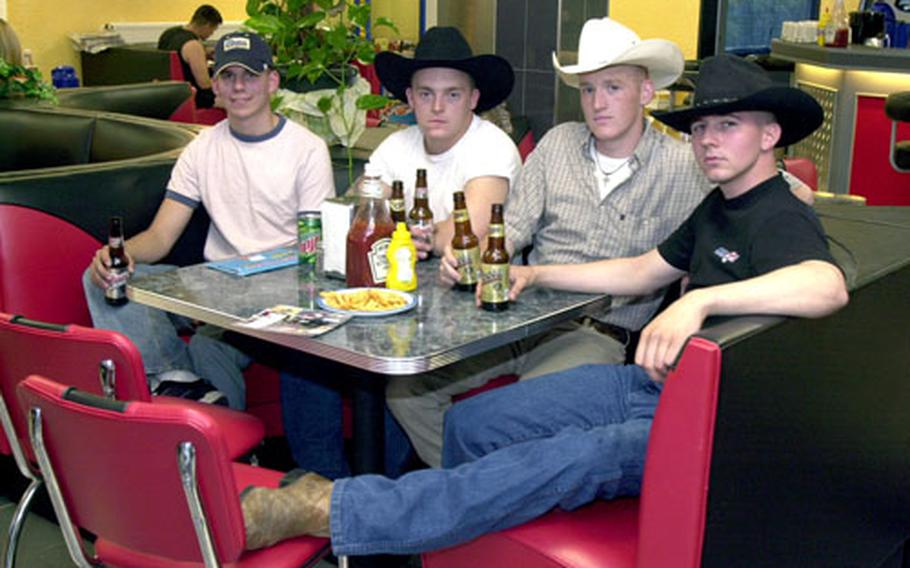 BAUMHOLDER, Germany &#8212; Pfc. Ken Wilkey remembers his first bull ride at a rodeo in Berlin a couple of weeks ago.

Then he backed off, the gate opened and Wilkey was instantly baptized into the cowboy fraternity.

But the cowboy culture is fading in Germany because of frequent deployments and the ongoing U.S. military drawdowns. Only four or five cowboys compete regularly on the Baumholder team, all drawn from Company C, 2nd Battalion, 6th Infantry Regiment, 1st Armored Division.

The team competes across Germany in European Rodeo Cowboy Association events. The ERCA is a U.S. Army Europe-sanctioned, nonprofit association. The season runs from the first weekend in March through the first weekend in October, with about 20 or 30 rodeos in Germany, Great Britain, France and Belgium.

There used to be maybe 100 members combined between Baumholder and Kaiserslautern, said Cpl. Phillip Steve, president of the Baumholder club.

Even though it&#8217;s 8,000 miles of deserts, mountains and plains away from the Old West, the ERCA is real rodeo, with events ranging from barrel racing to bronc and bull riding.

&#8220;Our stock is like high school or college,&#8221; compared to the pro broncos and bulls American cowboys have to deal with, Steve says.

Baumholder cowboys describe the circuit as competitive, but imbued with the cowboy spirit of looking after novices, loaning equipment to rivals and even placing sportsmanship over winning at any cost.

But the rodeo ring is no place for the feckless, and every Baumholder cowboy has a story about getting kicked or stomped, a story that always seems to end with the line, &#8220;I&#8217;m gonna flat tell you, I was lucky.&#8221;