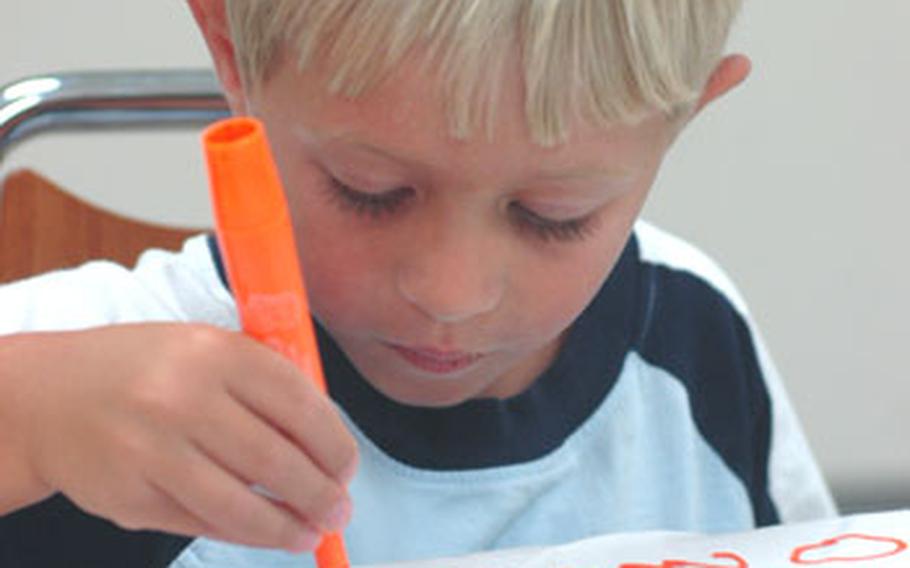 Connor Steele, 5, writes his name on a pillow case that he and his mother, Christine Steele, will mail to Connor&#39;s father, a sailor who is deployed to Kuwait until about February. Connor attended a workshop Monday in which experts gave coping tips to families of deploying sailors. (Sandra Jontz / S&S)

Connor Steele, 5, writes his name on a pillow case that he and his mother, Christine Steele, will mail to Connor&#39;s father, a sailor who is deployed to Kuwait until about February. Connor attended a workshop Monday in which experts gave coping tips to families of deploying sailors. (Sandra Jontz / S&S) 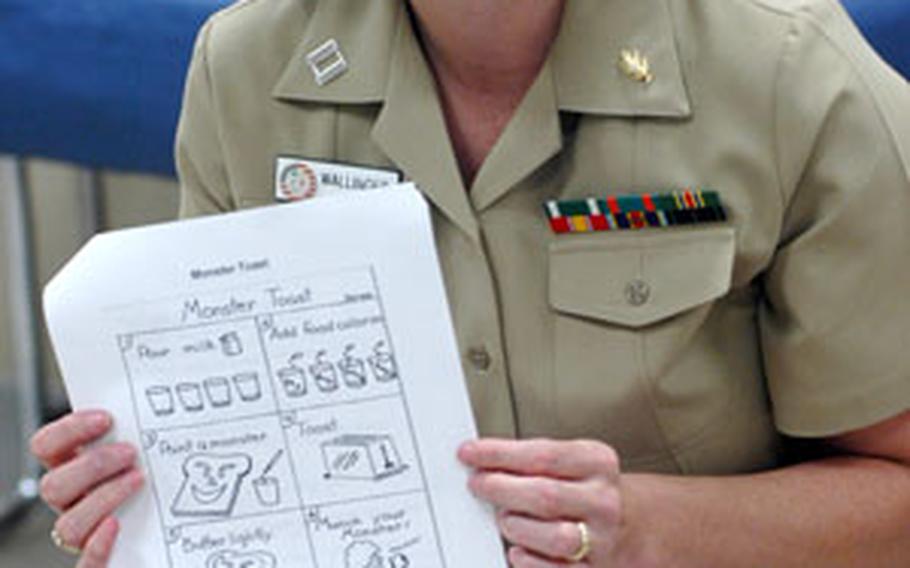 NAPLES, Italy &#8212; As the wife of a sailor, Melissa Robles is used to being separated from her husband. But his deployment in six months has filled her with all kinds of new worries: This will be the first in which she&#8217;s left behind as a temporarily single parent.

But a deployment workshop, held Monday by the U.S. Naval Hospital Naples and the Fleet and Family Support Center, &#8220;affirmed&#8221; that she&#8217;s on the right track in preparing for the separation, she said.

The workshop featured lectures by a child psychologist who stressed the importance of keeping life as normal as possible for children, and then dealt directly with some of the emotions they might experience.

And children will test the limits of what they can get away with, now that mommy or daddy isn&#8217;t there, she warned. Parents can ease the strain of separation by making videotapes of the departing parents reading a favorite children&#8217;s book, for example, or building a &#8220;treasure chest&#8221; of gifts, so when children feel sad or lonely, they can retrieve a reminder of their loved ones.

Navy Lt. Jennifer Wallinger, a nutritionist at the hospital, offered tips on quick-and-easy meals that not only are less burdensome on the parent left behind to cook, but also get the children involved.

Creativity is key, Wallinger said, as is getting the children involved in the cooking process to make them feel more useful at home.

Petty Officer 1st Class Anaestasia Jackson leaves next month for a seven-month deployment to Iraq and will send her 4-year-old son, Benjamin, to San Diego, where her husband is stationed, she said.

Benjamin spent the two hours his mother was learning drawing on a pillow case for her to take to Iraq. When told to draw a happy thought for his mother, he drew a car.

Since he&#8217;s 4 years old, the purpose behind the drawing project might have been lost on him. His reason for attending focused on something else: &#8220;So we can get snacks.&#8221;