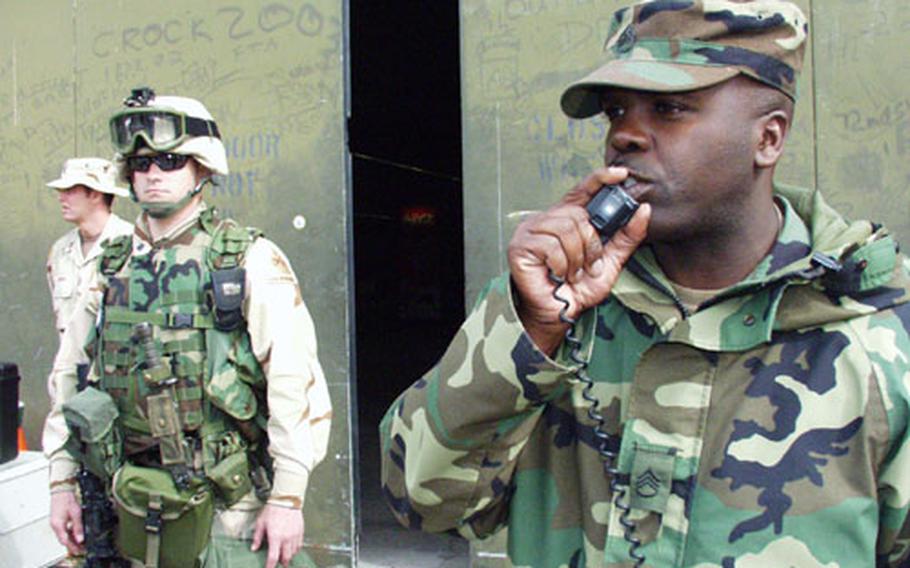 On the radio, Staff Sgt. Edwidge Patterson, a 1st Infantry Division solider temporarily assigned to the deployment center, directs troops on where to drop their bags Monday in Kaiserslautern, Germany. (Rick Scavetta / S&S)

On the radio, Staff Sgt. Edwidge Patterson, a 1st Infantry Division solider temporarily assigned to the deployment center, directs troops on where to drop their bags Monday in Kaiserslautern, Germany. (Rick Scavetta / S&S) 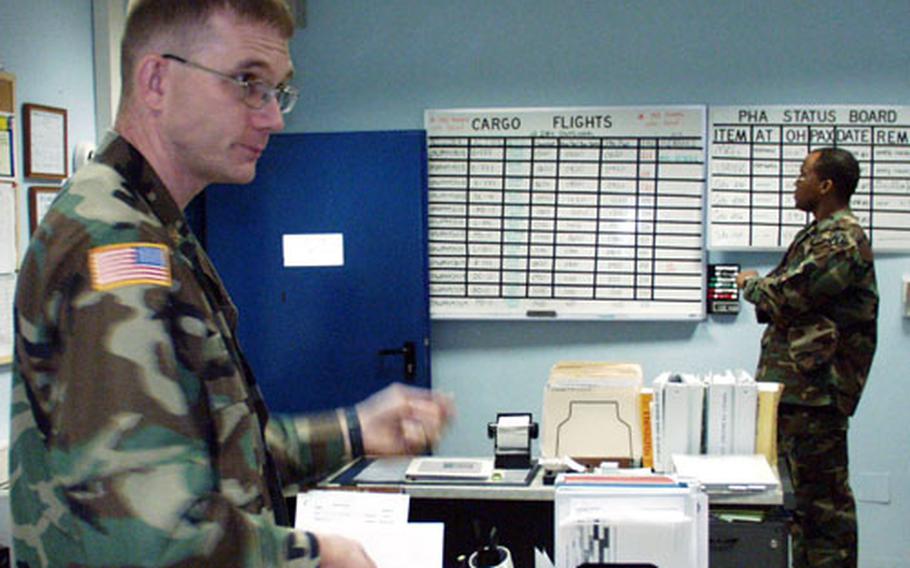 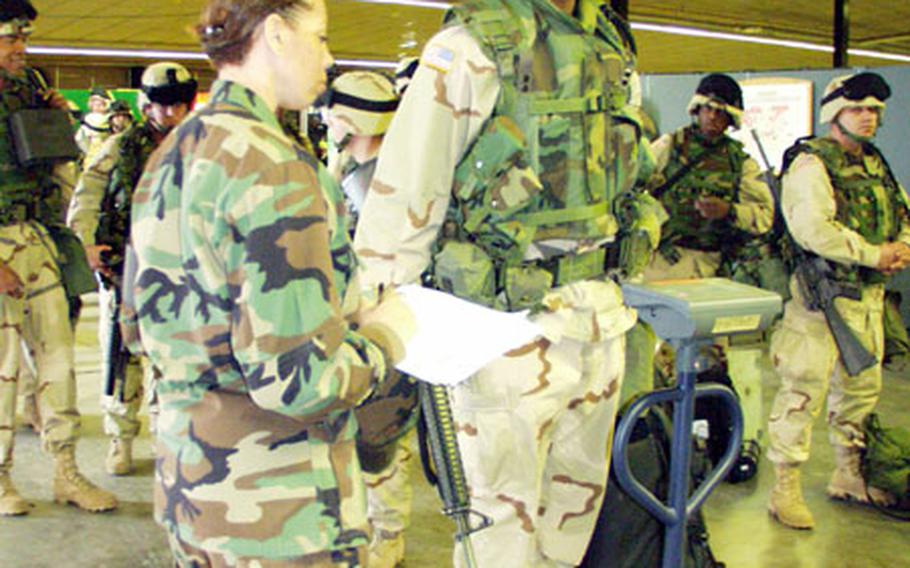 &#8220;Put all your personal gear here, rucksacks there, mark your ammunition by unit and put it over there,&#8221; Patterson said, pointing in various directions.

Thousands of soldiers with the Old Ironsides shoulder patch will pass Patterson this week at the Army&#8217;s deployment processing center on Rhine Ordnance Barracks as the division prepares to deploy to Southwest Asia as part of Operation Iraqi Freedom.

Each day, deploying soldiers arrive at the center six hours before their plane is scheduled to depart Ramstein Air Base, a 20-minute drive away.

The center can hold up to 1,700 troops in &#8220;pee-has,&#8221; Army lingo for personnel holding areas, Roose said. These hangar-size warehouses provide troops shelter for the hours, days or even weeks.

After troops haul their gear off commercial buses and into the processing center, each soldier is weighed and added to a flight manifest, said Staff Sgt. Stephanie Nicholson.

Then comes the wait, which on a good day lasts a few hours. But sometimes it can be longer.

A task force of soldiers built around 1st Battalion, 63rd Armor Regiment, waited several weeks to ship out, Nicholson said. Some 10th Mountain Division troops waited about a month, after their orders to Iraq were canceled.

No matter how long deploying troops have to wait at the center, they have a chance to relax. Most popular among the troops are the worldwide military phone lines provided by the Mannheim-based 5th Signal Command, Nicholson said.

Pingpong and billiards tables are flanked by a row of soda machines. The USO and Red Cross supply televisions and movies. For longer stays, troops have access to showers and a gym, Nicholson said.

Since April 2002, the center has serviced more than 37,000 soldiers heading to Afghanistan, Iraq and the Balkans.

Already this week, more than 2,400 division troops have shuffled through the center.

So far, the 1st AD has faced few glitches on its way out, Roose said.

&#8220;We try to make their last couple hours in Europe as smooth as possible, so they can focus on their mission,&#8221; he said.